BYD has completed a delivery of ten eBuses to public transport operator Tüke Busz Zrt, in the southern Hungarian city of Pécs. This supply marks the start of the first ever electric bus operation in the city. The vehicles were manufactured at BYD’s state-of-the-art production facility in Komárom, also in Hungary. The first BYD e-bus delivered to the Hungarian market was presented in early 2019. 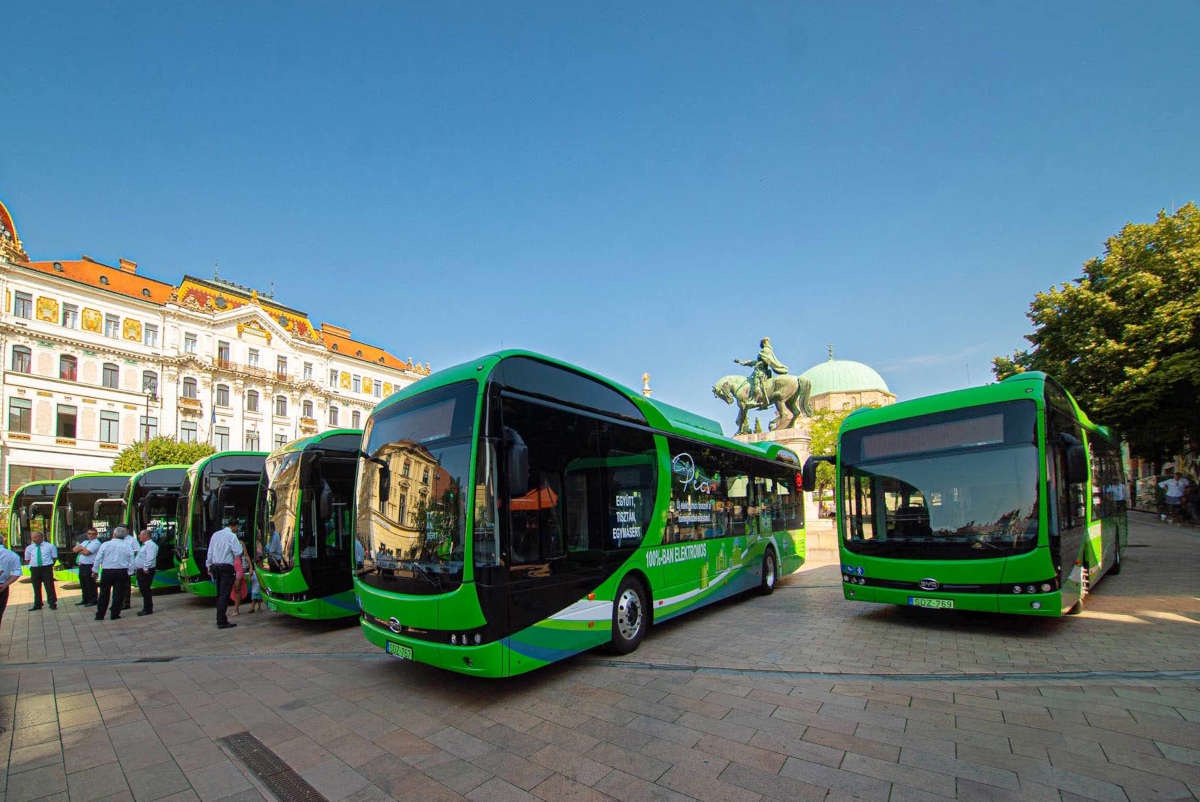 Tüke Busz Zrt’s new eBus fleet consists of BYD’s best-selling 12-metre low-floor model, and will replace the city’s ageing diesel-powered buses. The 12-metre model delivers a range of 300km on a single charge, states the manufactuer, and, across the new BYD fleet, will cover 900,000km per year. 10% of the Tüke Busz Zrt’s annual distance. Charging infrastructure for the company’s new fleet has also been designed and installed by BYD.

With its manufacturing facilities in Hungary and also in France, BYD has over 1,300 pure-electric, 100% emissions-free vehicles either delivered or on order with Public Transport Operators throughout the continent.

The eBus fleet handover begins a longer-term commitment from Tüke Busz Zrt to convert its entire fleet to battery electric power, BYD points out in a press note. The new BYD fleet was officially presented to Tüke Busz Zrt in the main city square in Pécs, with formalities overseen by key stakeholders including the Deputy Minister of the Ministry for Innovation and Technology, Tamás Schanda; the Mayor of Pécs, Attila Péterffy; the former Mayor, Zsolt Páva; CEO of Tüke Busz Zrt, Gyula Gelencsér; and Laszlo Krenner, CEE Sales Representative at BYD. 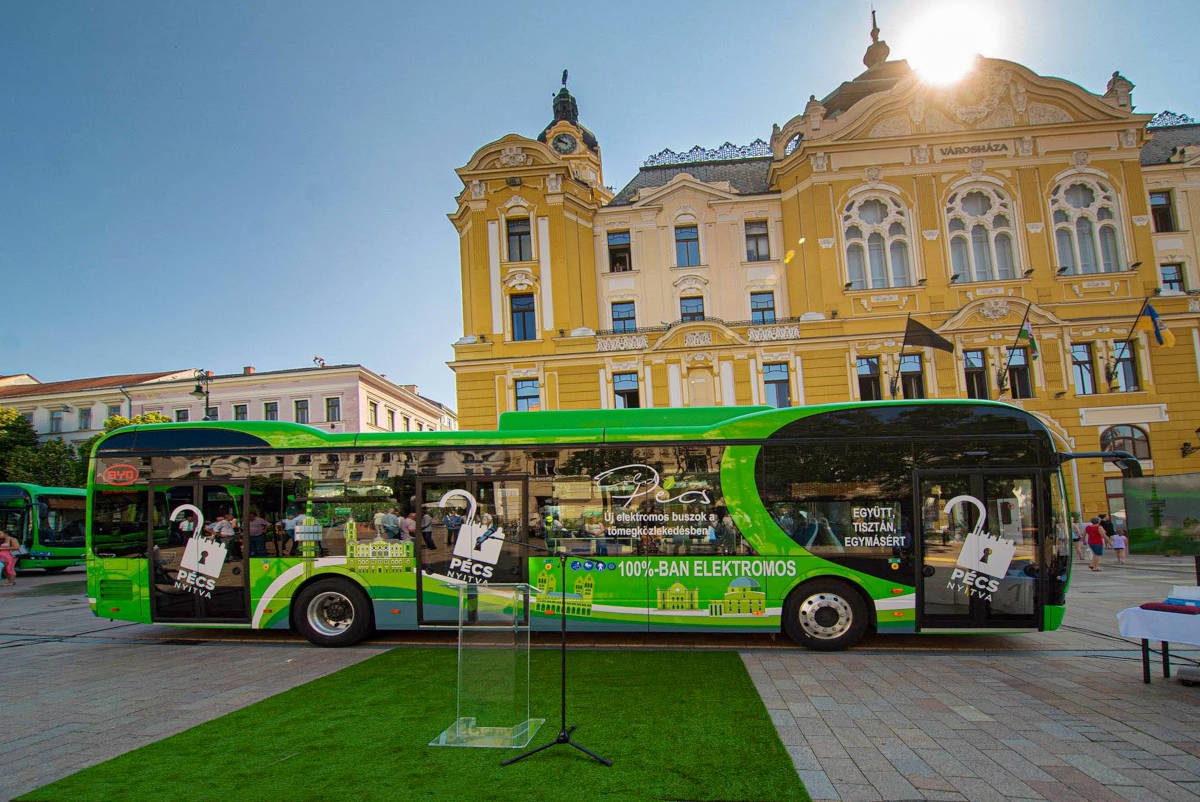 First steps towards a greener Pécs

Receiving the keys to the new BYD eBuses, the city’s Mayor, Attila Péterffy, said, “The 10 new electric buses are a big and serious step on the road to a truly green Pécs. The leadership of Pécs is committed to continuing on this path and to do everything possible here, locally, to protect the environment and the climate. We have found an excellent partner in BYD, and I sincerely hope that we will be able to work together many more times to further develop public transport in Pécs in a sustainable way.”

Chairman of the Board at Tüke Busz Zrt, Gyula Gelencsér, added that “Tüke Busz Zrt. is committed to innovation and towards environmentally conscious public transport solutions of the 21st century. We consider the appearance of electric buses in the city of Pécs and the joint cooperation with BYD as part of this approach. We hope that this purchase of electric buses will be one of the first steps of many environmentally conscious, modern vehicle procurements.”

Describing BYD’s latest delivery, Isbrand Ho, Managing Director at BYD Europe, said, “This is a landmark day for the future of public transport in Hungary. The citizens of Pécs will experience for the first time a new way to travel – one that is safe, quiet, comfortable and completely emissions-free. Electric mobility,” he said, “will also bring productivity benefits for Tüke Busz Zrt, as the company starts to convert its fleet in order to deliver a more sustainable, pure-electric transport solution.” 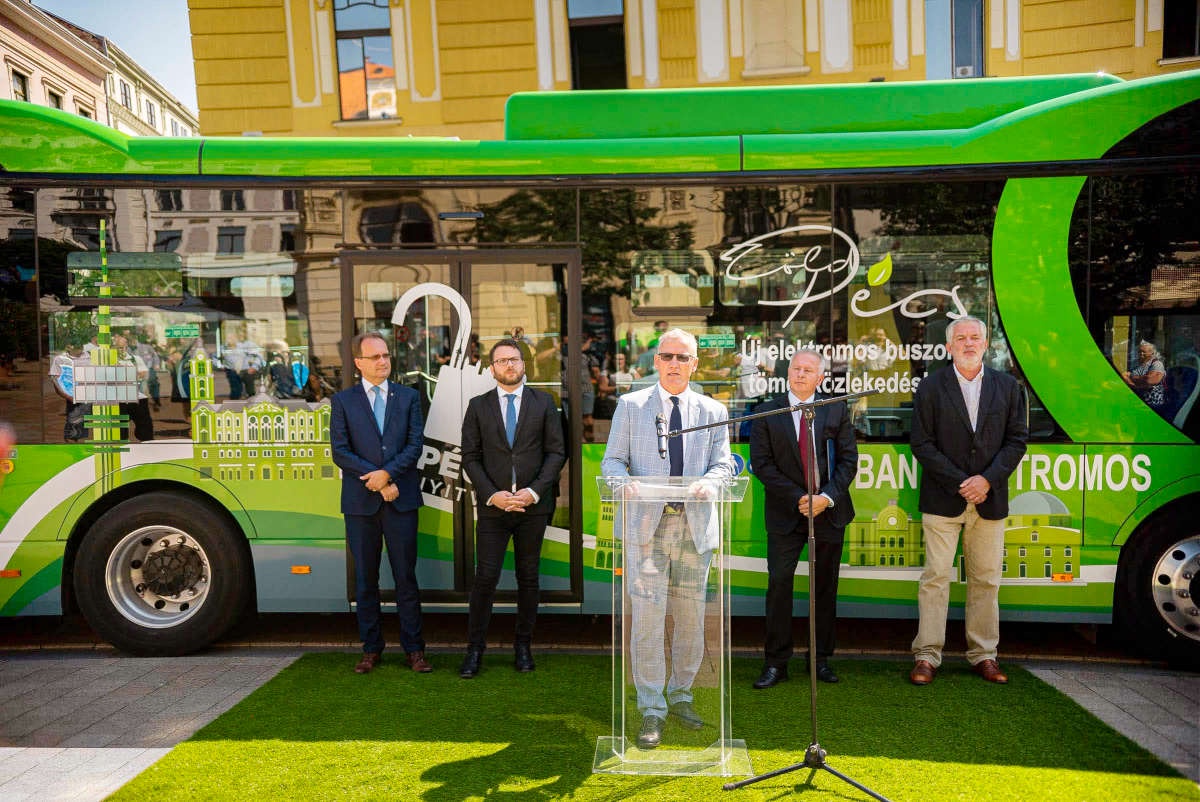