Coventry and Oxford are set to be UK’s first all-electric bus cities. The two towns are developing proposals to become the first parts of the UK to run full electric bus services, Transport Secretary Grant Shapps announced on 6 January 2021.

The cities are developing business cases in an England-wide competition to switch an entire town or city’s bus fleet to electric vehicles. Subject to successful business cases, each area could be awarded up to £50 million to not only replace its entire fleet of buses with all-electric versions, but to also install new infrastructure, such as charging stations, and pay for electric grid updates, UK government points out in a press release announcing the selection.

In February 2020 the government announced £5 billion plan to improve bus journey and mobility options. The UK’s first-ever long-term bus strategy will be launched in the coming months to ensure buses are prioritised into the future. In Coventry a fleet of 10 double-decker battery-electric buses was delivered in summer 2020. They are deployed by National Express. 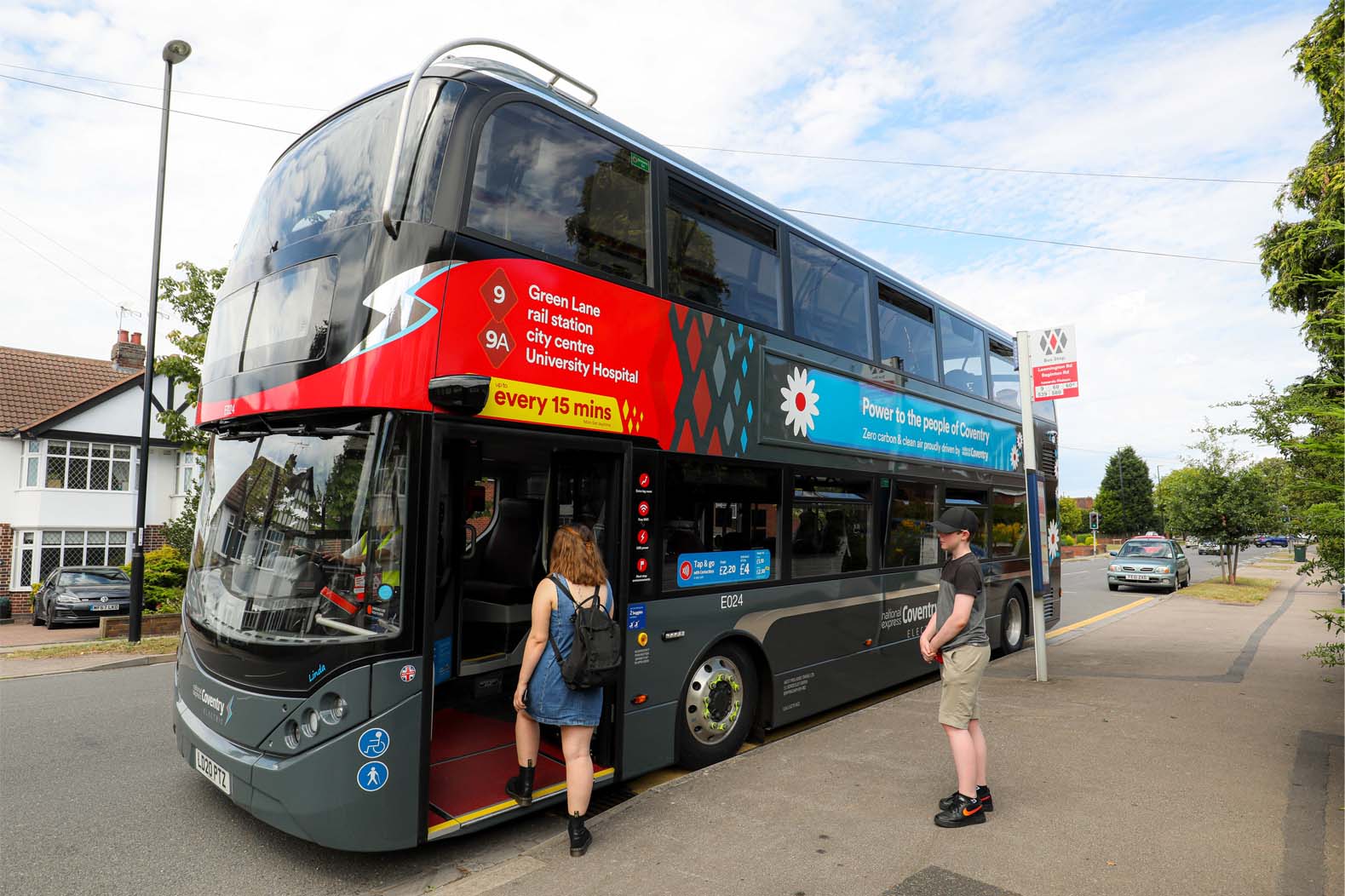 The government made public it received 19 bids from across England to become the first all-electric bus town or city. Applicants were required to «demonstrate buy-in from stakeholders in their local areas, outline existing plans to reduce greenhouse gases and improve air quality, show how the plan would tackle an existing air quality problem».

The government will now work with the two local authorities to finalise their business cases over the coming weeks.

The UK all-electric bus towns and cities competition is part of a wider package of measures to improve services and make bus journeys greener, easier and more reliable.

With regards to the selection of UK all-electric bus cities, Transport Secretary Grant Shapps said: «As we build back greener from Covid-19, we can provide people with more environmentally-friendly transport and cleaner air. Coventry and Oxford could soon be at the forefront of our plans for a new era of bus services, helping us develop the green transport network of the future and support jobs right here in the UK.

Andy Street, the Mayor of the West Midlands, said: «This news is brilliant for Coventry and the West Midlands, and I am delighted the Secretary of State and his department have once again put their faith in our region to deliver. Turning all of Coventry’s bus fleet electric is not only a major boost to public transport in the city, but it will also help tackle the climate emergency we face both here in the West Midlands and the wider UK».

Oxfordshire County Council Leader, Ian Hudspeth, said: «Oxfordshire’s bid comes at a time when our council is determined to take concerted climate action to cut vehicle air pollution and expand the provision of bus services with our Zero Emission Zone and Connecting Oxford plans. This council is committed to offering our residents a clean and environmentally sustainable future through a series of steps including through better public transport».