Volvo articulated electric bus is now… reality. Or, better to say, it’ll be starting from this autumn. Volvo electric bus range is now enriched by the 7900 Electric Articulated. UITP Global Public Transport 2019 in Stockholm has been the occasion for the Swedish company to launch the 18 meter version of its electric bus. The concept was unveiled during Volvo Ocean Race last year and experienced a pilot in Gothenburg. 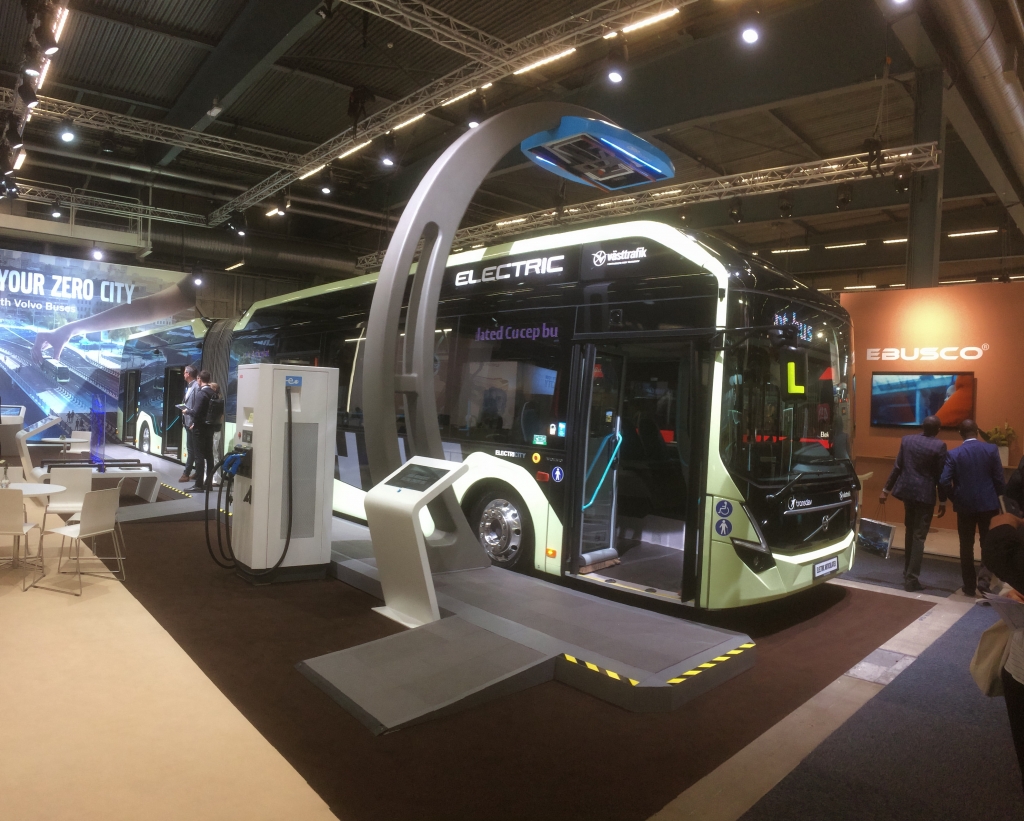 Volvo Buses announced the introduction this autumn of an all-electric articulated bus with space for up to 150 passengers. The new articulated bus is based on the prototypes that since June 2018 have been running in test operations on the high-frequency route 16 in Gothenburg, Sweden. The two concept buses have thus far run for 4,500 hours and covered more than 62,000 kilometres, Volvo Buses points out.

The Volvo 7900 Electric Articulated in commercial configuration will be available in a choice of two lengths – 18 and 18.7 metres. The batteries will be charged both via fast-charge stations at either end of the route, and via overnight charging at the depot using CCS. The Volvo 7900 Electric Articulated will be unveiled to the public at the Busworld exhibition in Brussels in October.

“The transition to sustainable public transport is taking place in cities all over the world. With silent, zero emission electric buses equipped with advanced safety systems, we can assist cities in solving the problems with emissions, noise, congestion and traffic accidents to become what we call Zero Cities. In this context our new high capacity electric articulated bus a very important tool,” said Håkan Agnevall, President Volvo Buses.

Proterra announced that it has been selected by the Washington State Department of Enterprise Services as a vendor to supply zero-emission battery-electric transit buses and charging infrastructure under the state’s regional Cooperative Purchasing Contract. Proterra, which is in the process of going...
Dutch manufacturer Ebusco announces that at the beginning of April Bob Fleuren joined the management board of Ebusco as COO/Head of Programmes (PMO). From 1 May the board will be further strengthened by Will Bierens, who will perform the role of Chief Performance Officer (CPO). «Ebusco’s strong grow...
Hess secured a framework contract for up to 70 battery-powered articulated trolleybuses in Winterthur, in the German area of Switzerland. Now the awarding of the first lot is awaited within spring, with the first vehicle expected in the city by summer 2022. 11 to 23 units will be double-articulated ...
Today, representatives of Solaris have signed a contract for the supply of six electric Solaris buses for the Polish city of Szczecin within a period of 12 months from the contract being signed. The total value of the order settled at over PLN 16.5m. Last year Solaris won a tender of the city of Szc...