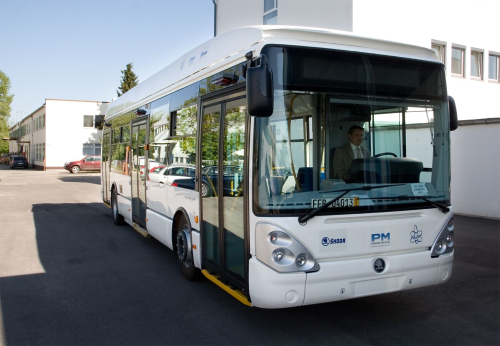 Solaris and Wrightbus will supply the city of Cologne and operator Regionalverkehr Köln GmbH (RVK) with up to one hundred hydrogen-powered fuel cell hybrid buses. «Thanks to the funding from the Federal Ministry of Digital Affairs and Transport and the speedy bidding process, we are making great str...
A British and an Australian manufacturer to develop the hydrogen supply chain: Wrightbus has partnered with Volgren to supply hydrogen fuel cell propulsion technology for two test buses. In the intentions of the parent company across the English Channel, Volgren represents a great opportunity to ope...
Unity is strength, it is known. And so CaetanoBus, Toyota and Air Liquide are joining forces to accelerate the development of hydrogen mobility in Europe, signing a memorandum of understanding with the aim of developing integrated H2 solutions for both light and heavy-duty vehicles. The partnership ...
Bielefeld transport company moBiel, in Germany, is now testing in real operation four fuel cell buses from CaetanoBus. In the future, the hydrogen for the specially built filling station will be produced on site. moBiel tests fuel cell buses The project announced in 2020 is thus gaining momentum. Th...