An hydrogen bus pilot is being carried out in London. Abellio is testing the Caetano H2.City Gold

An hydrogen bus pilot is being carried out in London. The operator Abellio London is holding a pilot with a right-hand drive (and 10.7-meter) version of the Caetano H2.City Gold. After all, the same operator has purchased as many as 34 battery-electric buses from the Portuguese producer. The news regarding the hydrogen bus one-week pilot is reported on Routeone magazine.

Abellio UK Bus Engineering Director Jon Eardley is quoted as saying that “There are still a lot of unknowns with hydrogen power. We are not going to learn everything about it within a week. But what we do learn will help to set the scene for the future for us”. 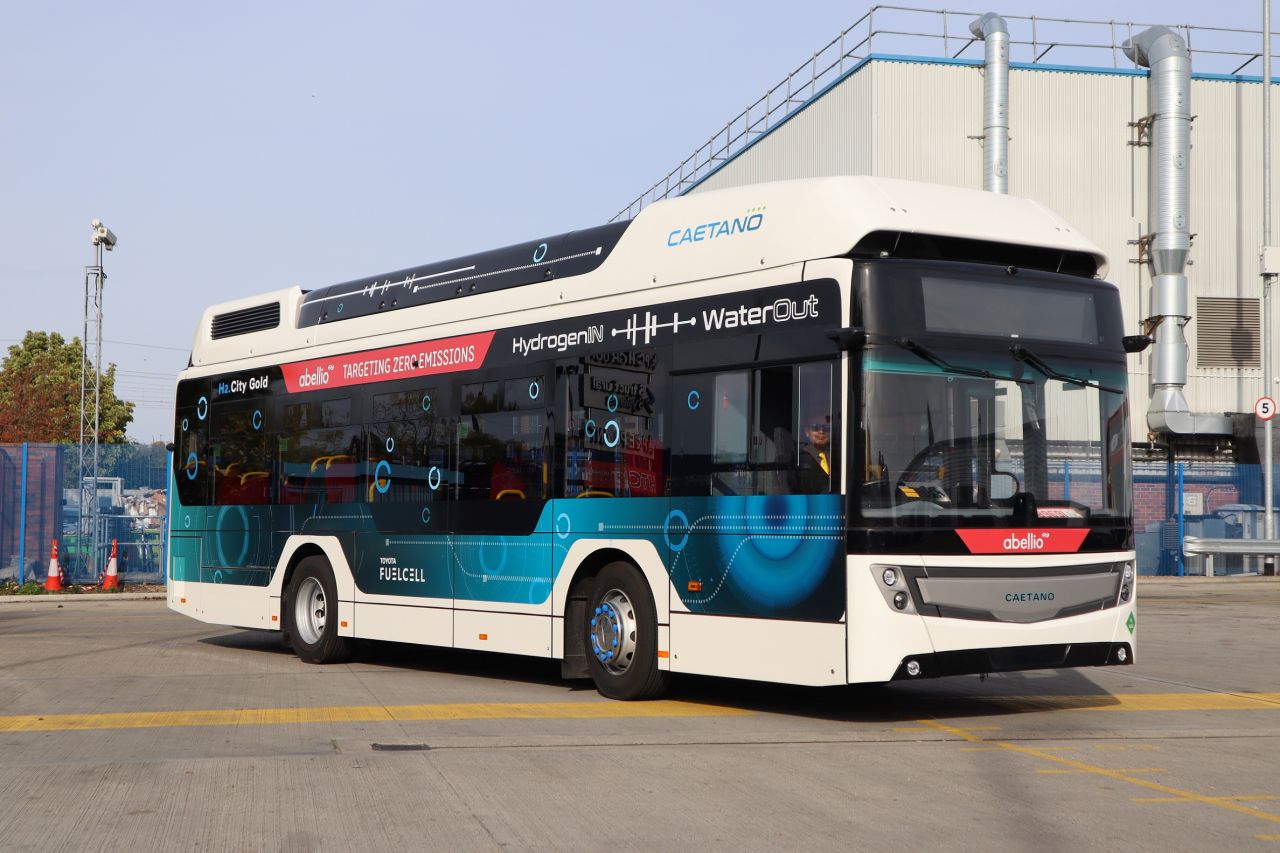 The fuel cell bus by Caetano has been ordered in eight units in Barcelona. Also, a few units are headed to Germany, in Niebüll and Bielefeld. Unveiled at Busworld 2019, the CaetanoBus H2.City Gold is available in 10.7 or 12 meter version, LHD and RHD variants. Hydrogen tanks and the fuel cell stack are stored on the vehicle’s roof, to optimize the interior space.

The vehicle is equipped with hydrogen leakage sensors in the fuel cell and hydrogen tanks and crash sensors so that in the event of a leak or accident they cut the hydrogen flow out of the tanks. By using a colour-changing tape it is possible to carry out visual checks for possible leaks, the company points out. Like the 100% electric bus, this model can also be fitted with a wide range of other safety features. The first vehicles are being delivered in 2020.