VDL Bus & Coach put its signature on the first articulated electric buses for Arriva Denmark, that on 13th September has been awarded a contract by public transport agency Movia to run several routes in the city starting from December 2019. The company has placed an order with for 21 VDL Citeas SLFA-180 Electric. With this order VDL Bus & Coach has sold its 500th fully electric VDL Citea in Western Europe. The buses have a fully electric climate control system and will be deployed on the revised line 2A in Copenhagen. VDL Bus & Coach will also provide the charging infrastructure at the depots. 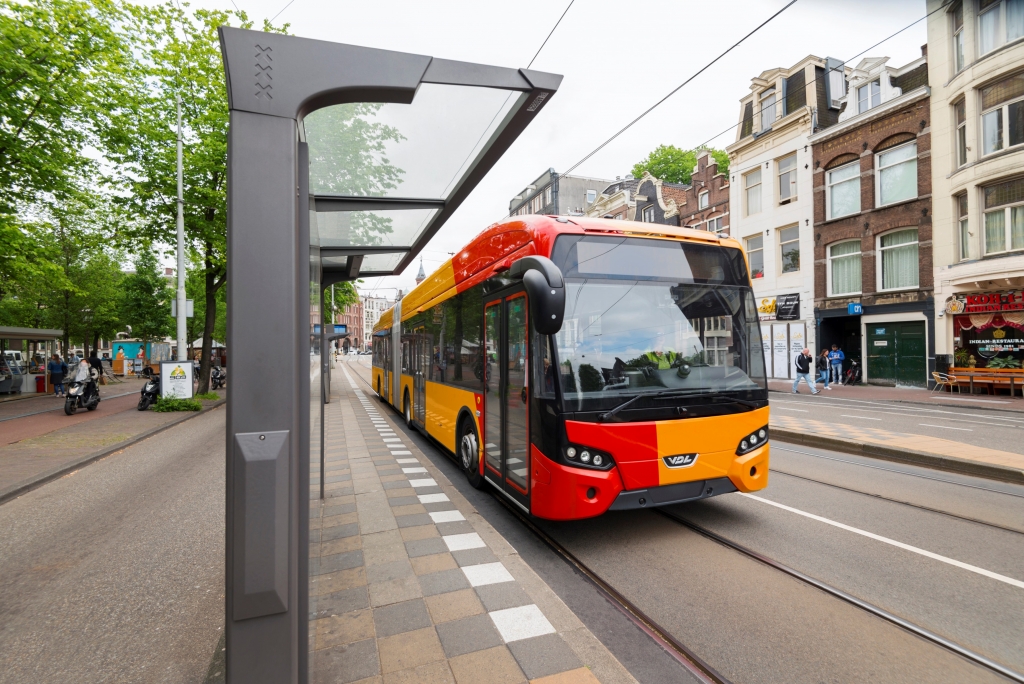 The Citeas SLFA-180 Electric will be topped up at the end points of the route by means of a charging connection on the bus via an inverted pantograph. The 21 VDL Citeas SLFA-180 Electric will operate on line 2A in Copenhagen, VDL reports in a press release. This line was recently revised and connects a new part of Copenhagen to the bus network. Starting in late 2019 the 13.7-metre-long buses currently serving the line will be replaced by the electric articulated VDL buses, which are 18 metres long. Thanks to the rapid charging stations at the end points of the route, line 2A will be in operation 24 hours a day (as the buses in operation around Schipol airport in Amsterdam, where the largest European electric fleet is running).

Copenhagen and the plans to become CO2 neutral

Copenhagen’s plans to convert the fleet to electric buses has been recently announced by politics. Danish capital has already decided to invest 10 million kroner (1,3 million euros) to electrify the whole fleet of iconic harbour ferries. These steps are parts of the city’s strategy to reduce air pollution and becoming CO2 neutral by 2025. Frank Jensen, Mayor of Copenhagen, said in a press release: “We are working hard to replace all existing buses with green alternatives as soon as possible, so that people can breathe deeply and enjoy the health benefits travelling by bus can bring.”

The VDL Citeas SLFA-180 Electric for Arriva Danmark are equipped with 288 kWh batteries and have a fully electric climate control system, which means that the buses will be completely emission-free in operation. With this order VDL Bus & Coach has reached the milestone of the 500th VDL Citea Electric sold. With already more than 40 E-Mobility projects in Western Europe, VDL Bus & Coach is a proven transition partner for efficient zero-emission public transport systems. Beyond the Netherlands, electric VDL buses are currently operating in various cities in Germany, Luxembourg, Switzerland, Sweden and France. In many cases VDL is also responsible for implementation of the infrastructure, project management and the repair and maintenance of the entire system. Arriva and VDL Bus & Coach have already carried out a number of successful projects with electric buses in the Netherlands, including those in ‘s-Hertogenbosch, South-east Friesland & Terschelling, Venlo and Maastricht.

The collaboration between Arriva and VDL Bus & Coach

Jens Boe Jacobsen, business development director at Arriva Denmark, said “Arriva’s past experience with VDL Bus & Coach via our Dutch branch has been exemplary, and the collaboration between VDL and Arriva in Denmark is now progressing smoothly as well. Furthermore, VDL Bus & Coach is known for its good products with excellent quality. The good collaboration between Arriva and VDL Bus & Coach is the key to the success of this project.” “We are very proud to have received this order and are delighted to be working with Arriva Denmark as a transition partner to zero-emission public transport in Copenhagen. We also look forward to seeing the electric articulated VDL Citea articulated buses become part of the daily street scene of Copenhagen,” said Anita Palm Laursen, managing director VDL Bus & Coach Denmark.

ABB will enable the transition to sustainable e-bus operations in the city of Basel by 2027 as part of a large order awarded by Industrielle Werke Basel (IWB). The contract is part of Basel Public Transport’s (BVB) efforts to convert its entire bus fleet to battery-electric operations. In one ...
CNH Industrial just announced that it will temporarily close “several of its European agricultural, commercial vehicle and powertrain manufacturing facilities in response to ongoing disruptions to&nbs...
Hitachi Energy is, from today, the new brand name of the formerly known Hitachi ABB Power Grids. The business has renewed its Purpose to «advancing a sustainable energy future for all». New brand was announced in summer 2021. Through its Sustainability 2030 strategic plan, Hitachi Ene...
eVersum has selected Rocsys, a company which creates autonomous charging solutions, to develop and deploy autonomous, robotic charging systems for eVersum’s eShuttles. The partnership between eVersum and Rocsys will allow fleet operators to experience the benefits of robotic charging and eShuttles i...