Daimler Buses has equipped its Mannheim bus plant with a central charging station for the electric bus Mercedes eCitaro. The new system can also be used to fill eCitaro’s batteries with electricity via a pantograph.

The special feature of this charging station, Daimler points out, is that the charging devices are suspended at a height of around five metres above the ground. The station serves to charge the eCitaro as part of the production process and ahead of delivery to customers. Plus, new charging technologies such as charging management, new communications protocols, new hardware for charging using a cable or a roof-mounted pantograph can be tried and tested. The infrastructure is expandable as required.

After many orders from German transport companies (Hamburg, Berlin, Mannheim, Wiesbaden…), Mercedes has just started delivering the first export orders for the eCitaro. 20 electric bus units will be delivered by Daimler Buses in Luxembourg, Sweden and Norway, following a batch of three orders that will bring for the first time the battery powered eCitaro out of German borders. 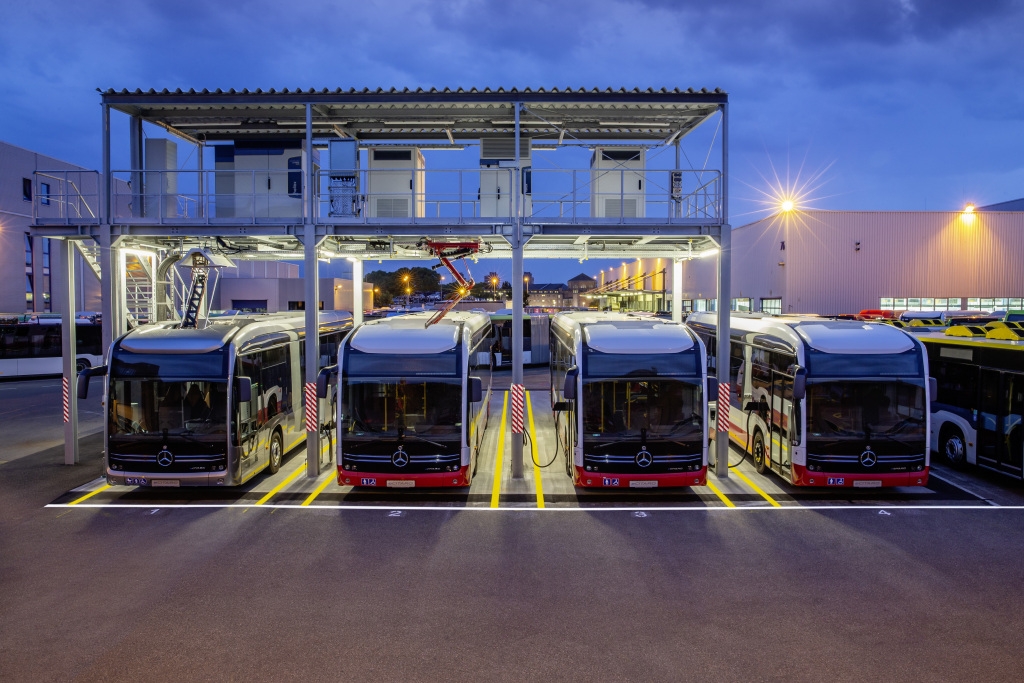 All charging technologies in one solution

Four parking bays are available: four charging devices with 150 kW output each and two with 300 kW each: one uses a pantograph, the other uses inverted pantograph. The six charging devices enjoy shared use by three different technologies and two different manufacturers (Daimler Buses doesn’t specifies name of the manufacturers). The total connection power at the charging station is 1.2 megawatts. The corresponding cables are roughly as thick as a human arm and run in an extendible cable channel in the ground. 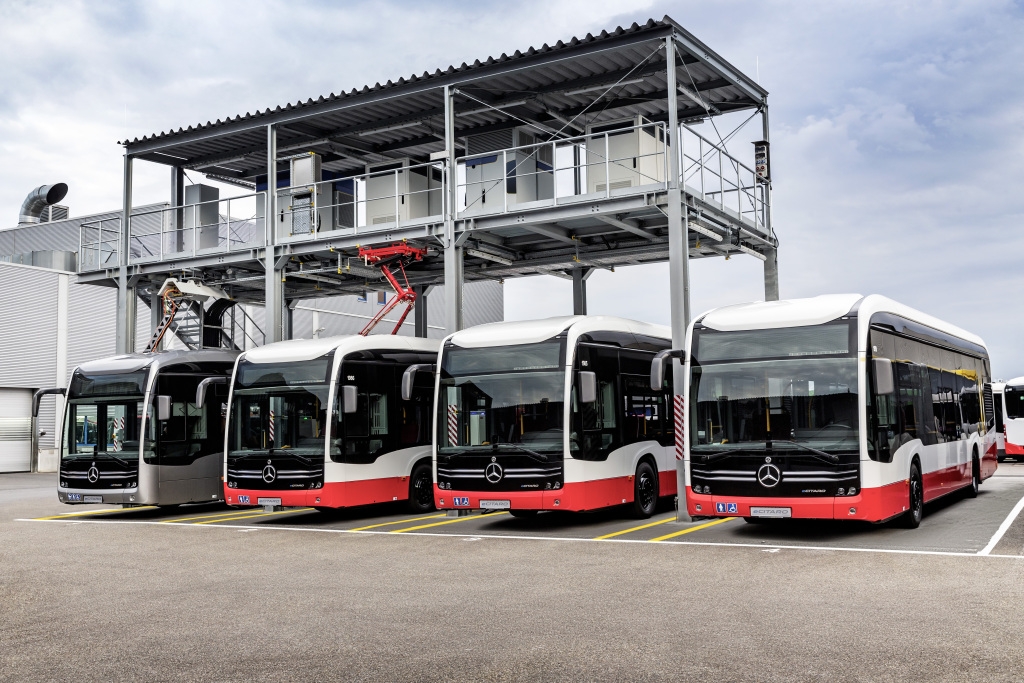 Charging stations off ground for eCitaro

As space in the bus plant is at a premium, Mercedes-Benz has decided to move off the ground, installing the eCitaro charging station at the height of the upper floor of the building. An idea which many transport companies also use. It doesn’t just save space, it also protects against costly accidents between manoeuvring buses and the charging technology.

The charging station is positioned on a total of ten pillars and is accessible from all sides. For service purposes, wide steps lead up to the charging devices on the upper deck, as it were. These are protected against the influences of the weather by means of a roof. 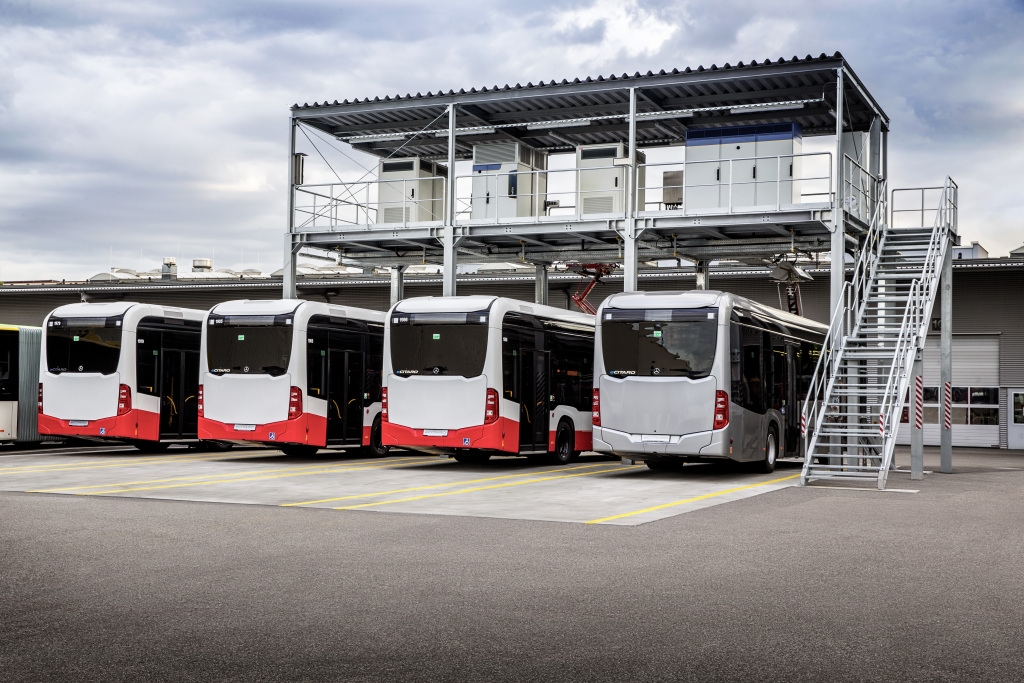 There were several reasons which led to the decision to set up the central electric charging station within the plant’s premises. After leaving the production line, the manufacturer points out, each new eCitaro is put through a comprehensive series of tests, both at the company’s own test track and on public roads – and the pre-requisite for completing this intense series of checks, which are incidentally also part of the regular Citaro’s production process, is of course a charged battery.

At the charging station, the focus is on testing both charging via the roof and the vehicle’s own technology. The checks for road approval-relevant aspects already take place before the test drives. Also charged here ahead of their company-internal test drives are test vehicles and new technologies. Lastly, customers visiting the plant can also stop by at the electric charging station and read the information panels there regarding the various charging technologies as well as seeing them in use first-hand. 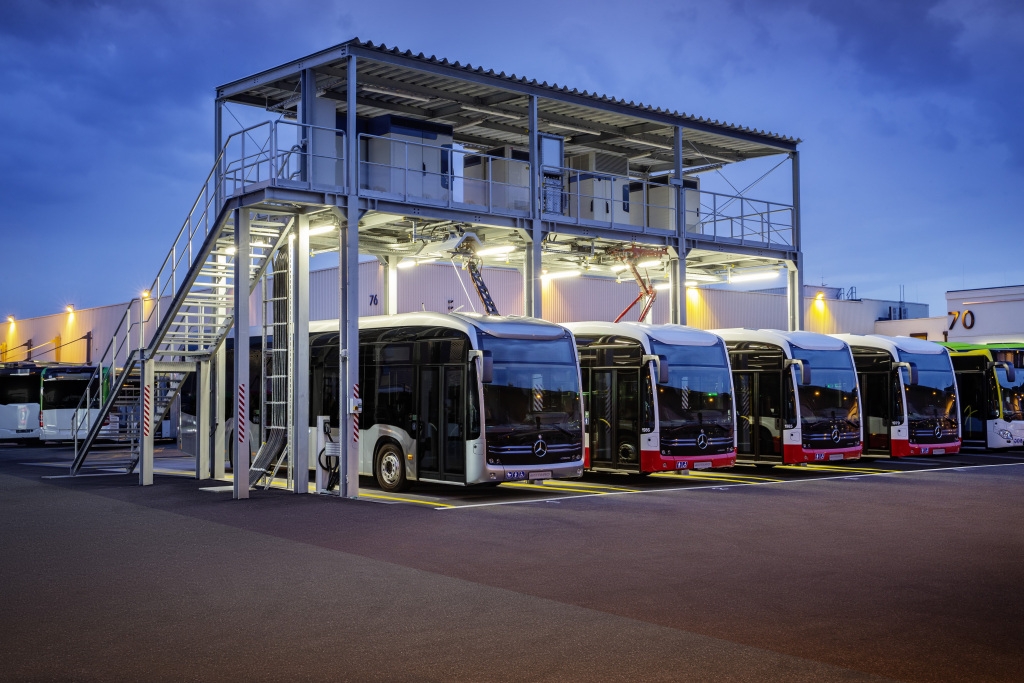