Electric bus energy consumption? 1.63 kWh/km for the 18-meter buses, 1.15 kWh/km for the 12-meter vehicles. These are the average consumption observed after a 10-months-long collection of data realized by Dutch telematic company ViriCiti, which has just released a dedicated report on e-bus performances. The company looked at how over 100 e-buses from various OEMs perform across all seasons.

With over 3,500 buses and chargers across the world, ViriCiti claims it is the market leader in electric bus telematics in Europe and USA. To get to these results, ViriCiti gathered, anonymized and analyzed data from 79 12-meter buses and 27 18-meter buses active across 7 cities in the Netherlands and linked to the ViriCiti dashboard. The buses are produced by various manufacturers. 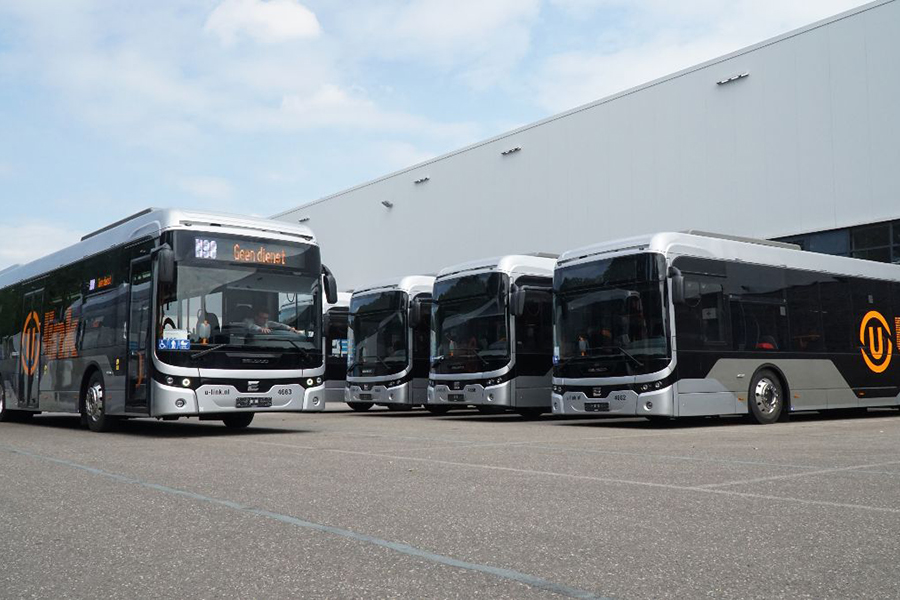 The average energy consumption of e-buses

ViriCiti today released a report providing precise data on the average consumption of electric buses and the average distance driven on a fully charged battery. Data that can be used to calculate the average electric bus range. According to ViriCiti, «This research is the first of its kind to analyze the performance of such a large sample of buses (+100) consistently over several seasons and months, and to look separately at how much 12-meter and 18-meter buses consume in cold, normal, and high temperatures».

The effect of cold weather on e-bus energy consumption

The study indicates that the average distance driven of the 12-meter buses analyzed is 218.02 km (135.47 miles) per day. For the 18-meter buses, the average is 164.32 km (102.10 miles) per day. «To contextualize these numbers, empirical field data from various Dutch operators working with ViriCiti shows that with optimized infrastructure and operational processes, electric buses are able to run as much as diesel buses (up to 500 km/day)», ViriCiti points out.

Snam, Toyota and CaetanoBus have signed a memorandum of understanding (MoU), with the aim of starting a «collaboration to promote and accelerate the introduction of hydrogen-based mobility». The companies signing the agreement – the energy infrastructure company Snam and the subsidiary Snam4Mo...
Iveco Bus is launching a full electric Crossway Low Entry and is ready to offer mild hybrid modules on Urbanway, Crealis and Crossway Low Entry range. On the Crossway the mild hybrid solution will be offered also combined with gas-drive. The mild hybrid module will be available to order by the end o...
NFI subsidiary New Flyer has received an order for up to 150 Xcelsior CHARGE battery-electric buses from the Niagara Frontier Transportation Authority of Buffalo, New York (NFTA-Metro). To be more specific, the public transport company has issued a five-year contract to NFI subsidiary New Flyer, whi...
The CNH Industrial Design together with IVECO BUS Design team have offered to the transport design students from RUBIKA design school to work on a prospective project: Urban Move Ability, focusing on the urban mobility of tomorrow via an innovative transport solution. The students presented their fi...