Where is the electric bus market going in Europe and North America? Why zero emission bus fleets need to be monitored? What data can be used for? And, what is more, the hot topic: what is the average electric bus’ energy consumption?

We faced these topics (and many others) with Alexander Schabert, CCO and co-founder of ViriCiti, a Dutch telematics company founded as a startup in 2012 by four engineers with backgrounds in e-mobility, mechanical engineering, computer science, and entrepreneurship. Mission? Providing fleet management platforms to operators, particularly with regards to electric buses. But not only: the novelty presented by ViriCiti at Busworld Europe in October 2019 is the “Mixed fleet” platform, that integrates in the same place all bus types and chargers technologies and has been jointly developed with public transport company Qbuzz Netherlands. 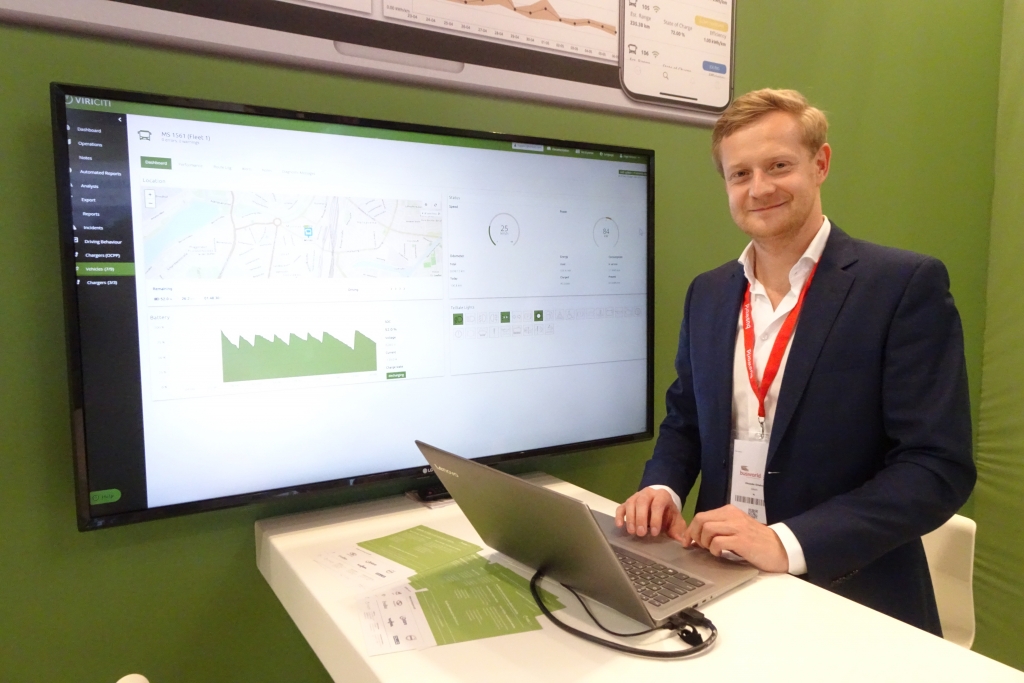 Mr. Alexander Schabert, last year we had some 550 electric buses registered in Western Europe, accounting for around 5 per cent of city bus market. When do you expect big volumes to start?

«I think it is starting this year. But it really depends on the country. Netherlands are the most innovative country on electric buses. Qbuzz will get over 150 ebuses. Keolis will receive 300 ebuses next year in a single concession. By the end of next year we will have more than 1,000 ebus in operation in the country. On the other hand, one of the slowest countries in this regard is Germany, where you have some pilot projects in some cities with 4-5 ebuses each but just a few cities are taking the risk of electrifying the fleet».

«I think there are two reasons. The first is that Germany is slower than other countries, especially when you switch on electric technology. And, additionally, there are two strong manufacturers, MAN and Mercedes, who are focused on commercial vehicles and produce engines as well. With the transition to electric buses, if you don’t produce engines and batteries, you just produce the bus. And this has some influence on the economy». 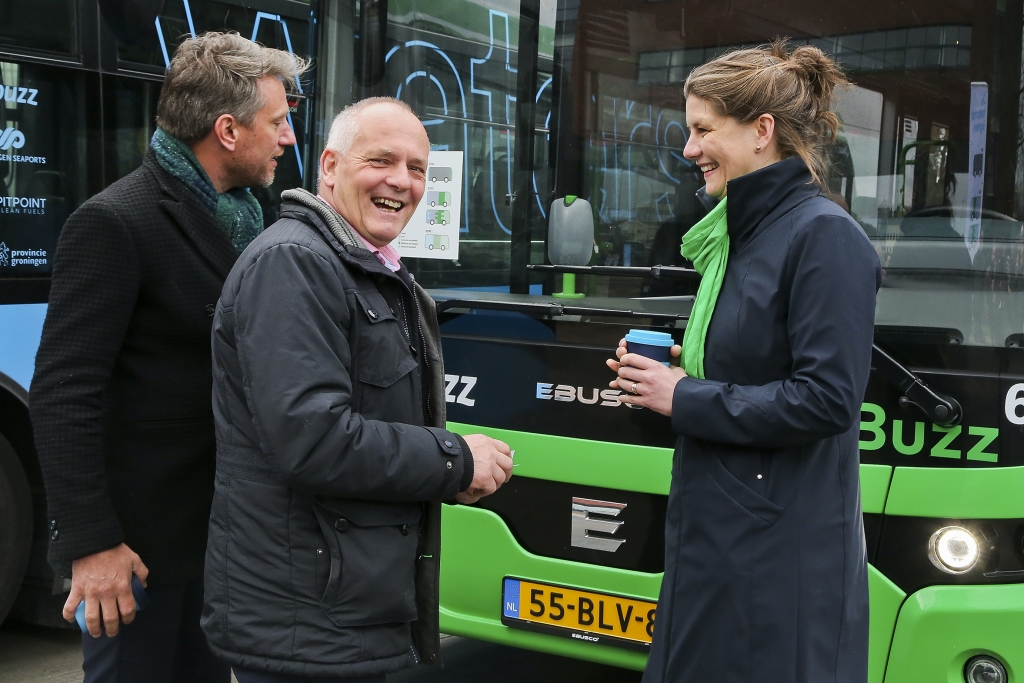 Don’t you see a problem of production capacity? Most of the manufacturers dedicate a small portion of their plants on electric buses, and if big orders came all of a sudden…

«Yes, this is a issue. Some bus manufacturers are already completely booked out for next year. So they won’t be able to deliver further vehicles in 2020. But there is another kind of difficulty».

«In my opinion, there are issues concerning battery production, that is mainly located in Asia. If Asia sees a big demand on passenger electric cars and other applications, such as mining for example, they wouldn’t have the capacity to produce the amount of batteries that we would need to accelerate faster on the electric transport».

Electric bus fleets in the US. Going on slowly

In which countries is ViriCiti present and which is the share of the NL-related business on your turnover?

«We are active in about 14 European countries, plus US and Canada. We have some more projects, although smaller, in Australia, New Zealand, South Africa and South America. 20 to 30 per cent of our revenues come from the Netherlands».

Which trends are you observing in North America?

«In the US, public transport is heavily subsidized and it only works if you get subsidies. Every year there is a new round of subsidies and they are then split in a couple of cities which buy a couple of electric buses each. But the big committments and announcements have not really been made, except for some cases. LA Metro wants to purchase 100 electric buses, also in California there are plans… it really depends state by state».

When do you expect big volumes over there?

«I think progress will go slower. If you look at Europe, everyone believes in global warming, every government is committed into making the cities emission free. In the US this is less the case. In the US, if you want to go electric, you have to prove that the electric solution is cheaper than the diesel one. There is more attention on the Total Cost of Ownership. And, on the other hand, in the US electric buses are on average more expensive than in Europe».

Why? Is this a matter of battery capacity, as in the US electric buses are equipped with bigger batteries?

«It’s mostly ‘Buy America’ requirements. Public companies that want to buy a bus in the US must buy a bus with at least 75 per cent of the parts made in America. And this raise the price. And, finally, competition is not that high: in the end you have four bus suppliers in the US, while in Europe there are between 20 to 30». 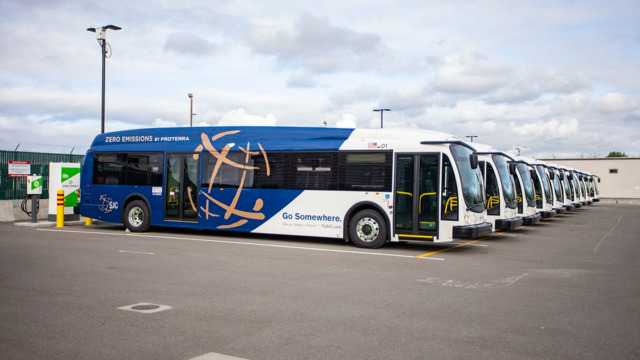 «We are always neutral on this things. We don’t give out data that can be linked to a specific manufacturer. But we can say that on average, a 12-meter bus has in the best conditions a consumpion of 0,8 kWh per km. We are talking of operations in a normal day with 20 degrees, no much traffic and a skilled driver. Everything depends on the heating. A bus operating in the winter, for instance at minus 10 degrees, with electric heating turned on can reach a consumption of 2,3 – 2,5 kWh per km. With diesel heating it could be 1,5».

«Not really, we can observe just slight differences depending on weight of batteries and efficiency».

The bus driver behavior may be more important…

ViriCiti: the importance of data for public transport

ViriCiti activities involve the managing of large amounts of data. Are these data used for any other kinds of activities or services?

«All the data that we as ViriCiti collect comes from the customers. We don’t share them with anyone else. We have data from different sources: the vehicle data, the data from charging stations and we can combine these with other sources. We have route static data and dynamic data. Based on this aggregation we can do smart things as for instance saying which is the energy consumption on a specific line. Or we can see how a driver is performing on a route compared than another and see how to improve. We can also send the data automatically to other consumers, such as the IT system of a operator».

Why a bus operator should think to monitor solutions as early as the start of the tendering process? 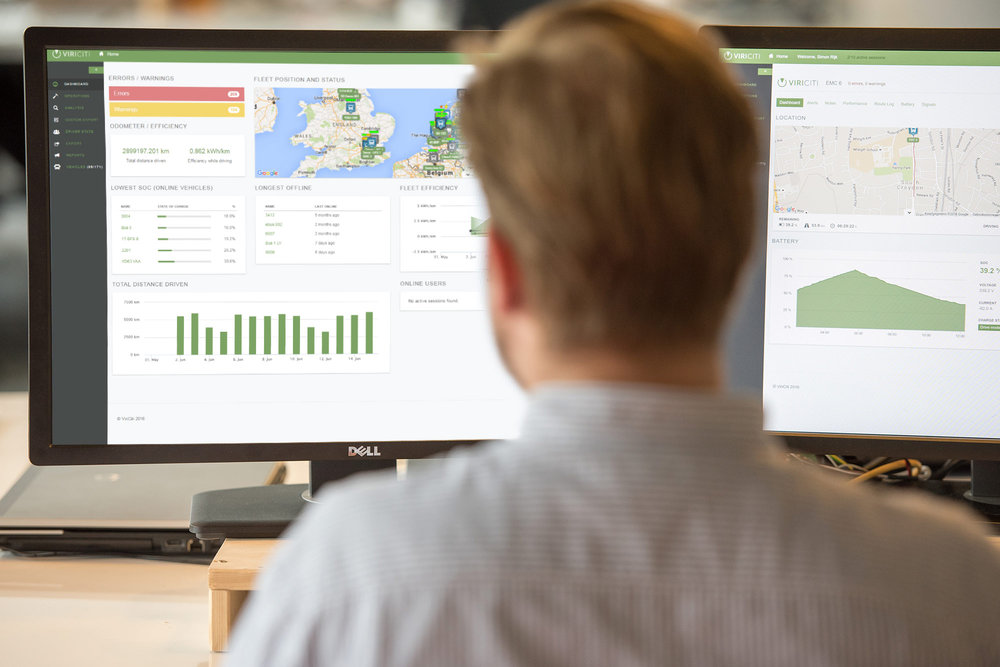 May you outline the reasons for monitoring ebuses? It’s just a matter of keeping state of charge under control?

«The first reason is surely the range. The second aspect is mainentance. Operators don’t have enough experience yet on lifespan of batteries, that depend also on charging conditions. The suppliers generally give rules to follow: for instance you should not use the battery below 20 per cent state of charge or you shouldn’t use the battery above 40 degrees Celsius… but you need data to know how to behave. We can integrate data and requirements and send automatic alerts when you reach the threesold».

Why did you start with monitoring electric bus fleets?

«ViriCiti started with electric buses because we saw that there was an information gap for operators that were starting to use these ne vehicles. Then, as an extra, we noticed that also the charging infrastructure side is really critical and we integrated charging stations as well. Now we have been requested by operators to have a platform with all different powertrains. So that operator can have all the vehicles and charging infrastructures in one place. That’s why we launched at Busworld the “Mixed fleet” platform. In 2012, when we started with ViriCiti, we were four people and there were 50 ebuses in Europe. Now we are 65 people».