Electric bus versus diesel bus… If, in environmental terms, there does not seem to be any match, the issue of costs is much more open. The ‘Electric Buses in Cities’ report by Bloomberg New Energy Finance, published in spring 2018, dedicates much attention to this topic. «City electric buses are expected to cost as much as those powered by diesel engines» the report says, «around 2030. On that date, the impact of battery costs on the final price of a bus should fall to 8 percent, starting from 26 percent in 2016. If, however, demand will be particularly strong, the balance could already be reached in the 2025». We already wrote about this report, with regards to the diffusion of electric buses in China. 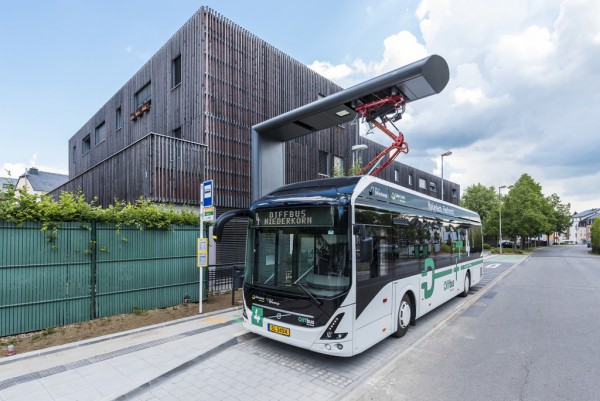 Huge decrease in battery prices, according to Bnef

Generally speaking, according to the report, the price of a 250 kWh battery pack is expected to fall from $150,000 in 2016 to $38,000 in 2030. A similar price cut is forecasted for the more powerful 350 kWh battery pack, but the achievement of parity with an endothermic motor will take a couple of years longer. The researchers at Bloomberg point out that, in terms of operating costs over the vehicle’s life cycle (Total cost of ownership), a 250 kWh electric bus charged over night at the depot and dealing with an average journey of 166 km/day could be already cost competitive, today, with a diesel bus. Calculations by Bloomberg New Energy Finance assign to the electric bus a cost of 0.99 dollars/km, compared with 1.19 dollars/km for gas and 1.05 for diesel.

A vehicle with a 350 kWh battery, still with slow charging system (no pantograph), would instead become cost competitive only by exceeding 220 km / day. These values were calculated considering a specific value of batteries (which varies significantly from one year to the next), electricity (whose price varies significantly from country to country), diesel (which depends on the price per barrel). They do, however, send a clear message: we are there now! As an order of magnitude, and excluding limit cases, the internal combustion engines (Ice) no longer offers an economic advantage in conditions of use typical of a public service in urban areas even on shorter distances and considering the fastest (and therefore expensive) recharging technologies.

…but to bet on electric bus you needs trust

Anyway, in European countries, where experience with electric buses can not yet be considered mature, public transport companies that opt for this investment must make, it need to be said, a bit of an act of trust. They do not have a history of data and experience and must, in any case, also face the investment in charging infrastructure. Which have a relevant cost. It is also well known that weather changes (as well as the driving behaviour of drivers) can also have a significant impact on the performance of batteries, and in particular on their autonomy. Yes, but how much? The same guarantees for batteries, offered worldwide by manufacturers, are particularly heterogeneous: 5, 6, 7, 10 years, as well as 4 thousand cycles, to name a few.

Also forecasts are absolutely not unanimous: according to another report, realized by McKinsey, the year of parity in Tco between electric and diesel buses will be 2023. One thing is sure: a breakeven point will occur, soon or later. Supposedly, by 2030. Anyway, next years will be crucial.