Yes, double decker buses are really not so common in US cities. While London is converting step by step its red double decker bus fleet to electricity, Foothill Transit (that operate just outside Los Angeles) has ordered its first buses of this kind. With electric drive as well. A double premiere on the streets of the Californian city. The buses will be realized by Alexander Dennis, a real authority in the field, with Proterra’s battery system and drivetrain technology, and will hit the road from 2019. 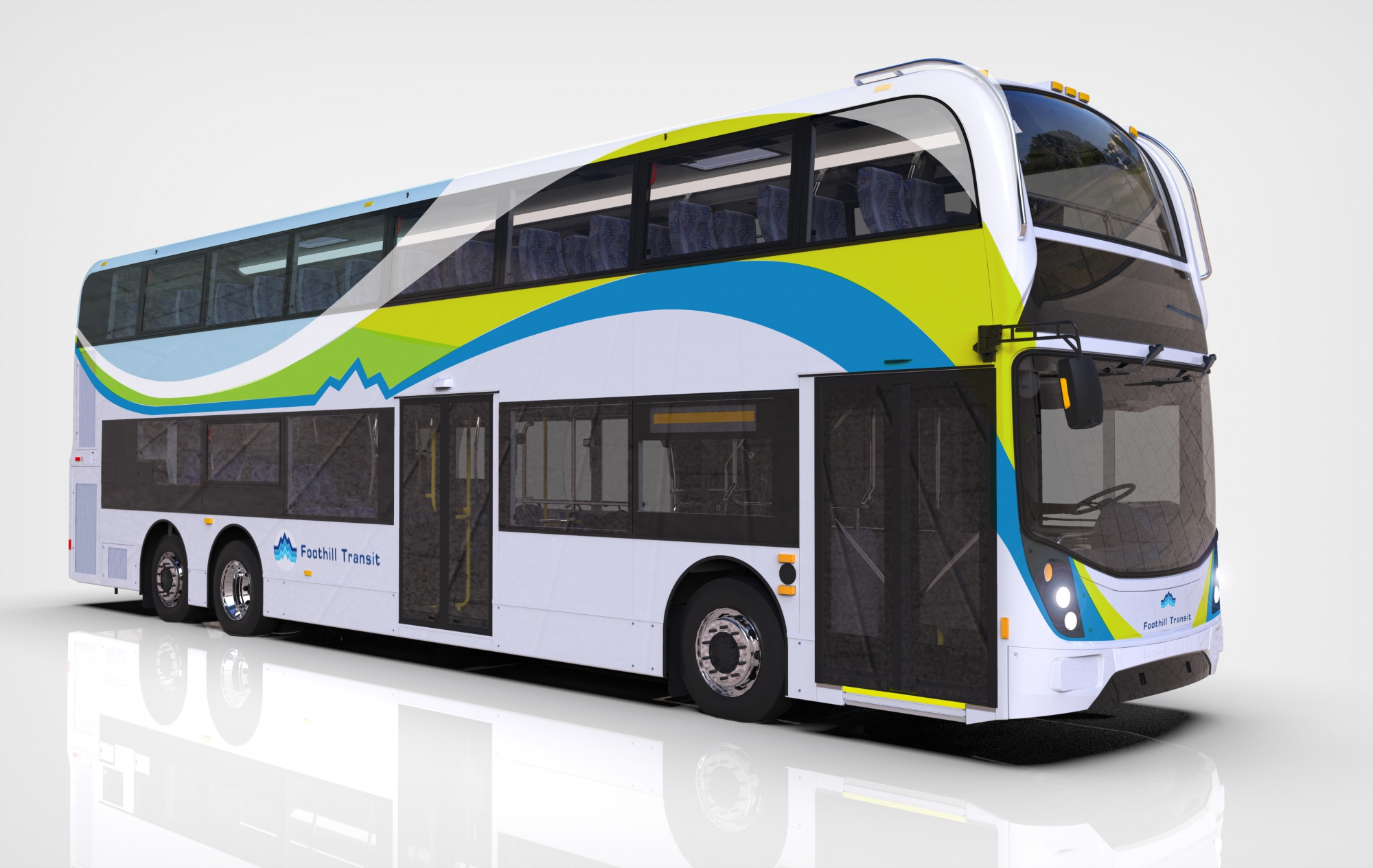 The transit agency Foothill Transit already started to turn its 370-bus fleet to electric vehicles. The goal is a full electric fleet by 2030. About a third of them are already moved by electric drive. About 30 are Proterra vehicles. And also the double decker buses will carry Proterra’s logo. But not only: the American company will provide the battery system (reportedly, they’ll be able to cover 225 miles per charge) and the drivetrain technology, while the British bus manufacturer Alexander Dennis will make the body (Enviro 500Ev) in its Indiana plant. The partnership is similar to the deal that put together Alexander Dennis and BYD in UK (and New Zealand)

Proterra to Los Angeles and Canada

California transit agencies are the largest consumer of electric transit buses, followed by Indiana and Washington, still according to the electric bus consulting firm Eb Start Consulting. Foothill Transit’s leadership in electric bus integration began in 2010 when it became the first public transit agency in the nation to deploy three Proterra fast-charge, all electric buses. To date, Foothill Transit’s electric fleet had logged over one and a half million miles of service in Southern California.“Deploying the Enviro500EV will be transformative for Los Angeles and for the United States,” said Doran Barnes, Executive Director of Foothill Transit. “No other transit agency in the country utilizes this technology on commuter express routes. And adding seats without increasing traffic congestion or local greenhouse gas emissions is the ultimate benefit for one of the nation’s most heavily traveled corridors.”

The demand of electric buses is globally increasing

Proterra helping Alexander Dennis on the way to electricity

“It seems fitting that Foothill Transit, our first battery electric bus customer, will pioneer this next phase of the sustainable transit revolution,” said Ryan Popple, CEO of Proterra. “As electric mobility continues to evolve, we’re pleased to extend our battery technology to world class, heavy-duty manufacturers like Alexander Dennis in their pursuit to go electric. The opportunities to electrify medium- and heavy-duty platforms with our technology, from transit vehicles to trucks and school buses, are abundant.”