Busworld is getting ready for the first exhibition in South East Asia. The fair will take place from March 20 – 22, 2019 at the Jakarta International Expo (JIEXPO) Kemayoran, Jakarta. Busworld Academy Congress presents also a strong programme (click HERE for the event page). 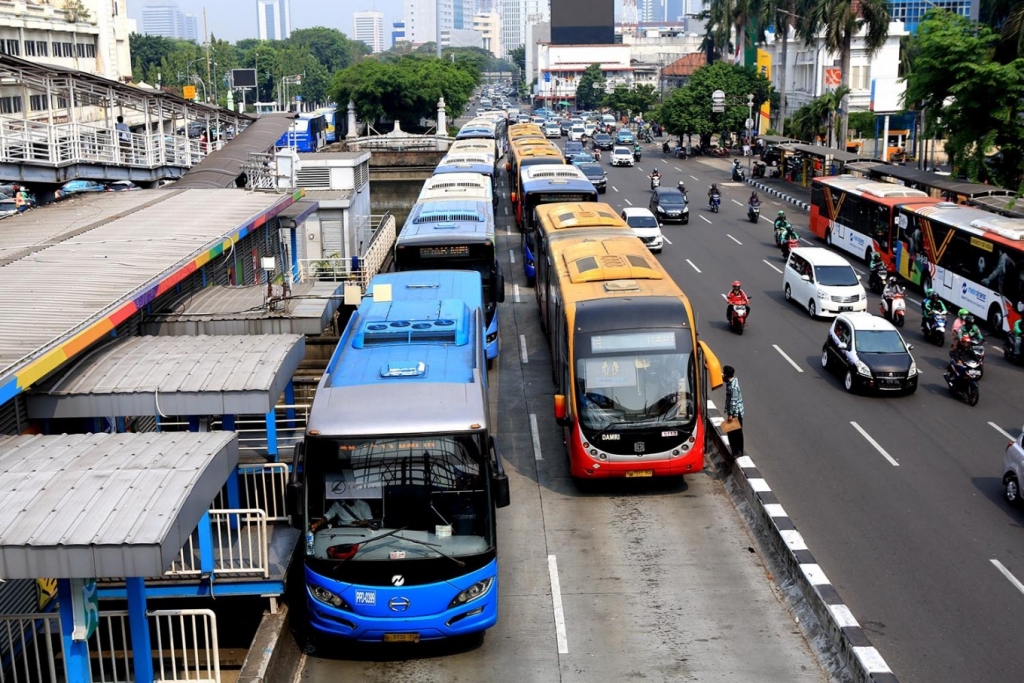 2019, a year full of Busworld premieres

Busworld East Asia won’t be the only new exhibition for Busworld in 2019: Busworld Central Asia has its premiere in Almaty, Kazakhstan and Busworld Europe, the mother exhibition who is celebrating its 25th edition in 2019, is having its own premiere by moving from Kortrijk to Brussels. In Jakarta, vehicles of Laksana, Daimler and Volvo will be presented.

Why Jakarta? Busworld decided to land in Jakarta because of two main reasons, Busworld highlights in a press release. First of all, Indonesia is a country with a big population – 260 million people – that likes to use the bus. A lot of people implies a lot of vehicles. Indonesia is continuously improving the public transport system with for example a Bus Rapid Transit system in Jakarta, Yogyakarta, Solo and other provinces. This creates a huge potential for the bus manufacturers, together with the fact that the current bus fleet is old and needs to be renewed urgently. The Ministry of Transportation is in the process of regulating the maximum age.
Secondly, Indonesia is actively aiming to reach 20 million visitors by the end of 2019. Coach tourism is the next big thing in Indonesia. Since 2016 coach operators also started to introduce double decker coaches. Again, a lot of tourists means a lot of vehicles. According to Busworld’s press release, some sources are talking about 5,000 new coaches in 2019.

Even for the very first edition in Jakarta, Busworld Academy wants to start with a bang. It has foreseen a long list of prominent partners and speakers for the 3-day-programme called “Making bus transport systems attractive, efficient and affordable in South East Asia”. The programme is aimed at operators, authorities, schools, research and development departments, etc. Everybody that is active in the bus and coach industry and eager to know what is going on today and tomorrow has a place here. The programme consists of a normal cocktail of international and local best cases and issues that are presented to and discussed with the participants. The vision of Busworld Academy is to inform and be informed with the final goal to help developing the bus and coach operations and businesses around the world. This time in South East Asia.

A new partner for Busworld Academy

One of the newest partners of Busworld Academy is UCLG ASPAC. They are the key knowledge management hub on local government issues in the Asia Pacific region with linkages to more than 7,000 local governments, representing over 3.76 billion people- making up more than half of the world’s population– and incorporate economically fast developing countries such as China, India, and Indonesia. On 20 March, they will moderate the “South-East Asian Mayor’s Forum”, where several mayors will have a panel discussion about sustainable mobility.
Another unmissable event is the CEO round table, moderated by Busworld Academy and chaired by Budi Setiyadi, General Director of Land Transport in the Ministry of Transport. The main topic in this event will be “Shaping Tomorrow’s Public Transport in ASEAN countries”.

Alstom Aptis production is going to be stopped. The production lines will be halted by the end of 2021. The news is reported on several French media, among them the newspaper Le Figaro, and involves the plant of Hangenbieten (Bas-Rhin). It is reported that «the management adduces a lack of orders, a...
André Burdet is Vice President Product Management and Strategy and Head of e-mobility business at Hitachi ABB Power Grids. The company is sponsor of the Sustainable Bus Tour 2021 and will take a part to the webinar “The electric depot. Charging and managing large e-bus fleets”, scheduled...
Keolis has been awarded a ten-year contract, worth €150 million, by Västraffik, Gothenburg’s public transport authority (PTA), to operate and maintain articulated fully electric buses in the north-eastern part of the city. The contract is scheduled to come into force in June 2022. The contract...
Not only electric van and electric bus: Arrival activities are involving car manufacturing as the UK-based company made public yesterday that it is partnering with Uber to develop an affordable, purpose-built electric vehicle (EV) for ride-hailing drivers. Arrival has recently became a publicly list...