Lion Electric just announced the construction of a battery manufacturing plant and innovation center in Quebec.

The factory is planned to begin operations in early 2023 and will produce battery packs and modules made from Lithium-ion cells. Construction is projected to break ground over the next few months at a location to be confirmed in the near future.

Lion Electric will then be the first Canadian manufacturer of medium and heavy-duty vehicles to equip itself with its own automated battery pack manufacturing capability.

The electric commercial vehicles producer has secured in early 2021 an order for 60 electric school buses. This segment is expected to witness a great increase in the coming years, with consulting firm Interact Analysis forecasting 27,000 units to be built in the next ten years. 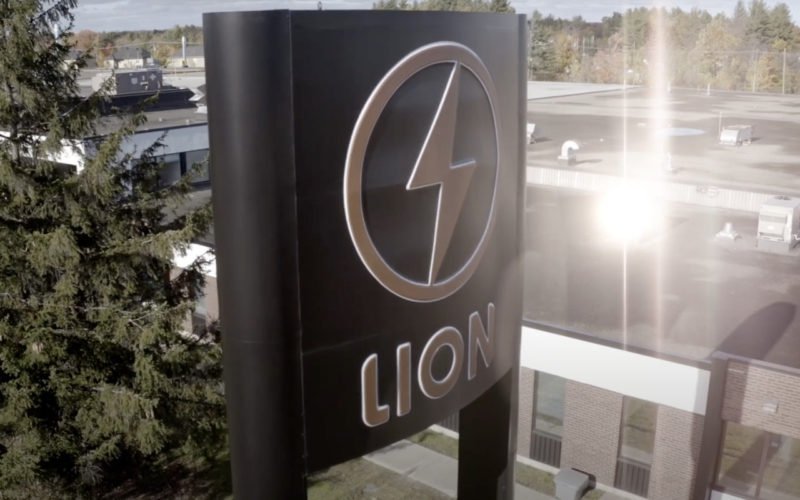 Lion Electric to build a battery plant in Quebec (Canada)

With the construction of the plant, «Lion predicts to see a considerable reduction in the cost of its vehicle manufacturing while ensuring control and optimization of a key component of its vehicle supply chain. Given the battery is the most expensive component of an electric vehicle, this new manufacturing capability will have a direct impact on the development of heavy-duty electric transportation while also offering important environmental and economic benefits».

The Prime Minister of Canada, the Right Honourable Justin Trudeau, the Premier of Quebec, Mr. François Legault, the Minister of Innovation, Science and Industry, the Honourable François-Philippe Champagne, and the Minister of the Economy and Innovation, Mr. Pierre Fitzgibbon, made the announcement yesterday, accompanied by Mr. Marc Bédard, CEO and Founder of Lion Electric.

With a planned yearly production capacity of 5 gigawatt-hours in battery storage, Lion Electric battery plant will be able to electrify approximately 14,000 medium and heavy-duty vehicles annually, the company says. The manufacturing plant and innovation center will offer Lion Electric many strategic advantages, including a reduction in its battery system production cost as well as a stable line of procurement of battery packs.

Lion’s factory is projected to produce one battery module every 11 seconds and a full battery pack every 5 minutes, with great use of automation.

Lion’s innovation center will focus on research and development, with the goal of exploring and achieving new advancements in performance, range, energy capacity and the development of innovative products, and will allow the company the flexibility needed to rapidly adapt to emerging technologies.

Beyond the creation of numerous quality jobs in Quebec – including a projected 135 direct jobs, as well as hundreds more indirect regional jobs – this new facility will become an essential link in a chain of specialized suppliers essential to the electrification of transportation.

Lion Electric, a battery factory in Quebec to accelerate the transition

Canada Prime minister Justin Trudeau said: “With today’s announcement, we are continuing to take steps to support our Canadian businesses, invest in innovation, and protect the environment. It is because of companies like Lion Electric that we are accelerating our transition to a resilient and competitive clean growth economy.”

François Legault, Quebec Prime Minister adds: “In Quebec, we are fortunate to have leaders such as Lion Electric to help build a greener, more durable economy. With its new facilities at the cutting-edge of robotization, the company will be able to increase its productivity and will further its contribution to the growth or our economy. In the actual context of economic recovery, this is the type of initiative that can help Quebec differentiate itself in promising sectors, such as that of batteries, and one that my government commits to support.”

Marc Bédard, CEO and Founder of Lion Electric comments: “Lion is an important player in Quebec and Canada’s ecosystem of electrification of transportation. This factory will allow Lion to integrate a fundamental element to the supply chain of our electric vehicles. Thanks to the financing provided by the federal and provincial governments, we will now be able to manufacture in Canada what we previously imported. Lion, Quebec and Canada will gain from this, both on the economic and environmental fronts, to the great benefit of generations to come.”