The Mercedes eCitaro G is ready to be delivered by the end of this year. There are already definite orders for over 60 of the new Mercedes eCitaro G from half a dozen towns and cities (starting from Munich), the manufacturer points out. Depending on the version, it can transport up to 146 passengers.

The debut of the articulated version of the Mannheim-made electric bus in 2020 has been scheduled by Daimler Buses ‘electric’ roadmap since the launch of the 12-meter eCitaro. 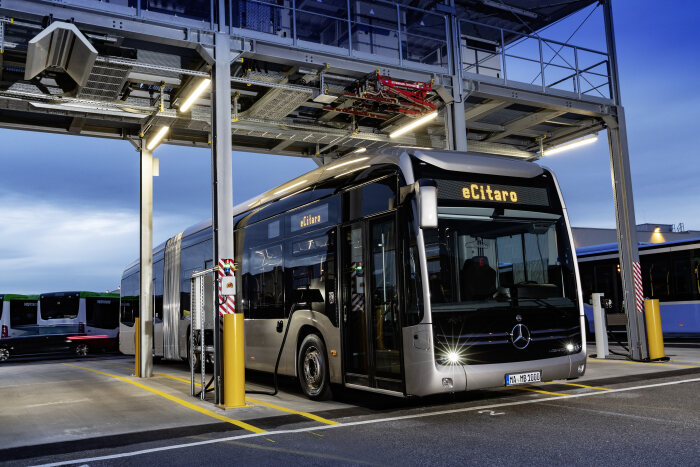 Up to 146 passengers on the Mercedes eCitaro G

The articulated bus is ideal for operations in heavily-frequented towns and cities with large numbers of passengers and is an important factor for improving the quality of life in inner cities. The new eCitaro G combines the advantages of the well-proven Citaro G articulated bus with the technology of the eCitaro and with revolutionary technologies for battery and electric drives.

The eCitaro G is being launched with the NMC variant of lithium-ion batteries, supplied by the German company Akasol, that have proved their worth so far on the eCitaro solo bus. The next stage of evolution has already been defined, Mercedes highlights. It is expected that Mercedes will increase the performance of the eCitaro G this year by switching to a new generation of NMC batteries. This will increase capacity considerably from 292 kWh to up to 396 kWh. The range of the articulated bus will be increased accordingly. 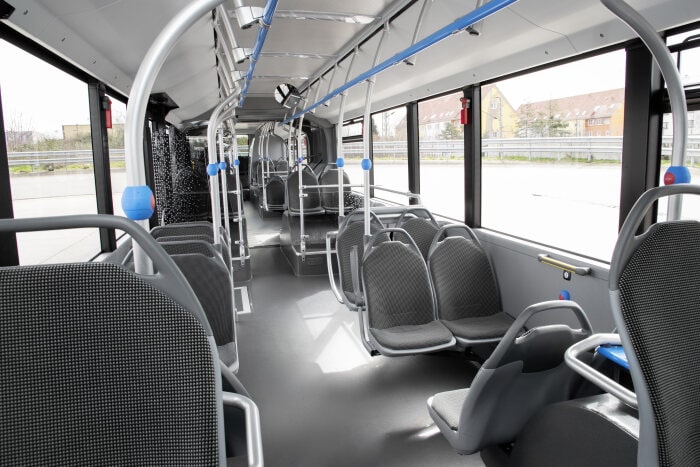 At the same time the eCitaro G will also be offered with the innovative solid-state batteries to store energy. They will be optionally available as a second possible technology. They are characterised by high energy density and a particularly long service life, the manufacturer points out. Chemically speaking these are lithium-polymer batteries. They are known as solid-state batteries because the usually liquid electrolyte is in solid form. Also raw materials such as cobalt, nickel and manganese are not used for this type of battery. Equipped with seven battery packs, the eCitaro G achieves a total capacity of 441 kWh and thus guarantees ranges typical of city bus operations, Daimler says. 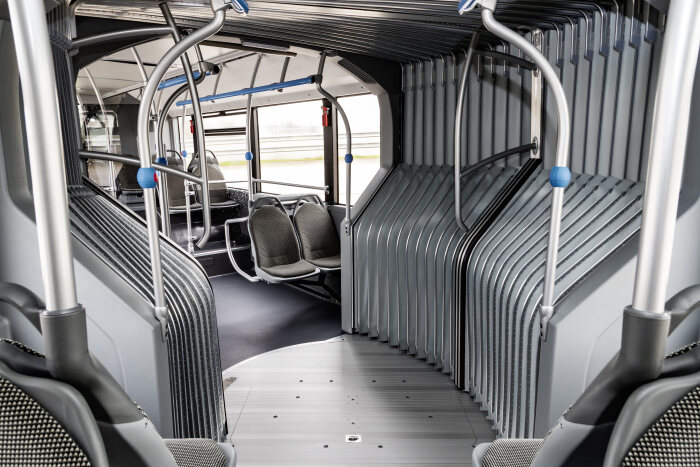 As the use of solid-state batteries is extremely restricted for fast and thus intermediate charging, the battery technology covers other usage profiles than lithium-ion batteries (NMC). They, on the other hand, are ideal for fast charging whether during breaks between journeys at the depot or along the route. That is why Mercede says it is pursuing a two-fold strategy and is offering the eCitaro G with both battery technologies as an option.

“I am really very pleased that our Mercedes eCitaro has established itself very well since its market launch. This shows that we are on the right track, offering products that our society wants and that our customers can work with. With the eCitaro as an articulated bus variant, we are consistently continuing the electrification of city buses: the eCitaro G will be equipped with innovative solid state batteries on request. In doing so, we are setting the course for sustainable and efficient passenger transport in urban centers,” says Till Oberwörder, Head of Daimler Buses.

The next step has already been planned: from 2022 the range of the eCitaro and eCitaro G will be increased yet again with a fuel cell as a range extender.