MVG Munich inaugurated a full electric line with 8 new Ebusco buses. The first day in operation was the 5th October. From now on, line 144 will be driven entirely electrically with these buses. This is the first fully electric line in Munich.

The second line is already on its way: line 100 will also run entirely electrically by the end of the year, Ebusco points out: today four vehicles from Ebusco are in service on that route. Also eight eCitaro G are headed to Munich. In the city, a dedicated depot for e-buses is being currently built. 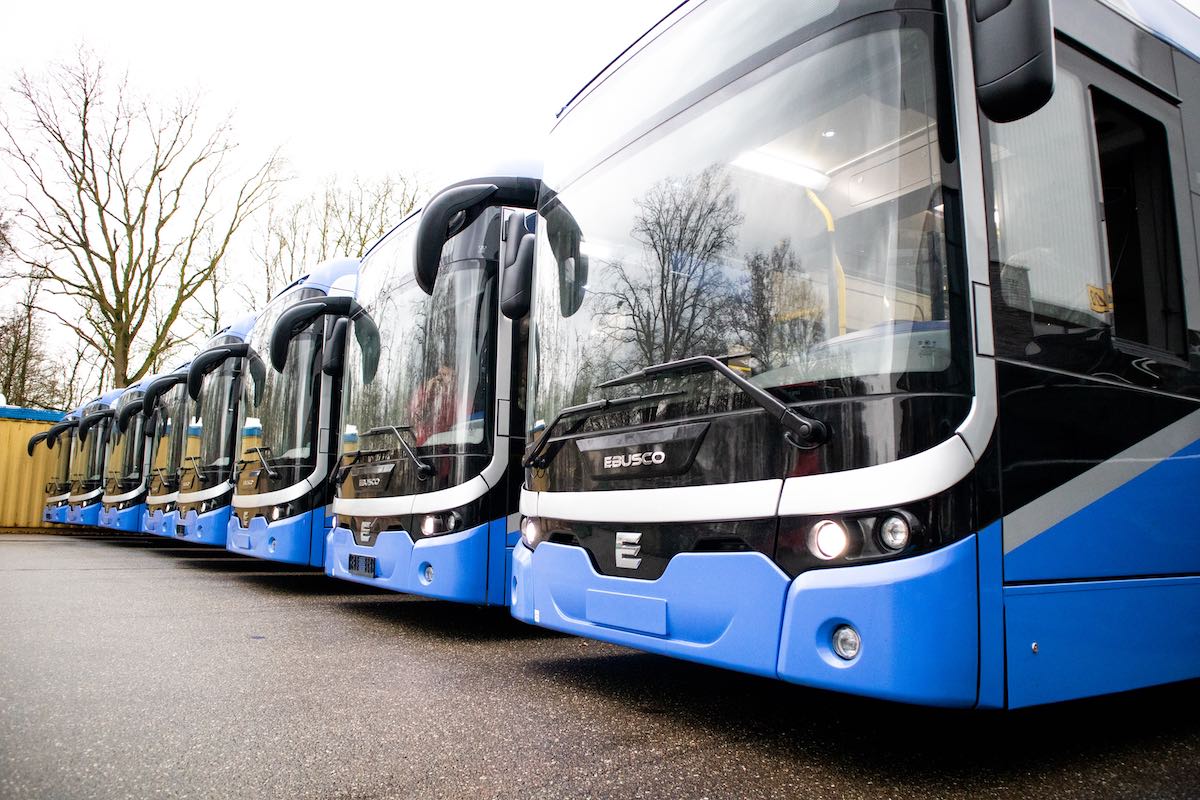 The new eight Ebusco 2.2 buses joined four 4 Ebusco buses delivered to Munich earlier this year. As a result, a total of 12 Ebusco buses are now running through Munich. These are used on lines 100 and 144.

At the moment it is not yet possible to run line 100 only on electric buses, the Dutch producer highlights: «This line from Central Station to Station East is a busy route. That is why articulated (18-metre) buses with a higher passenger capacity are still being used there. However, line 100 will become fully electric by the end of this year»,

Charging infrastructure at the MVG depot in East Munich has now been supplemented with 10 additional chargers provided by Ebusco itself. This means that 15 buses can be charged at the same time. The costs for the 8 new buses and expansion of the charging facilities amount to almost six million euros. The government and the Land of Bavaria are supporting this investment with around three million euros, says Ebusco.

Peter Bijvelds, CEO of Ebusco, says: “It is wonderful that our Ebusco buses run a fully electric line through Munich. For us, this is proves that the Ebusco 2.2 is a fully-fledged alternative to the traditional diesel bus. Our buses can easily run for up to 300 km on a single battery charge. As a result, they only need to charge at night to run their entire service during the day.”

Munich Mayor Dieter Reiter: “By electrifying our bus fleet, we are making a major contribution to the fight against air pollution and thus to the quality of life in our city. Our goal is to run our entire timetable on electric buses. Public transport remains a forerunner in the field of environmental protection. We will continue the transition to emission-free public transport at high speed in our bus, tram and metro networks. We need an alternative to the car, and public transport is an efficient and attractive solution for this.”

Ingo Wortmann, CEO of MVG: “Our goal is to convert our bus fleet almost completely to electric buses over the next 10 years and to run them on green electricity. Two fully electric lines are a good start to gain experience. A condition for this sustainable transition is that electric buses are just as efficient as the current diesel buses. They need powerful batteries with a long range. On the other hand, the buses should have enough passenger capacity to be able to operate on our busiest routes. Without these conditions, there will be a lot of extra costs for additional vehicles and drivers to provide the same timetable. There is still a lot of work to be done.” 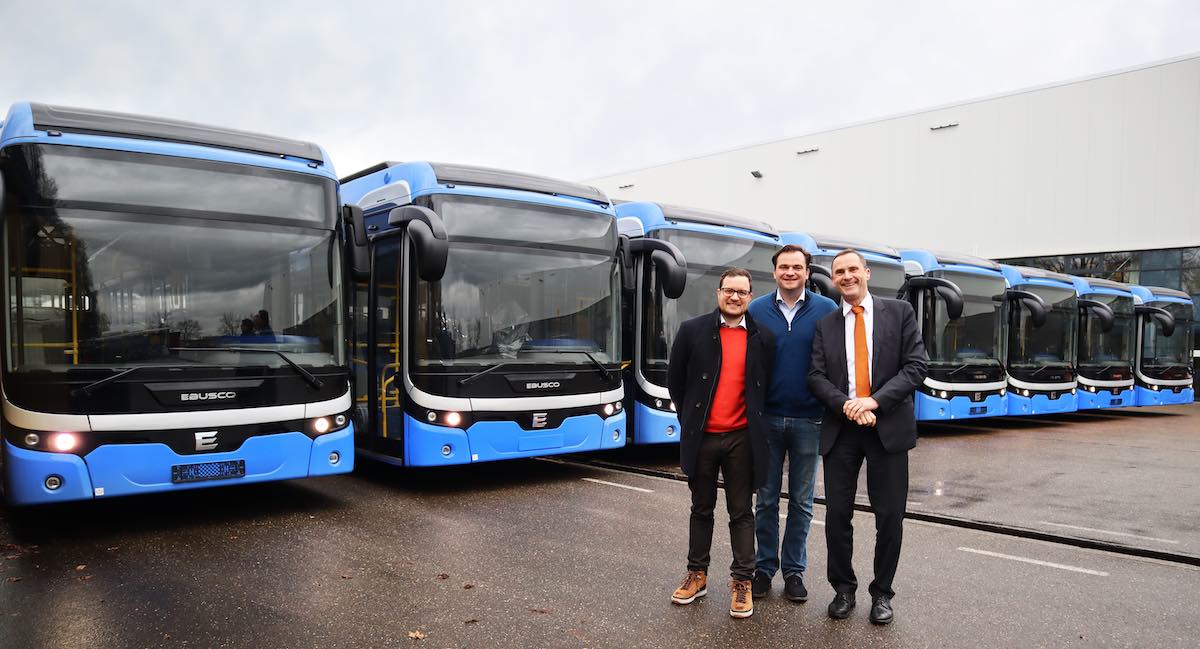 Otokar chose the Busworld Turkey to unveil the 18-meter version of its e-Kent. The e-Kent Articulated has a length of 18.7 meter and can be equipped with a maximum battery capacity of 560 kWh. The battery supplier is Webasto. The motor is provided by Voith (as in the 12-meter version) and is capable...
Arriva Group is launching a new Zero Emission Institute which will be led by a team of experts in fleet planning, to accelerate its journey to net-zero in partnership with cities and regions. The initial focus will be on buses, with trains, buildings and processes part of the remit The Institute &#8...
The Mobility House has been chosen by the Transit Tech Lab to test clean energy initiatives with the New York City Transit Authority through an eight-week pilot program.  The plan is designed to test solutions that will significantly improve public transportation in the targeted area (which also inc...
Madrid and Irizar, a winning combination. EMT, the Spanish capital’s municipal transportation company is continuing its goal of advancing fleet electrification and is awarding, for the fifth time, an order of (90)buses to Irizar e-mobility. With this latest order, EMT of Madrid will add a tota...