The electric bus project of the Schaffhausen public transport company, in Switzerland, is taking a step forward. After the supply of 2 Irizar ie tram and having tested them intensively, Verkehrsbetriebe Schaffhausen (VBSH) decided to another the other batch of 13 electric buses, to be delivered from summer 2021.

VBSH has the target of converting the whole bus fleet to electricity by 2028. A project that has been approved through a referendum in November 2019. What is more, in Schaffhausen project, is that the electricity to feed the buses will be generated by the Rhein river. 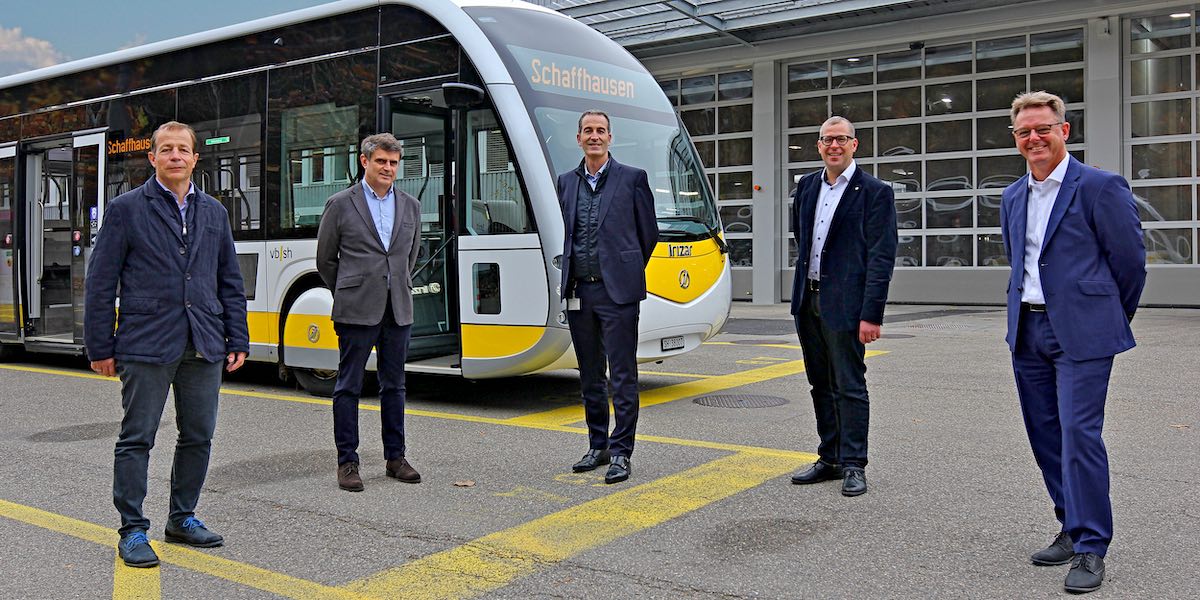 After the first two electric buses arrived in Schaffhausen as pre-series in August 2020, the buses and charging systems were tested. This included load tests with salt bags, the systematic departure of all lines and stops, the commissioning of the charging station at the railway station and a rapid charging station in the bus depot, and scheduled passenger trips on various city bus lines in October.

In summary, the results are good and the feedback is mostly positive, VBSH points out in a press release. The findings from these tests have been directly incorporated into the order for the 13 additional electric buses and the charging infrastructure that has now been triggered.