Otokar took the chance of the UITP Summit 2019 to launch its first electric bus. 12 meter long, the e-Kent C (electric variant of the conventional ICE bus Kent C, diesel or gas fuelled) features a brand new design and will be available in Europe in 2020. Otokar has already started to participate to tenders and accreditation. Powertrain? The well-established ZF AxTrax. 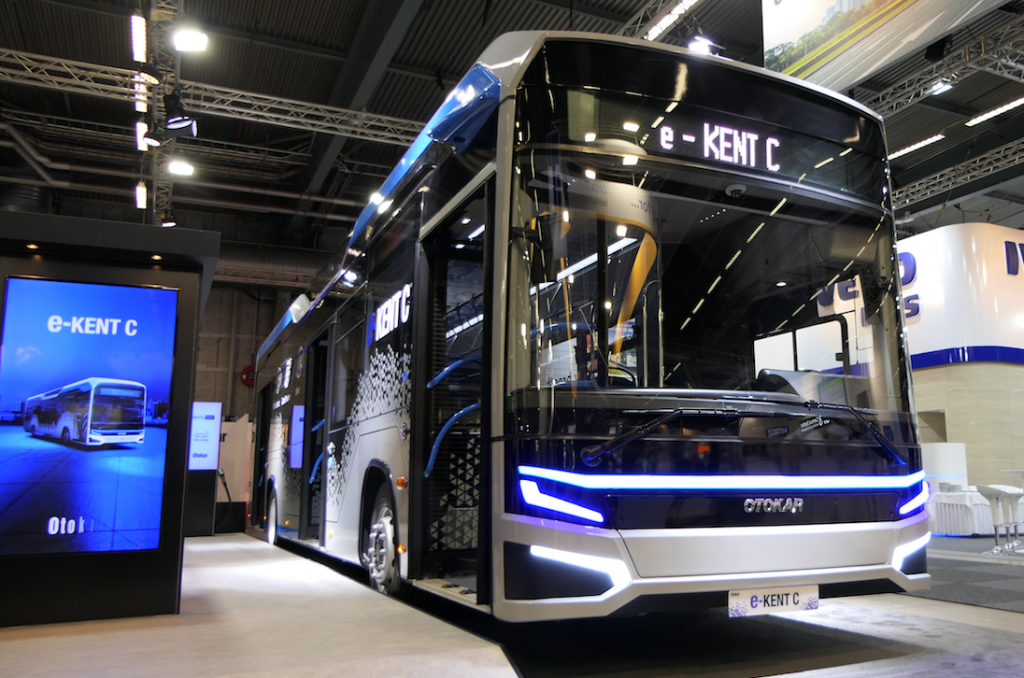 ZF in-wheel electric axle, adopted by several manufacturers such as Mercedes, Solaris, New Flyer, Optare, Alexander Dennis (for the fuel cell bus) provides a maximum output of 250 kW and a maximum torque of 22.000 Nm. All the batteries are placed on the roof. The standard version of the e-Kent C is equipped with four liquid cooled modules, each with 7 high-performance lithium-ion batteries, providing a total capacity of 300 kWh. Otokar opted also for depot charging: the bus is not available in opportunity charging version. The regenerative braking enables 15% to 20% of the energy to be recovered, Otokar highlights. 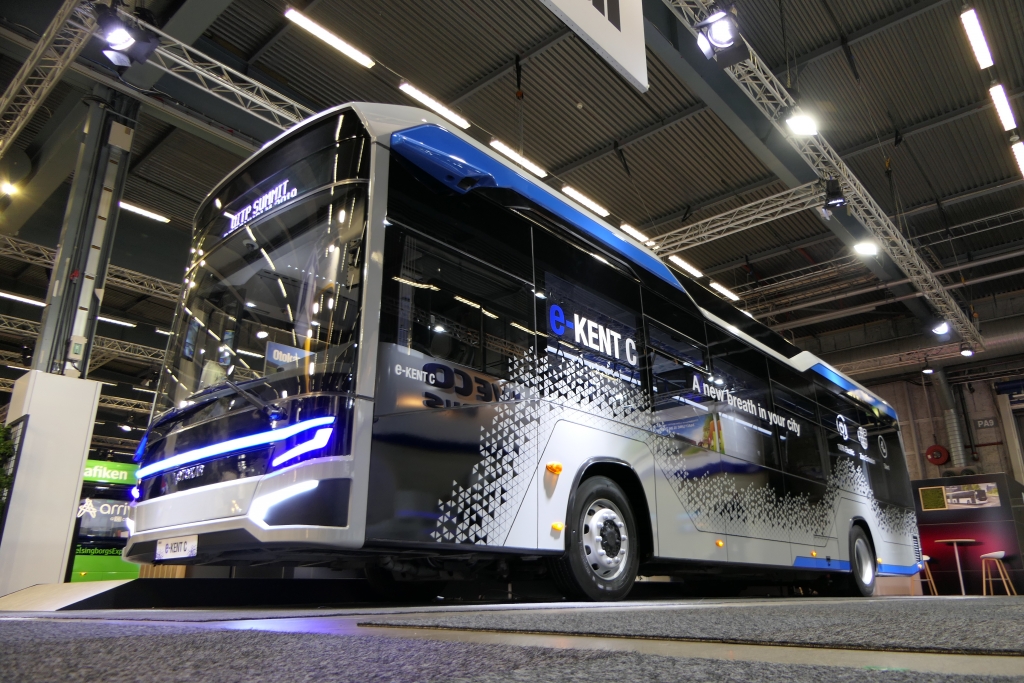 Taking a look at the interiors, the smart dashboard stands out. A digital central screen complements the regular analogue indicators, enabling key vehicle information to be read at a glance. The e-Kent C is “side mirrors free“: their place is taken by cameras that, according to the manufacturer, enable a better road visibility preventing dead angle. The absence of any engine tower allow a better view on the rear for passenger. Rear lights design look quite impressive.

“Otokar has been working on the alternative fuel vehicles for a long time. In Turkey, we launched the first hybrid bus in 2007 and the first electric midi bus in 2012. Despite limited public financial support to generate demand at that time, the Doruk Electra has been tested by several public operators in Turkey and enhanced our knowhow of this technology. Otokar worked also on CNG buses, which already met the European markets, like in Spain, with the sale of the recent delivery of 12 metre units. We’re happy and proud to introduce e-Kent C, Otokar’s new 12-meter full electric urban bus. We believe e-Kent C will be one of the leading choices of operators and municipalities in Europe, who cares about environmental issues more and more every day”, says Ali Murat Atlas, Otokar Europe’s general manager.