Proterra sets a new US record equipping the electric bus Catalyst E2 35-foot with no less than 440 kWh of battery capacity. The bus, Proterra claims, has successfully completed the safety, structural strength and distortion tests at the Altoona Bus Research and Testing Center with 440 kWh of onboard energy storage, the most energy on board a 35-foot (10.6 meter) bus tested at Altoona. 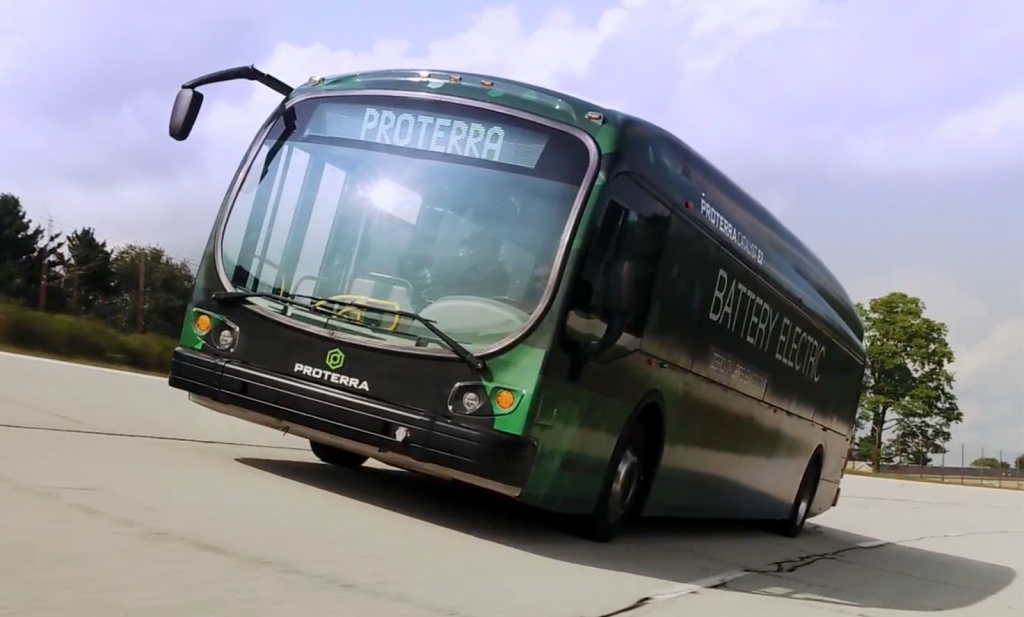 Such a capacity would be a record also in Europe. Irizar has been ordered buses with 525 kWh battery, but they’re articulated vehicles. MAN Lion’s City E is expected to be in line with Proterra record: the 12 meter will be equipped with 480 kWh, while the 18 meter will carry 640 kWh, according to the statements by the company. The mass production will start in the second half of 2020.

A layout built for electric drive

The purpose built design of the Proterra Catalyst, the company explains in a press release, places batteries beneath the floor of the bus and outside the passenger compartment, with the option for additional battery packs on the roof. This distinct design creates a low center of gravity and enables more energy to be stored on board to increase power and range.

Proterra battery systems are designed and manufactured in Silicon Valley. The battery packs are made of strong and lightweight ballistic-grade materials designed to withstand the toughest conditions through rigorous battery and vehicle testing and validation programs.

“The FTA sets the standard of excellence in vehicle testing and with every new generation of Proterra electric buses, we are committed to setting competitive industry benchmarks for energy efficiency, vehicle stability, safety and durability,” said Proterra CEO Ryan Popple. “The electric vehicle industry is fortunate to have facilities like Altoona to ensure that electric transit vehicle technology is high performing and thoroughly tested.”