European Investment Bank funds the purchase of over 200 electric and hybrid buses for Rotterdam region (105 ebuses and 103 hybrids, to be precise). The 115 million euros loan has been announced today and is dedicated to support RET‘s investment programme for the coming years. Besides buying electric buses for public transport in Rotterdam and surrounding municipalities, also metro and tram tracks to be renewed in dozens of locations.

In July 2018, VDL already won a tender issued by RET for as many as 55 electric buses. The vehicles are currently being delivered.

Earlier this year, EIB signed 73.5 million euros loan with public transport company TMB (Transports Metropolitans de Barcelona). The money will be used to buy 254 new buses. 116 of them will be electric buses. The new vehicles will be delivered according to a timeline that should be concluded in 2021. 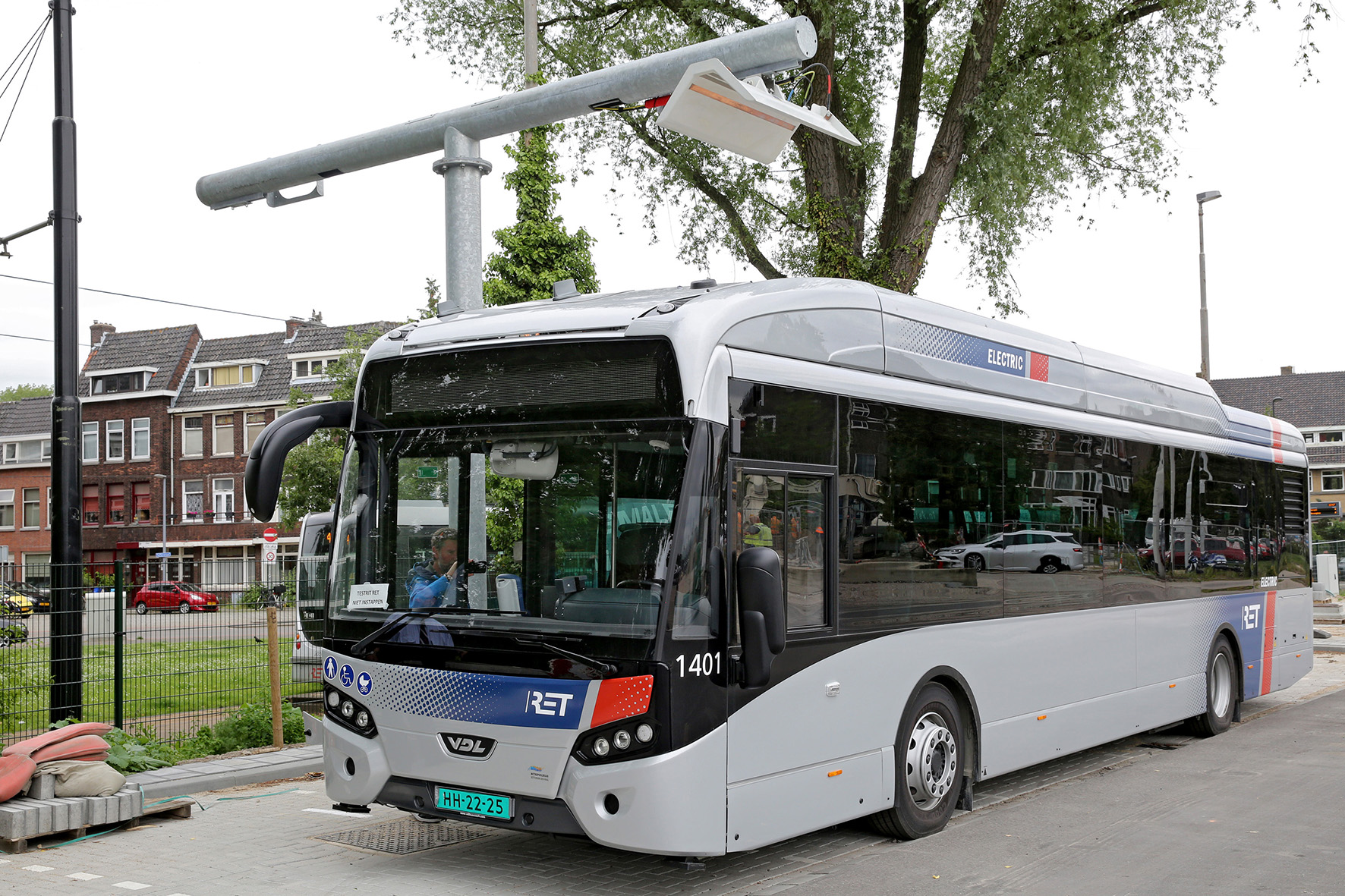 RET to buy buses and infrastructures thanks to EIB

The European Investment Bank (EIB) has signed a loan agreement worth €115 million with public transport provider RET of Rotterdam and the Metropole-region Rotterdam-The Hague (MRDH). RET will use the financing to acquire new electric and diesel-hybrid buses and install related charging infrastructure.

As mentioned, it will also renew tram and metro tracks in various points around the city. Earlier, the EIB already financed the new metros running on the recently opened “Hoekse Lijn” from Rotterdam centre to Hoek van Holland, EIB points out in a press release.

Rotterdam to have only electric buses earlier than 2030

The financing, EIB highlights, is made possible with support from the Connecting Europe Facility (CEF) Debt Instrument and from the Juncker Plan’s European Fund for Strategic Investments (EFSI). Furthermore, RET will also receive a subsidy from CEF for the investments towards electric buses and the related charging infrastructure.

RET is currently implementing a strategy, meaning that Rotterdam will comply with the Dutch goal of having only emission-free buses far earlier that the national goal of 2030. Specifically, the EIB loan will be used to acquire 105 electric buses and 103 diesel-hybrid buses (RET already ordered 103 VDL hybrid buses).

Investments will also be made towards the installation of charging infrastructure in the depots (32 charging points) as well as along the bus routes (17 charging points). Finally, RET will also renew the metro and tram tracks in nearly 70 locations around the city.

European Commissioner for Transport, Violeta Bulc, said: “We are happy to support Rotterdam’s efforts in making its public transport more sustainable through the Investment Plan for Europe. The city sets an example for the transition to low-emission mobility across Europe.”

EIB Vice-President Vazil Hudak stated: “With its strategy to switch over to completely emission-free vehicles, Rotterdam is a front-runner, and this loan is an important step in that process. The EIB is happy to support modern, comfortable transport for all citizens of Rotterdam, which will also contribute to better air quality in the city.”

“This loan allows us to keep the cost of capital very low, since we benefit from the low interest rate that the EIB offers. Over the coming years, we will gradually pay back the loan through our revenues, such as ticket sales and operating subsidies. This will also allow us to stay true to our goal of keeping the costs for the traveller as low as possible”, Frank Hoevenaars, CFO of RET, added.