Leading with the Scania Citywide battery electric bus, the range will encompass buses for all fuel variants. And, what is more, the Citywide BEV electric bus displayed in Brussels is the new generation of the ebus that has been in pilot in Sweden. 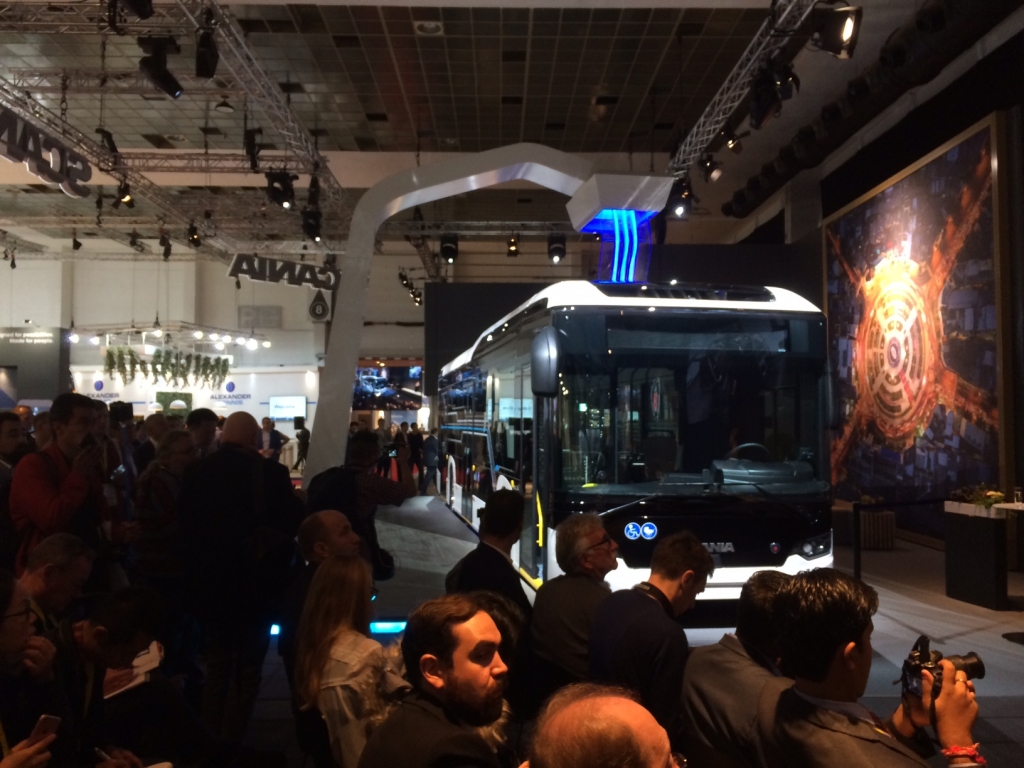 The premiere of Scania Citywide BEV

The 12-metre Scania bus Citywide BEV comes equipped with a 300 kW electric motor developed in house by Scania (which is part of TRATON group). The bus, Scania says, will be able to maintain a speed of 30 kilometres even in hilly roads.

The batteries of the Scania bus have been divided with four on the roof and four in in the rear overhang to give a lower centre of gravity, enabling better bus driveability and handling. This distribution of weight enables the bus to carry up to 95 passengers.

The Scania Citywide BEV showcased at Busworld is built for opportunity fast charging through the inverted pantograph. With fewer batteries, the bus is equal in weight to traditional diesel and gas bus with a similar passenger capacity. In addition to 300 kW DC roof-mounted pantograph charging, the bus is equipped both for alternating and direct current depot charging.

“With a range of 80–150 kilometres, the Scania Citywide is well-suited for the vast majority of inner city routes. Naturally, each transport system must be optimised based on its own set of conditions, however our analyses clearly show that charging throughout the day in most cases provides the best total operating economy,” says Anna Carmo e Silva, Head of Buses and Coaches at Scania.

Focusing on the whole new Scania bus range, the side-mounted engine placement of both the 7- and 9-litre engine, and the electric motor, on 12-metre low-floor city buses gives three extra seats behind the rear axle. Further, the increased front axle load of the Scania bus can give two extra seats. All in all, total passenger capacity has been raised to a maximum of approximately 100 depending of propulsion and layout. 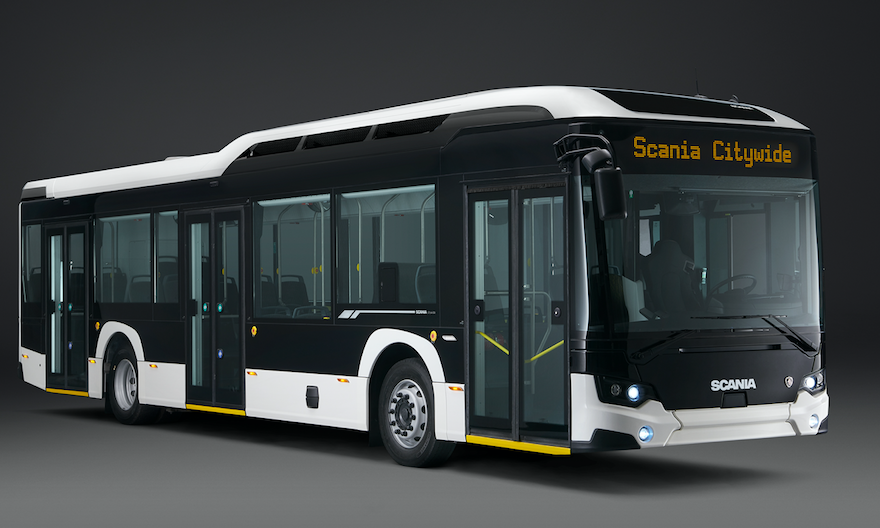 Equipped with the 7-litre engine, the most common in city operations, fuel consumption has been lowered by 3–5 percent. Combined with enhanced gearbox performance, an additional 1–3 percent can be obtained. With the introduction of a start/stop function, the total reduction in diesel and biodiesel operation will be eight percent while the figure for gas buses will be up to 15 percent.

The new Scania Citywide has a completely new interior styling with light colours on roof and side panels. The side windows are larger and have higher ceiling line, which gives more natural light inside the bus. The ceiling has increased in height and has side ceiling panels with a flat design, which improves both lighting and space experience in the passenger area. The broader aisle and indirect ceiling lighting throughout the bus will further add to the feeling of spaciousness and comfort. Passengers and drivers alike will also enjoy better airflow. Better space in the bus will benefit the passenger flow and thereby shorten idling time at bus stops.

For the low floor variant there will be an additional window in the back, compared to current Citywide. This due to the change of engine location. Furthermore, customers can select an additional lower side windows between the front and rear axle, which adds even more light in the passenger area.

Another comfort-enhancing feature is the individual front suspension, contributing to a smoother ride.

“The new Scania Citywide range features lower fuel consumption, higher passenger capacity, better drivability, and vastly improved passenger and driver comfort,” says Anna Carmo e Silva, Head of Buses and Coaches at Scania. “Our guiding light has been to design a bus for more space, light and cleanliness. To reverse global warming, it is crucial that buses offer all the comforts needed to convince more people to switch to public transport.”

“We fully recognise that customers need to consider the entire system to achieve the best total operating economy,” says Carmo e Silva. “This includes, of course, factors such as fuel economy, uptime, performance, passenger appeal and capacity. We have rigorously addressed all these aspects in designing the new Scania Citywide and are convinced that we will now offer a highly competitive city and suburban bus for operations today and tomorrow.”