Delivery in Italy, a new deal in Romania. Time of trolleybus news for Solaris Bus & Coach. The first three of the ten new trolleybuses purchased by TEP Parma (Italy) have started operation in late 2020. The vehicles are running on Line 1 and are supported by a battery with enough capacity in order to allow the vehicle to cover sections of the route without overhead lines. Registration and homologation procedures are underway for the remaining seven Solaris Trollino, that are expected to join the first group on the road by mid-2021.

What is more, a new trolleybus order has been secured by Solaris in Romania: the municipality of Brasov (Transylvania) has ordered 25 Trollino 18. Based on the contract, the producer will supply articulated, low-floor and zero-emission trolleybuses to the customer within 12 months. The value of the contract (backed from EU) amounts to about EUR 19 million.

A batch of 18 Solaris 12-meter trolleybuses has been ordered in 2019 from the operators SETA Modena and TEP Parma, both providing carrier services in the Emilia-Romagna region in the North of the country. 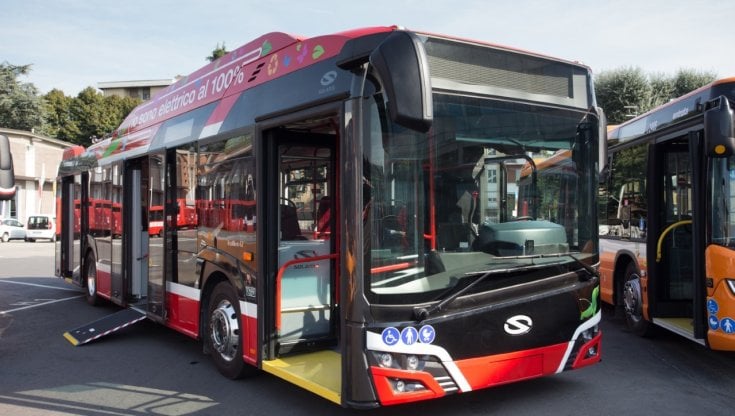 Solaris trolleybuses, a deal in Romania

It is worth mentioning that in July 2020 the manufacturer completed deliveries in Brasov under the earlier order, for 26 vehicles of this type. Some of the ordered Trollino will replace diesel buses on new trolleybus routes launched in the city.

The main purpose of the project co-financed by the EU is to reduce pollutant emissions in the centre of the city. The Trollino 18 are completely emission-free and quiet vehicles. The models ordered by Brasov will be equipped with a 240 kW electric motor. Thanks to fitting the vehicles with batteries they will be able to cover a certain distance of the route without a connection to the traction line. For instance, in the case of a power grid outage they will be able to safely exit an intersection.