Stagecoach opens the path to the deployment of electric double decker buses by BYD ADL outside London. Two units of Enviro400EV have reached their destination, the city of Cambridge, where they’ll be in operation from 17th February for Stagecoach.

Alexander Dennis has supplied the electric double deckers Enviro400EV to Stagecoach for a project between the operator and the Greater Cambridge Partnership, supporting an improvement in air quality in the city centre of Cambridge and giving the opportunity to inform potential future investment in a zero emission bus fleet.

37 units of the same electric bus have been ordered in London to be deployed by Transport for London (TfL) operator Metroline. 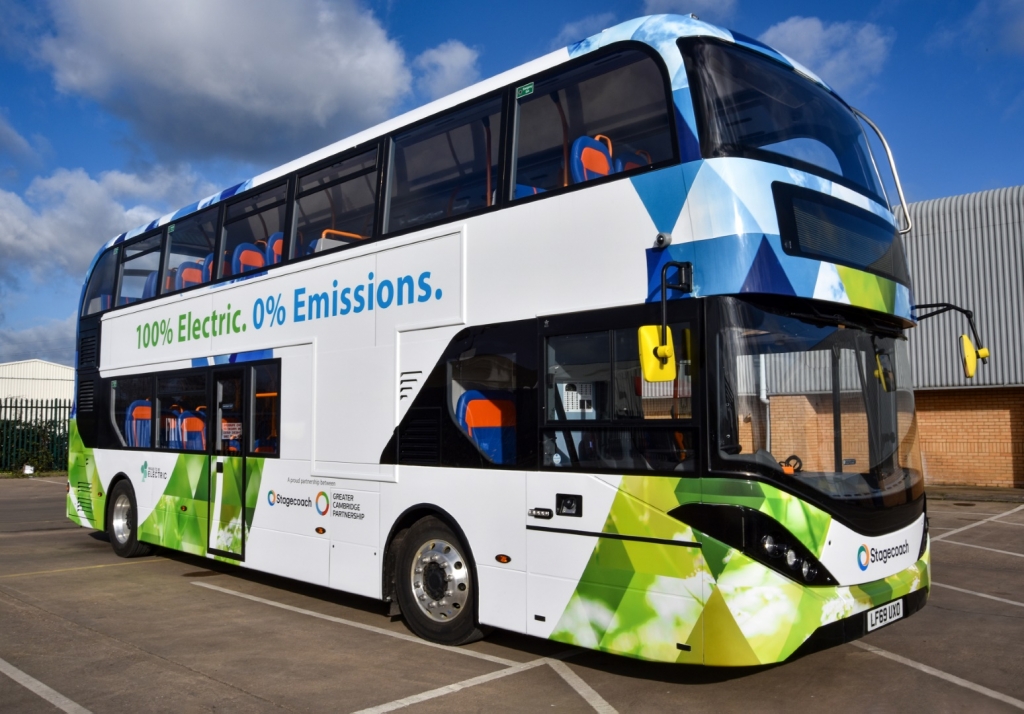 As announced by ADL, passengers on the Citi 6 route in Cambridge will be the first in the UK regions to benefit from the smooth and quiet drive of the BYD ADL Enviro400EV when the electric double deckers enter service on Stagecoach’s city network on 17th February.

The BYD ADL Enviro400EV is built in ADL’s factories in Great Britain on chassis supplied by BYD, its long-term electric bus partner for the UK market. Stagecoach has opted for the 4.2m low-height version of ADL’s City style body, seating up to 70 passengers on comfortable ADL SmartSeats. The 10.9m long vehicles provide room for a further 13 standees.

Michelle Hargreaves, Stagecoach East Managing Director, said the introduction of the electric vehicles was a milestone for the company and supports the Greater Cambridge Partnership’s vision to improve air quality: “Over the years we have steadily reduced the environmental impact of our diesel buses and now 32% of the fleet have the most efficient Euro 6 engines. The addition of the electric vehicles is a further step forward in our attempts to keep emissions to a minimum. Over the past decade across the UK, Stagecoach has invested more than £1 billion in new greener vehicles and by the end of 2020 it will have one of the biggest electric bus fleets in Europe.” 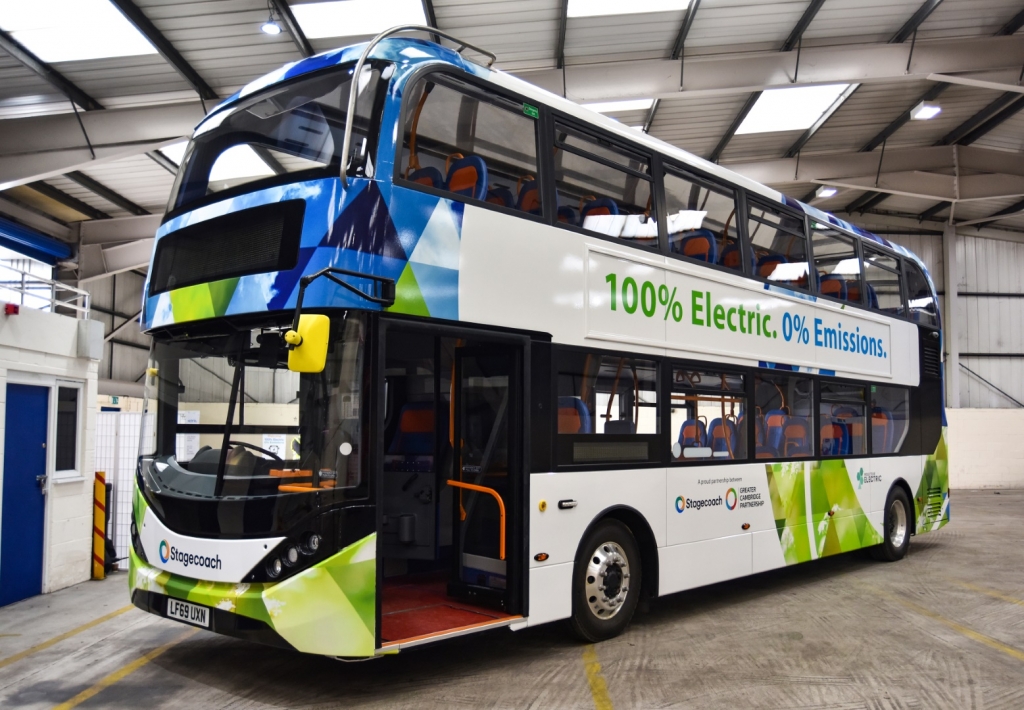 ADL Chief Executive Colin Robertson says: “Double deckers are the backbone of bus services in Britain. The BYD ADL Enviro400EV enables their electrification, having been designed to provide a viable operational range without compromising the passenger experience. We are delighted that the Greater Cambridge Partnership and Stagecoach are first in the UK regions to enjoy its benefits and make buses an even more sustainable choice.”

“With the success of our BYD ADL Enviro400EV double deck product in London, it comes as no surprise that a major operator such as Stagecoach can see the benefits of electric mobility elsewhere,” said Frank Thorpe, Managing Director at BYD (UK). “Our single deck BYD ADL Enviro200EV vehicle is already the electric bus of choice for a growing number of operators around the UK, and I only see an expanding customer portfolio now for our double deckoffering.” 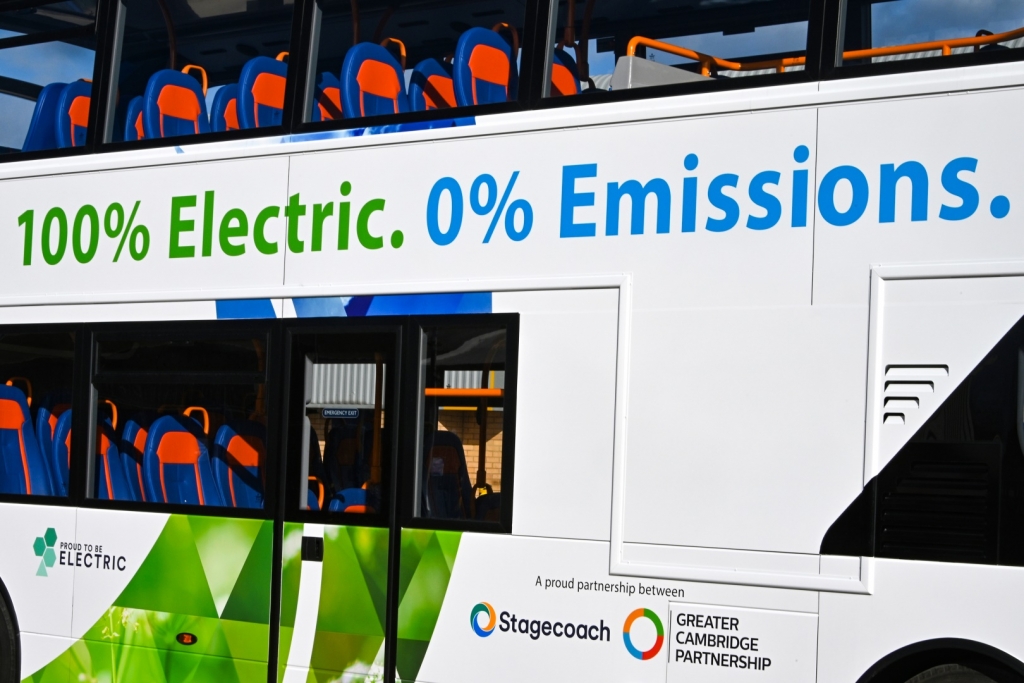