Five lots for a total value of around 116 million euros. These are the specifications of TMB tender for 210 electric and hybrid buses, just issued by the public transport company. The new vehicles are set to replace the same number of 15-year-old buses that will reach the end of their life between this year and 2025, TMB says.

This is the first step in the roadmap announced last December to improve the environmental quality of Barcelona’s bus fleet, according to which from now on only clean (and, preferably, electric) vehicles will be procured.

The tender covers approximately half of TMB’s bus procurement needs for the next four years, estimated at 410 units, of which 62% will be zero emission. 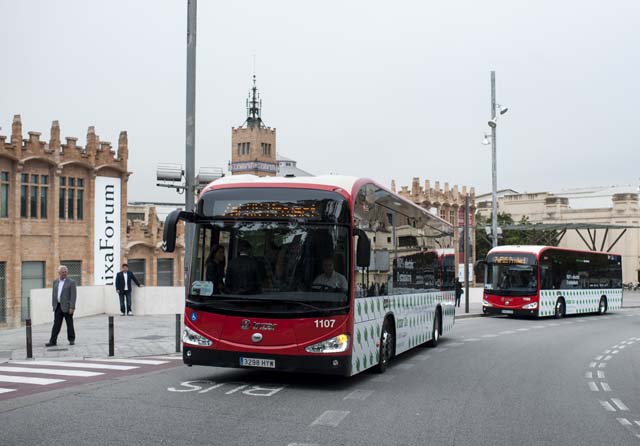 78 e-buses on a tender in Barcelona

The tender is divided into five lots, two of which are focused on battery-electric buses, for a total of 78 e-buses: 29 articulated vehicles equipped with pantograph and 49 standard buses, with pantograph as well. The latter lot is split into two sublots, to be awarded to different suppliers, TMB points out.

The 29 fast-charging electric articulated vehicles will be added to the order for 23 vehicles of the same kind currently on delivery (from Solaris and Irizar) and the 7 currently in service on the H16 line. The aim is to carry out the complete electrification project for Barcelona’s main three urban lines: H16, H12 and V15.

Finally, tenders are being sought for the supply of 24 double-decker buses with diesel-electric hybrid propulsion to replace diesel units, also double-deckers, of the Barcelona Bus Turístic.

The President of TMB, Rosa Alarcón, stresses that “TMB has planned an investment of more than 400 million euros over the next six years, including not only the purchase of the cleanest buses available for each type, but also auxiliary vehicles, the necessary infrastructure and the promotion of hydrogen and biogas as green energies for a future that we want to accelerate as much as possible”.