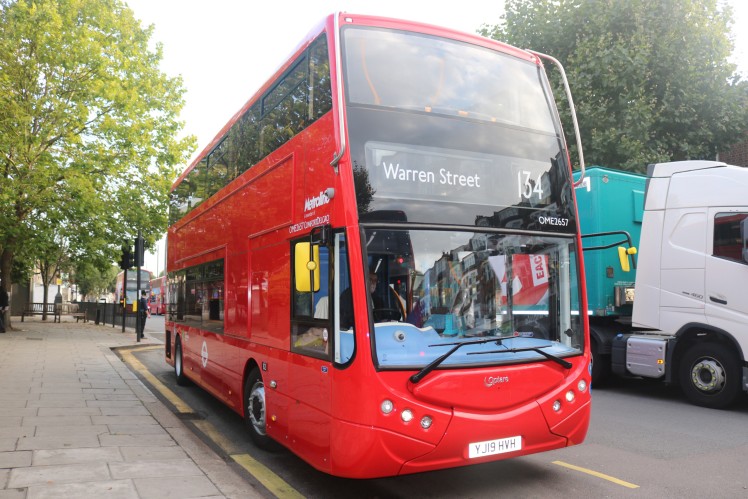 Globally, more than 2,200 electric buses equipped with the AxTrax AVE have already covered 150 million kilometers. The electric axle can be combined with numerous drive configurations – ranging from hybrid and fuel cell drive systems to battery-electric solutions.

Over the course of the year, thirty-seven Optare Metrodecker EVs, battery-electric versions of the iconic red double-decker buses, are to begin serving both the No.23 bus route, running past Hyde Park and Buckingham Palace and route C3, which serves south-eastern London. Operator Metroline has already been running thirty-one Metrodecker EVs since last summer.

“Central London has one of the world’s strictest regimes for regulating emissions. The multiple contracts awarded by the city, demonstrate that the AxTrax AVE is a technology which allows our customer, Optare, to meet the most demanding standards for clean and attractive local public transportation”, says Andreas Moser, Head of ZF’s Commercial Vehicle Technology division.

But the AxTrax will be soon joined, in ZF portfolio of drivetrain solutions for commercial vehicles, by the central electric motor ZF CeTrax. Starting in the third quarter of 2020, ZF electric central drive will go into volume production, the German group announced a few days ago. The drive will be manufactured in Friedrichshafen. It has been already announced that the new component will be mounted on the Solaris Urbino 15 LE electric, the latest (…and longest) electric bus model launched by Solaris, and on the 303E10 by Belarus-based manufacturer MAZ. «Further customer launches are in preparation», ZF highlights.