The Solaris Urbino 15 LE Electric is on the launching pad. A 15-meter variant of the Solaris Urbino LE Electric will be launched by the end of this year, the Polish manufacturer announced. The tri-axle bus is mainly addressed to customers of the Scandinavian market and will be equipped, for the first time, with the ZF CeTrax, the new central motor developed by Friedrichshafen.

Scandinavian markets represent the target of the 14.5 meter e-bus announced in June 2019 by VDL, with serial production to begin this year. Interestingly, the Solaris Urbino 15 LE Electric has been created solely with zero-emission drivelines in mind. 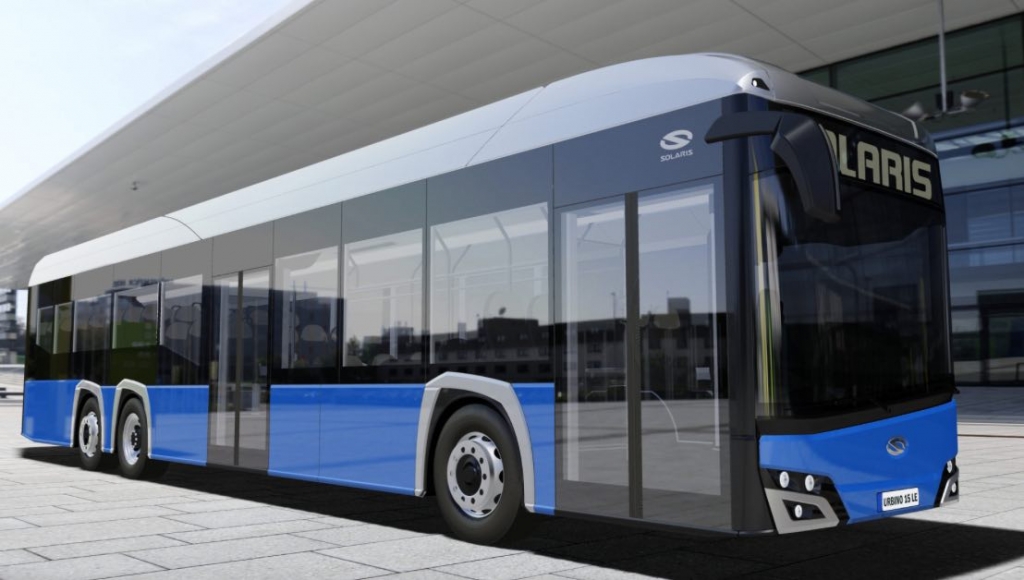 Solaris brings the 15-meter back. Only in electric version

Solaris offered its first tri-axle buses of 15 metres already back in 1999. However, these were models based on conventional diesel and CNG engines. In total Solaris has delivered almost 1,300 units of that type.

This year, the Bolenchowo-based producer decided to devise a new generation of the Solaris Urbino 15 LE model, available only with an electric drive (alternative drive buses made about 40 per cent of Solaris sales in 2019, said deputy CEO Petros Spinaris)

The low-entry bus is designed mainly with operators from Scandinavian markets in mind, which is where the demand for this type of vehicle, serving in urban traffic but also for intercity transport, is huge. 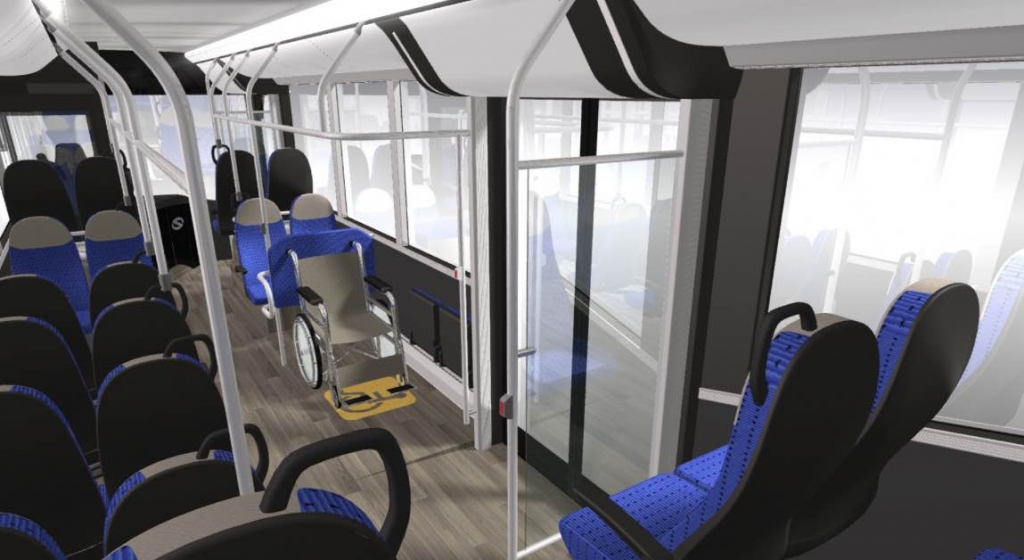 Energy will be stored in Solaris High Energy+ batteries of the latest generation, launched at Busworld 2019 and manufactured by Polish supplier BMZ for Solaris (they allow a maximum capacity of 550 kWh on the articulated bus). Two battery charging modes will be possible, depending on the users’ preferences, involving either a plug-in charger or a roof-mounted pantograph on the bus.

Solaris Urbino 15 LE Electric with 470 kWh on board

The first two pre-series vehicles will be fitted with 6 battery packs with a total capacity of over 470 kWh, Solaris points out. Two will be roof-mounted, whereas four will be placed in the back of the bus. The batteries in this model can be recharged by means of a plug-in, or, at the customer’s request, also using a pantograph. The options available will be pantographs mounted on the vehicle roof or inverted ones. 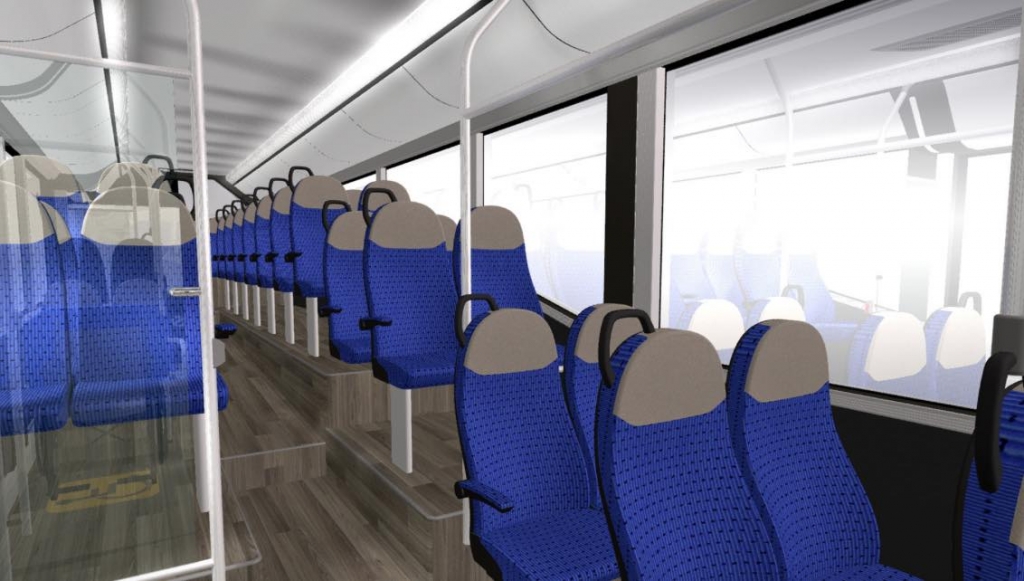 The debut of ZF CeTrax

What is also very interesting is that the 15-meter e-bus from Solaris will host, for the first time, the ZF-made central electric motor CeTrax, which delivers 300 kW. The driveline will be moved to the second (middle) axle of the vehicle. In order to reduce the use of energy to a minimum, the manufacturer will implement SiC technology in the bus propulsion area.

Over the next weeks, the company will finish the design stage regarding the new vehicle and it will launch production of two pre-series buses. Solaris points out that even now operators from one Scandinavian country have confirmed their interest in testing the vehicles in real road conditions.

“Despite the fact that we are building this model mainly for the Scandinavian markets, we are obviously not limited to offering this bus in these countries only. It will be available to all operators who are searching for a Low Entry, tri-axle buses for urban and intercity transport. It is also a completely zero-emission alternative for CNG buses”, says Petros Spinaris, Deputy CEO of Solaris Bus & Coach S.A. 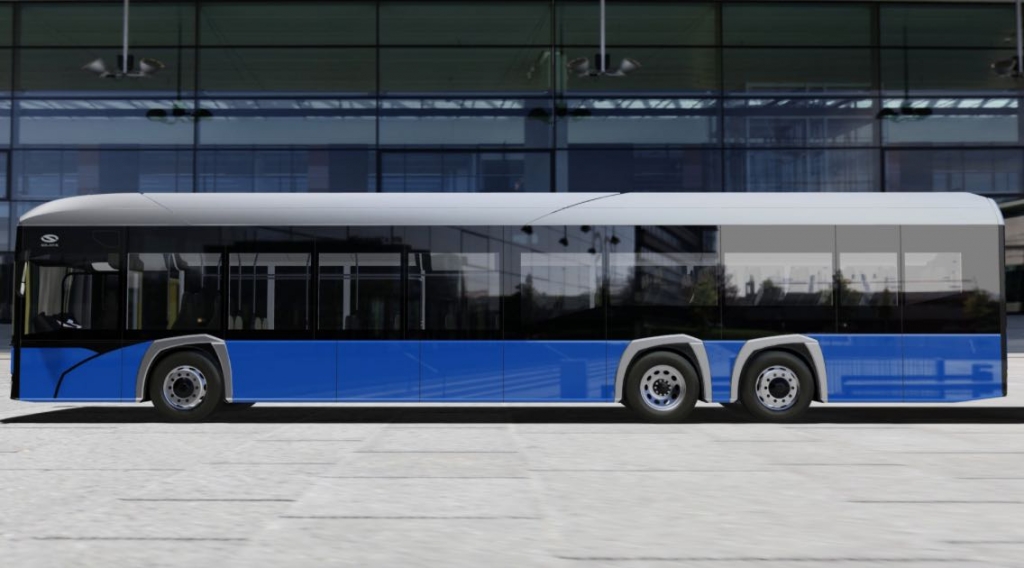