A new fuel cell bus and the first BRT bus running on hydrogen. Van Hool bets on the electric future through hydrogen. The efforts of the Belgian company have long since been focused on the development of hydrogen drive. Two premieres are ready to be launched in the short and medium term: the new A330 FC hydrogen bus and the innovative Van Hool Exqui.City 18 FC bus, which will be on the road from the end of 2019 in Pau, France. It will be the first BRT system in Europe running on hydrogen. 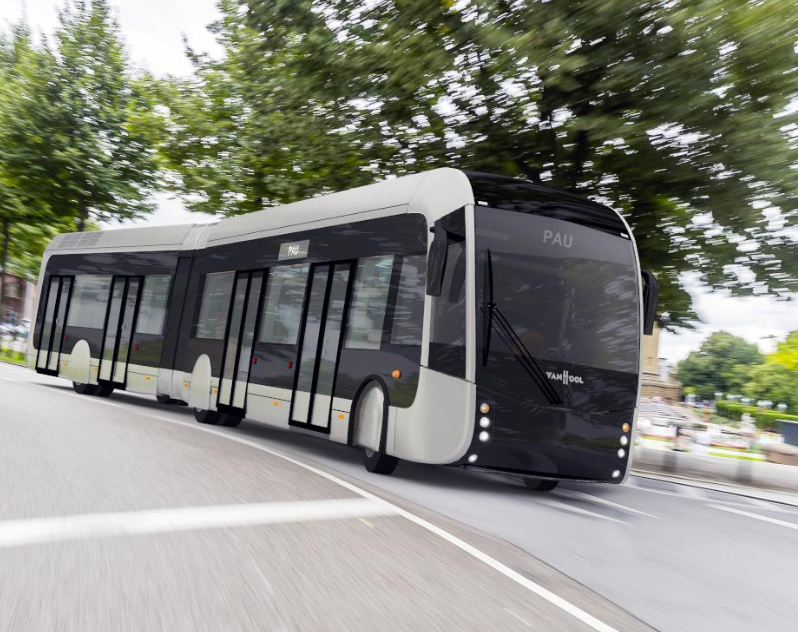 Van Hool, focus on hydrogen in Europe and US

Van Hool, through the responsible of sales public services Geert Van Hecke, took part to the Zero Emission Bus Conference Europe 2018 in Cologne, that saw Sustainable Bus as media partner. Van Hool’s history is 70 years long, and fully focused on export: 90 per cent of the production (1,200 buses and coaches per year) is exported worldwide. The employers in the two production facilities (Belgium and Macedonia) are 4,900. At the moment, the manufacturing capacity of Van Hool is 3 fuel cell buses/week. From September 2019 it will rise up to 1 fuel cell bus/day. And there are plans for a plant in the US, where the new factory will be in operation from 2020. In the same year is scheduled the launch of the CX-E coach, of course hydrogen fuelled.

The advantages of hydrogen

According to Van Hool, as Van Hecke said in Cologne, hydrogen has most potential to become «the disruptive technology driving large scale zero emission deployment». The answer relies on physics: the figures presented by Van Hool at European Zero Emission Bus Conference show that a fuel cell bus can carry 2.4 times more energy than a battery electric bus. And the time to charge would be 8.5 times faster.

The new A330 FC will be delivered in 30 units to Cologne (that is tendering 53 battery electric buses), and other 10 vehicles will be deployed in Wuppertal through Jive 2 EU funded program. The vehicle, when deployed on flat urban service lines, will be equipped with 24 kWh traction battery and 85 kW hydrogen fuel stack. The version of the bus for regional and hilly city services is fitted with a 36 kWh traction battery. 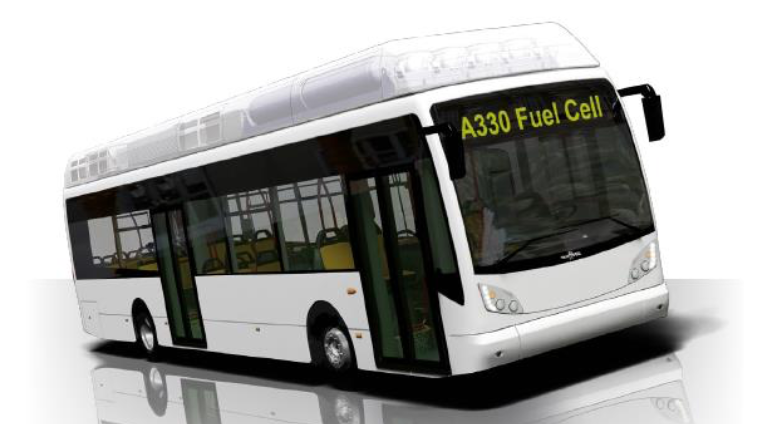 Another new project is being developed in Van Hool factories. The Van Hool Exqui.City 18 FC (18.62 metre long) will be the first BRT bus running on hydrogen. The company won the tender for the delivery of 8 vehicles in Pao (France), in consortium with the French multinational electric utility company Engie and ITM Power, specialised in the manufacture of integrated hydrogen energy systems, that will be responsible for the station based near the bus depot. The brand new vehicle will have a 125 passenger capacity and an autonomy of around 300 km, states Van Hool. The articulated bus is equipped with FCveloCity-HD 100-kilowatt fuel cell engine realized by Ballard. The total value of this contract is €13.5 million, of which €7 million has already been acquired through regional and European grants. 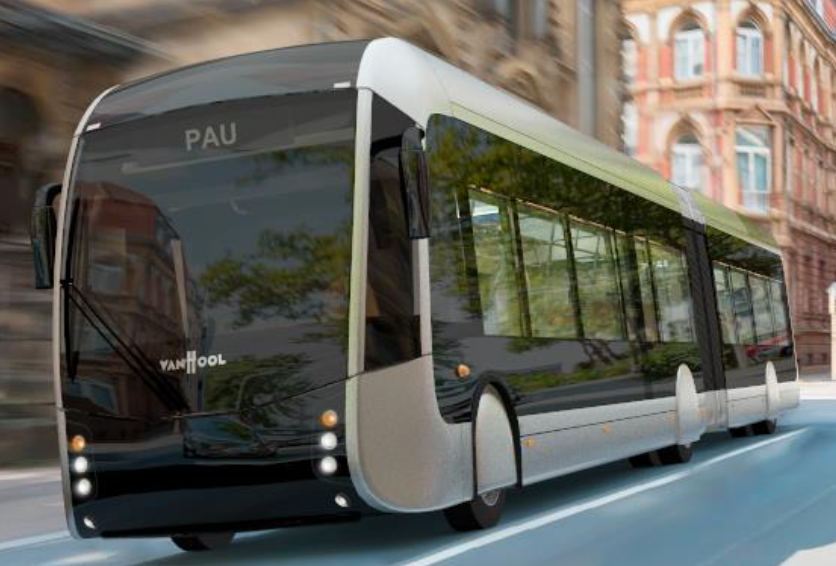