KVB, the public transport company of Cologne, Germany, has issued a tender for 53 low floor electric buses. The delivery of the vehicles is set for 2020 – 2021 (more precisely: 13 vehicles in 2020, the remaining 40 in 2021). The tender (a negotiated procedure with prior call for competition) concerns 48 articulated vehicles and five solo buses. Just a few days ago Frankfurt received its first five electric buses and announced the plan to convert the whole fleet to electricity by 2030. 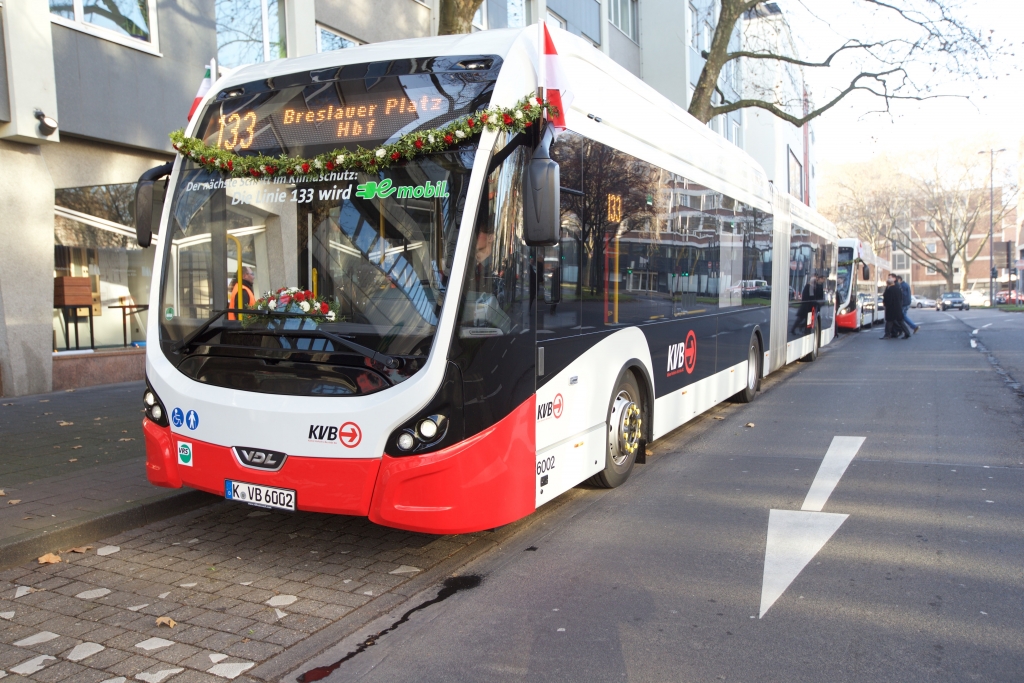 The tender follows the signature on the Declaration of Intent on promoting large-scale deployment of clean, alternatively fuelled buses in Europe made by Cologne mayor during the European Zero Emission Conference 2018, a few weeks ago. In that occasion the declaration was ceremoniously handed over to Maja Bakran Marcich, Deputy Director General of Mobility & Transport for the European Commission.

Cologne already electrified the bus line 133, that is served only by full electric buses from the end of 2016. VDL Bus & Coach delivered eight articulated Citea SLFA Electric. Line 133 in Cologne was Germany’s first 100% electric bus line. The 53 electric buses that will be ordered at the end of the procurement process will replace diesel buses currently in operation. All the vehicles will be low floor buses.

According to a survey recently published by the German weekly magazine Wirtschaftswoche, in 2030 the main five German cities (Cologne of course is part of the group) will have a total of 3,000 electric buses in operation. Hamburg has recently presented the first eCitaro (out of a 20 ebus order, plus 10 Urbino). Still the eCitaro has also been delivered to Berlin (BVG bought 15 Mercedes and 15 Solaris electric buses). Munich is beginning its transition.