The go-ahead has been given: over 470 million euros will be allocated from the Italian government for the reorganization and expansion of Genoa trolleybus system (and of the public transport network of the city as a whole). According to the ambitious plan proposed by the Genoa City Council earlier this year and now approved in Rome, trolleybuses will be deployed on a system of four axes (Levante, Centro, Ponente, Valbisagno).

The Decree proposed by Minister De Micheli provides also for the disbursement of approximately 7 million euros to be allocated to the rehabilitation and expansion of the trolleybus network in Ancona. 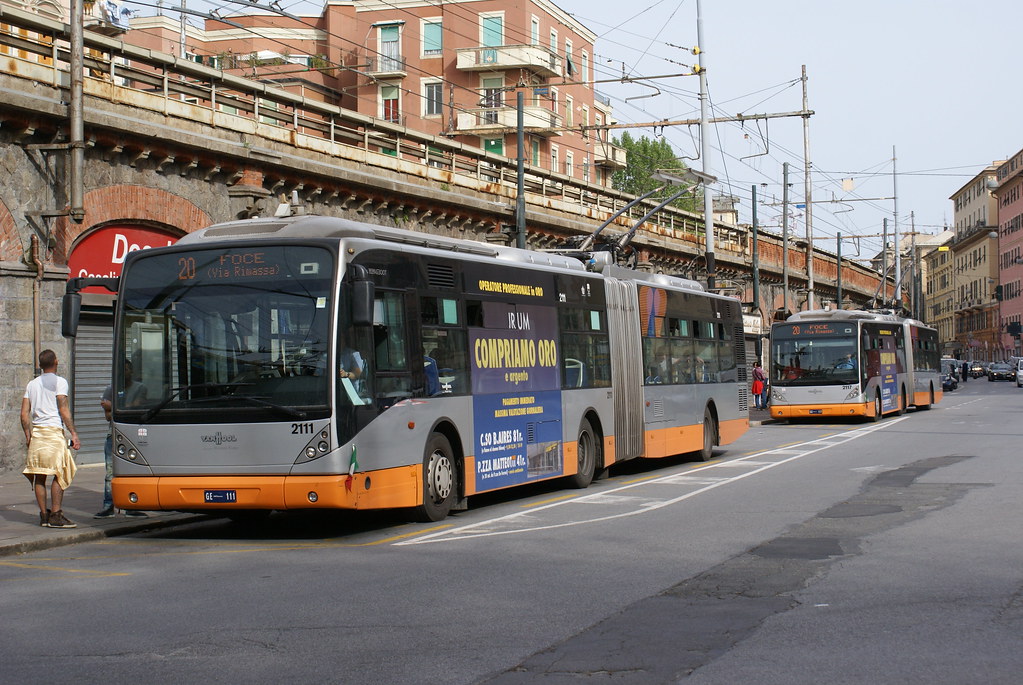 The 470 million euros project (a first version was worth 650 million) envisages the organization of a trolleybus network extending about 50 km, mainly on reserved or protected lanes, along the main routes of the Genoa public transport system. The plan will bring to the purchase of as many as 145 18-meter battery-electric trolleybus. 17 new electrical substations will be built. In addition to road and construction works, specific urban and road network adjustments are also planned. Finally, 2 car parks, 12 terminus stations will be realized.

The ultimate goal of the plan is a 8.1 % reduction in journeys by private vehicles, and a 24.3 % increase in journeys by public transport. In the city center, commercial speed is bound to increase at 14 km/h, while today it is 10.8 km/h.