In Gothenburg, in fact, batteries from electric bus route 55 are getting a second life for solar energy storage. It is part of a research project where Volvo Buses, Göteborg Energi, Riksbyggen and Johanneberg Science Park are working together to examine electricity storage in apartment blocks that have their own electricity production via solar panels. 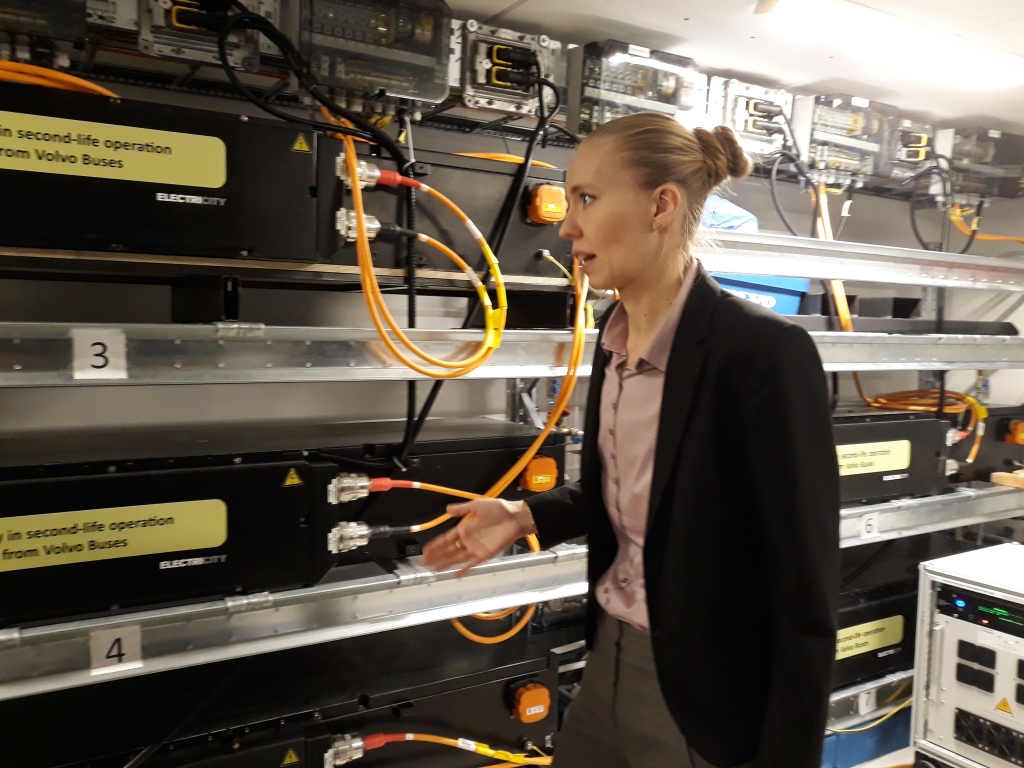 The project is starting…

Volvo Buses is taking part in a research project whereby used electric bus batteries get a second lease of life as solar energy storage units. The research is taking place in Riksbyggen’s Viva housing cooperative in Gothenburg, an apartment complex that aims to be Sweden’s most innovative and sustainable housing project – Positive Footprint Housing. Tenants are just starting to move into their new apartments.

The research on energy storage in used bus batteries is done with support from the EU project IRIS Smart Cities. IRIS is a Light House project, financed by EU HORIZON 2020.

In Viva housing cooperative, Riksbyggen, Volvo, Göteborg Energi and Johanneberg Science Park have created a unique system whereby energy from solar panels on the roofs of the apartment buildings is stored in batteries that previously powered electric buses on route 55.

The energy warehouse is used to cut the property’s power consumption peaks, and to store or sell surplus solar energy. It can also be used to buy and store electricity from the national grid when it is cheap and green, for later use. This improves the efficiency of housing association Viva’s own energy system as well as that of the city’s power grid.

The battery warehouse consists of 14 used lithium-ion electric bus batteries. They are installed in a battery chamber and linked together to create a 200 kWh storage pack. This energy warehouse allows a larger proportion of Viva’s solar-generated electricity to be used for the housing association’s power needs. 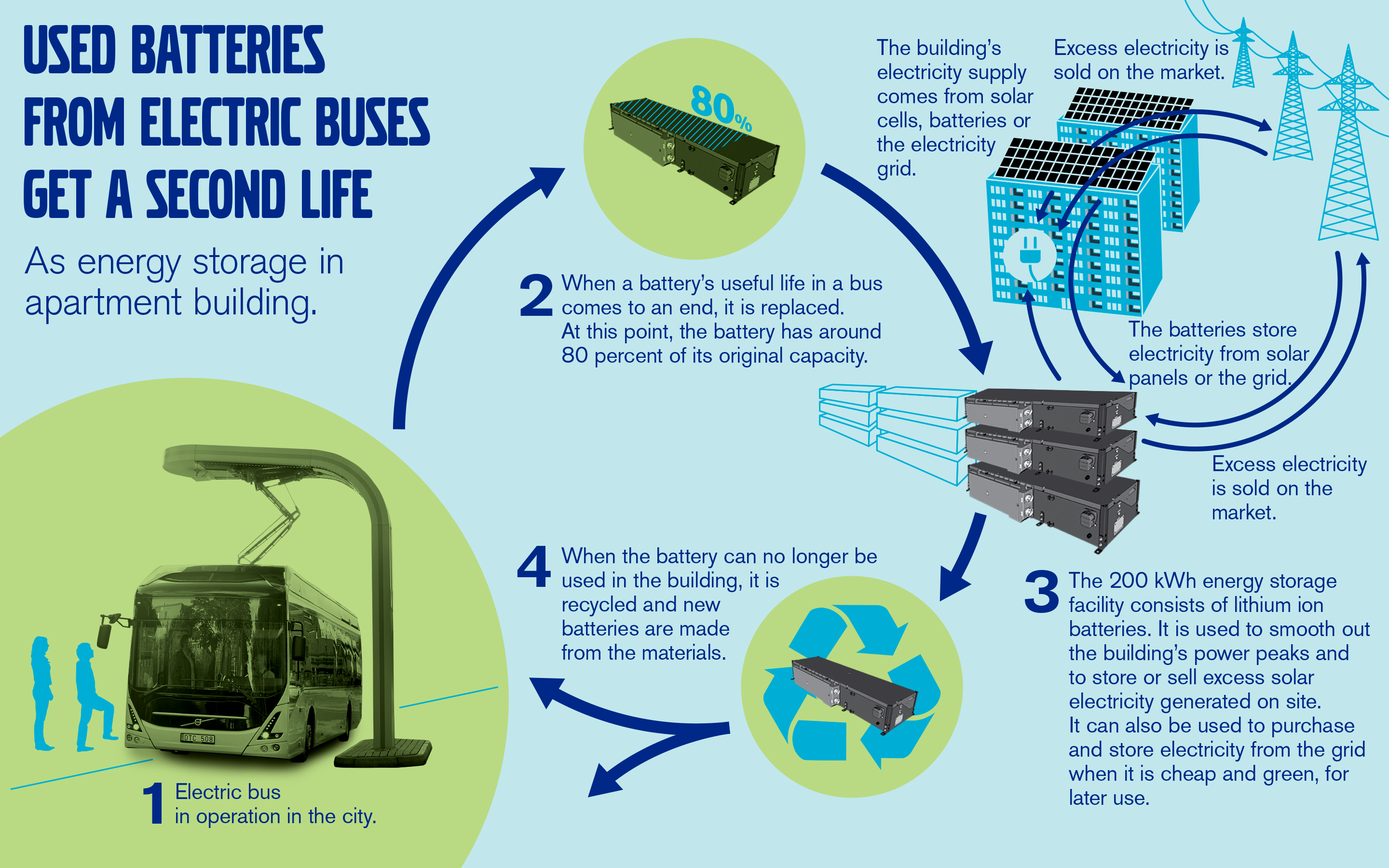 “We know that electric bus batteries have good potential for other applications such as energy storage after the end of their life in public transport. What we are examining here is exactly how good that potential is.

Use of the batteries in an energy warehouse gives them an extended service life which in turn means better resource utilisation and less environmental impact. Here at Volvo we are examining various possibilities for the reuse of bus batteries for energy storage, and Viva is one such example,” says Ylva Olofsson, Project Coordinator at Volvo.

The reuse and recycling of batteries is a key issue as increasing numbers of cities plan transition to electrically powered transport. Anyway, also the use of electric bus batteries for storing energy when the bus is not in operation may lead to interesting developments.

This solution is being tested in the US, in NY State, where five electric school buses by Lion Electric will be used as power storage over summer break: the energy utility Consolidated Edison contributed to the purchase of the buses in order to use them, in summer, for transfer power back to the grid during peak hours, when the energy demand is higher, like in the afternoons after people return from work and turn on air conditioning units.