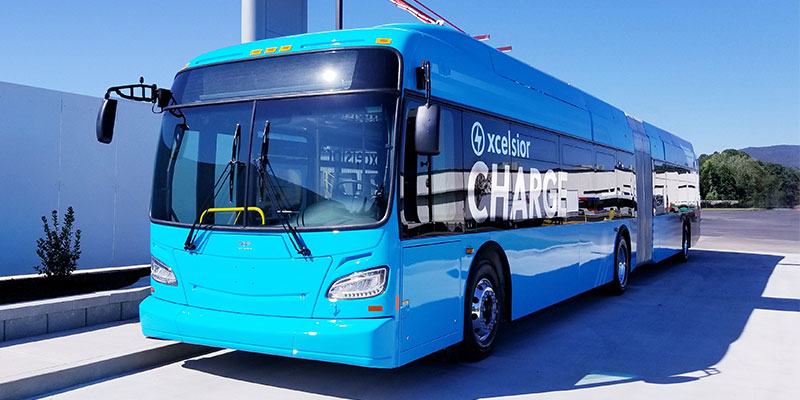 The contact includes New Flyer providing 16 Siemens 150 kW direct current interoperable chargers. Installation, testing and commissioning are to be performed by the recently announced New Flyer Infrastructure Solutions: a new service in charge of supporting mobility projects from start to finish, focusing on energy management optimization as well as infrastructure planning and development.

Recently, New Flyer unveiled the Xcelsior Charge H2, thus becoming the first company in the US to offer two models of hydrogen bus, both eligible for federal funding. In fact, the 40 foot as well as the 60 foot (12.1 and 18.2 meter) model have successfully completed the Atona Testing. 25 units of Xcelsior Charge H2 will be delivered to three transit agencies as part of California Climate Investments (CCI)