A new 100 % electric bus route in Paris. A contract awarded to BE Green – Keolis

Keolis (in consortium with Autocars Dominique’s subsidiary BE Green) will be operating a 100 per cent electric bus route in the 15th arrondissement of Paris. At the beginning the line will be operated via Zeus electric minibuses, but according to the French magazine Bus&Car, they’ll soon be replaced with Karsan Jest Electric.

On 1st February 2020 there will be the kickoff of the 59-month contract ending on 31st December 2024. At that date, all bus routes in Paris and its inner ring of suburbs will be opened up to competition, Keolis points out. By 2025, moreover, Paris bus  network, according to RATP plans, will be made for 2/3 of electric buses and for 1/3 of biogas-powered buses.

One month ago, Keolis Nederland awarded BYD with the largest electric bus order so far (259 units). 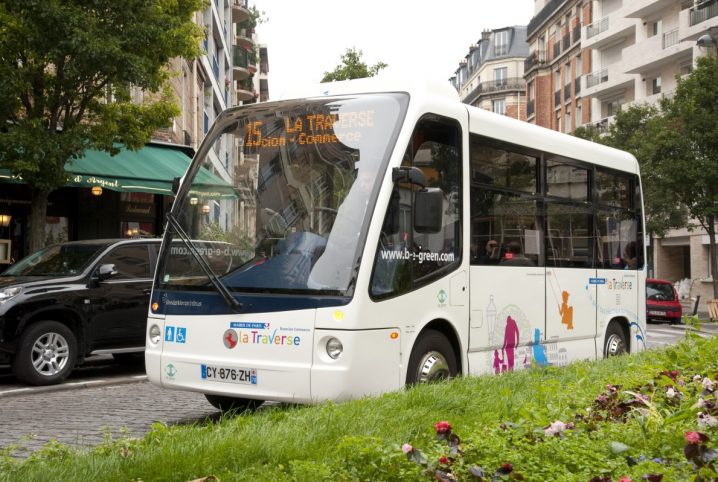 Electric minibuses in the 15th arrondissement

The 22-passenger electric minibuses will be running seven days a week throughout the year, are accessible to people with reduced mobility and equipped with on-board defibrillators. The operator in charge of the new electric bus route will be BE Green, already responsible for the first battery-electric Flixbus route in France, that connects Paris to Amiens.

Under the new contract which will start on 1 February 2020, Keolis will be responsible for deploying dynamic passenger information. This will include, among other things, e-paper passenger information points featuring electronic ink (very low energy consumption) which provide comprehensive passenger information in real time, Keolis highlights.
An app will allow passengers to identify the next services at the closest stop, and to visualise the approaching vehicle on a map. Passengers will also be able to subscribe to network alerts and messages received via the app’s messaging system.

In the Île-de-France region, Keolis is already operating 250 bus routes and one tram lines (employing 4,000 people and 1,900 vehicles). Further two tram lines (CDG Express and Tram 9, whose opening is scheduled for late 2020) are currently under construction.

The electric minibus route awarded to BE Green will soon witness the debut of three Karsan Jest Electric, reports the French magazine Bus&Car Connexion. The main feature of the battery-electric buses by Karsan is the technology supplied by BMW. The 6-meter electric minibus Karsan Jest Electric, unveiled in late 2018, stands out for having also the electric motor provided by the German car producer. It delivers up to 125 kW and 290 Nm torque.

The battery, on the Jest Electric, could be chosen in 44 kWh or 88 kWh version. The range, according to the manufacturer, is up to 210 km. Recently Karsan has announced it will supply 20 electric buses (4 Jest Electric and 16 Atak Electric) in Romania.

Keolis wants to became a key mobility actor in Paris

Commenting on the service, Youenn Dupuis, Deputy CEO of Keolis Île-de-France said, «Keolis, Autocars Dominique and BE Green will be working hand-in-hand with the City of Paris and the inhabitants of Paris’ 15th arrondissement to improve everyday mobility. As the sector in the Paris Île-de-France region opens to competition, this opportunity to deploy Keolis’ savoir-faire in the heart of Paris is another step on the way to becoming a key mobility actor in and around Paris.”