Spanish operator ALSA is going to receive two Solaris Urbino 12 Electric and two stationary chargers. The vehicles, to be delivered later this year, will operate on the public transport network of Bilbao, the biggest city of the Basque country, ‘homeland’ of Solaris owner CAF group (as well as of Irizar…).

As many as nearly 200 Solaris buses are today in operation in Spain. 80 hybrid drive vehicles have been delivered in San Sebastian and Barcelona (where three electric articulated buses are also deployed). Early this year, Avanza Zaragoza had a Solaris Urbino 12 Electric on a trial.

ALSA Group commissioned the Solaris Urbino 12 electric model. The version for Spain’s Bilbao will be powered by the ZF AxTrax system: an axle with two integrated traction engines of 125 kW each, the same adopted by Mercedes for the eCitaro. The electric Solaris will be equipped with a pack of Solaris High Energy batteries with a capacity of 240 kWh. The batteries will be recharged using a plug-in connector.

Featuring a door layout of 2+2+2, the vehicle can carry at least 75 passengers in one go, of whom 26 will travel seated. 10 of the seats will be accessible from the low floor. All passengers will be able to benefit from a range of amenities including, above all, air conditioning in the whole vehicle, a passenger information system with voice announcement, video surveillance, as well as USB ports installed in handrails, which allow passengers to recharge their mobile devices en route.

The buses, Solaris points out, will also have a much less common feature, as they will comprise two ramps enabling entry of wheelchair-bound passengers or those travelling with prams or pushchairs; one of these ramps will be operated electrically, the other – manually.

For the order for Bilbao, the Polish producer will also apply innovative solutions regarding thermal management, whereby the vehicle will be automatically pre-conditioned to the desired temperature one hour before setting out – if the temperature outside drops below 15 degrees. 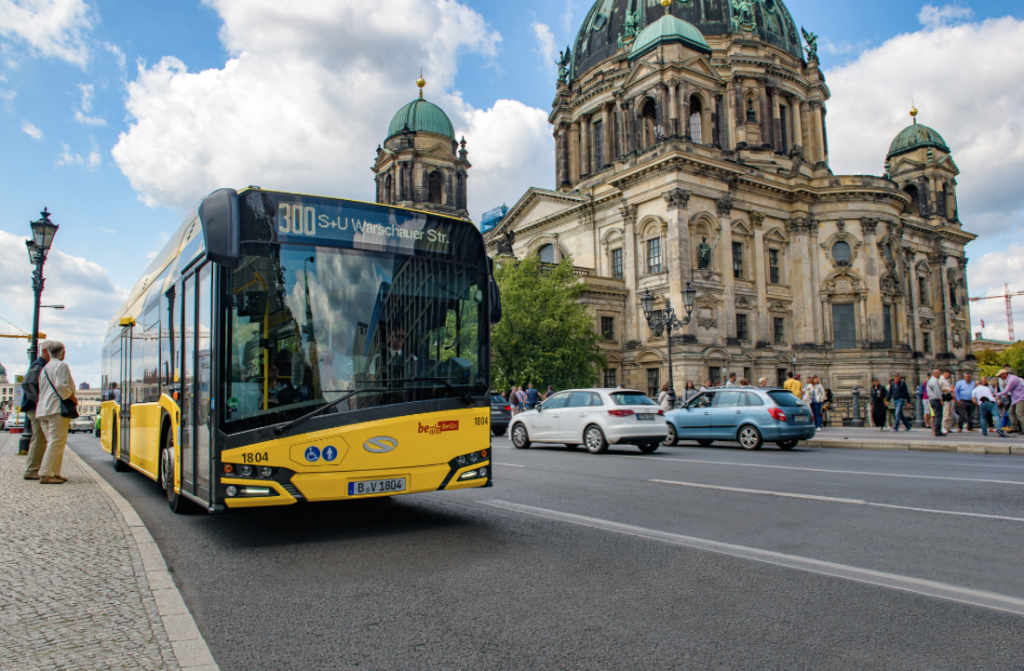