Solaris Bus & Coach has signed a contract with public transport operator Freiburger Verkehrs AG for the supply of 15 electric buses: five Solaris Urbino 12 electric and ten articulated Urbino 18 electric. This is yet another order for battery vehicles secured by the Polish firm on the German market in the past months, following a recent 29 units order from Offenbach. Solaris is also well established in Berlin, where 107 zero emission buses are currently on delivery.

In July Solaris has delivered two Urbino 12 electric buses to the German city of Würzburg. And, besides battery-electric buses, the Polish producer has also secured a 25 hydrogen bus order from Cologne and Wuppertal.

The Polish company says it has supplied to or contracted over 230 electric buses to its German clients so far. 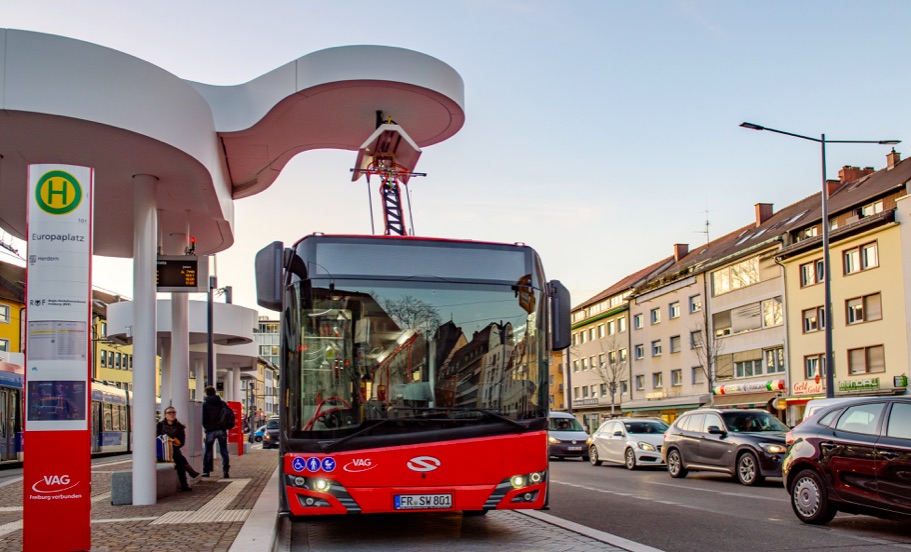 Located in south-western Germany, and with a population of over 230,000, the city of Freiburg has ordered five 12-metre Solaris Urbino 12 electric and ten 18-metre articulated Solaris Urbino 18 electric buses.

The commissioned Urbino will be equipped with Solaris High Power batteries. Batteries with a total nominal capacity of 180 kWh will be installed in the articulated vehicles, whereas in the shorter buses energy will be stored in batteries with a total nominal capacity of over 150 kWh. In both Urbino models, the recharging can be performed in fast mode thanks to the pantograph positioned on the roof of each vehicle. It will be also possible to recharge the batteries using a conventional plug-in system.

34 people can be seated on board of the Urbino 12 electric bus at a time. The Urbino 18 electric, on the other hand, will have 46 seats available to passengers. 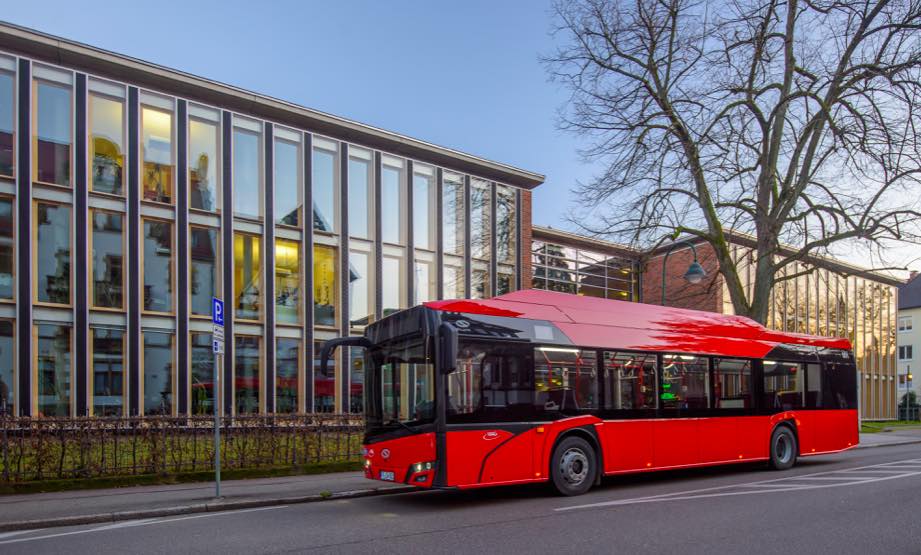 All buses commissioned by Freiburg will have USB ports installed both in the driver’s cabin and also in the passenger compartment; these ports will enable the recharging of mobile devises while on deck. A video surveillance system as well as a modern passenger information system installed aboard each bus will improve passengers’ comfort and safety. What is more, drivers will benefit from a series of solutions supporting their work and improving the road safety. E. g. in lieu of conventional side mirrors, the bus will feature cameras and adequately positioned screens that will ensure not only better visibility in bright sunlight but also in rain and at night.

“I am extremely honoured that Freiburg has decided once again in favour of our electric vehicle range. It is wonderful to observe the dynamic development of an electric transportation network in Germany and in Europe, and to be part of that transformation at the same time. Solaris wants to actively support the transition of transport towards a more resident and environmentally friendly mode,” noted Petros Spinaris, Deputy CEO of Solaris.