Volvo marks one of the first deliveries of articulated e-buses in Germany (in the city where Daimler is headquartered, moreover). While the local producers Mercedes and MAN are going to launch their 18-meter battery-electric buses between the end of 2020 and mid-2021 respectively, the Swedish manufacturer recently handed over a brand new Volvo 7900 EA to Stuttgarter Straßenbahnen AG (SSB). The vehicle was unveiled at Busworld 2019 in Brussels. 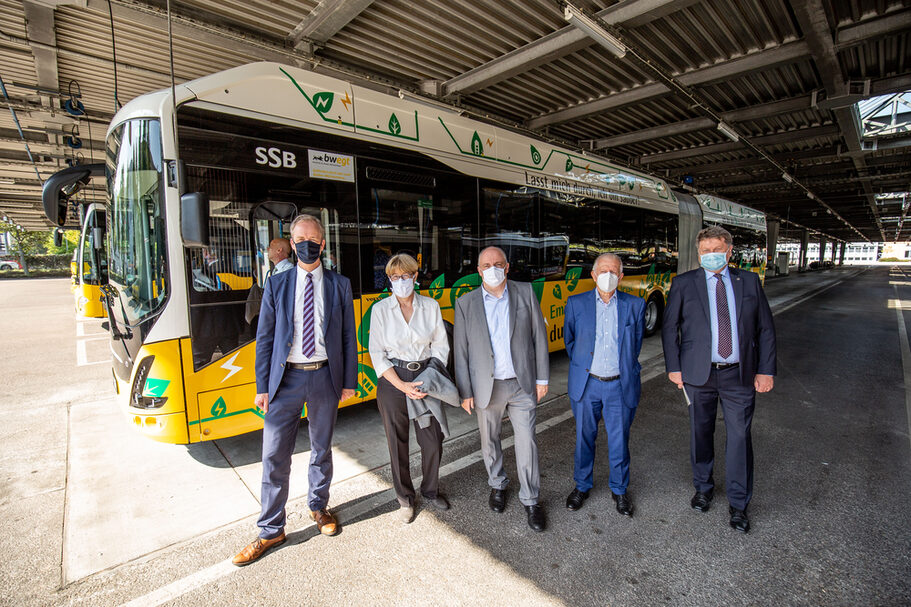 The first articulated e-buses in Germany

The electric bus Volvo 7900 EA can carry up to 150 passengers at the same time. It is used on the express bus line X1, which connects Bad Cannstatt with the city centre.

Three double doors, each 1.35 metres wide, with electric door drive and starting lock, ensure rapid and smooth passenger flow when boarding and leaving the bus at the bus stop. Thanks to the kneeling function, the entire right-hand side can be lowered when the doors are closed and opened.

Commenting on the commissioning, Lord Mayor Fritz Kuhn, who is also Chairman of the Supervisory Board of SSB, said: “I am pleased that not only the municipal fleet, but also the vehicles of SSB are increasingly relying on alternative drive systems, such as the zero-emission Volvo articulated bus on the X1 line. It is good when local transport companies open up to low-emission and advanced technologies. There are many non-articulated electric buses, but we need large articulated buses in Stuttgart because of the high passenger volume. And we are now the first in the field of electric articulated buses”.

Thomas Moser, Technical Director of SSB, added: “The topographical and climatic conditions of the valley basin unfortunately have an unfavourable effect on the range of the vehicles. This is a particular challenge. At the same time, we mainly use articulated buses, which again have special requirements”.