Among many pilots, underway and announced, Volvo Buses has unveiled the very first full size autonomous electric bus. The “full size” makes the difference: short driverless shuttle buses are not new (we could mention, for instance, Navya and Easy Mile), but the 12 meter is a real premiere.

The vehicles is the outcome of the cooperation between Volvo and Nanyang Technological University (NTU) in Singapore. The first demonstration took place indeed in Singapore. The Volvo bus will soon begin trials on the NTU campus. 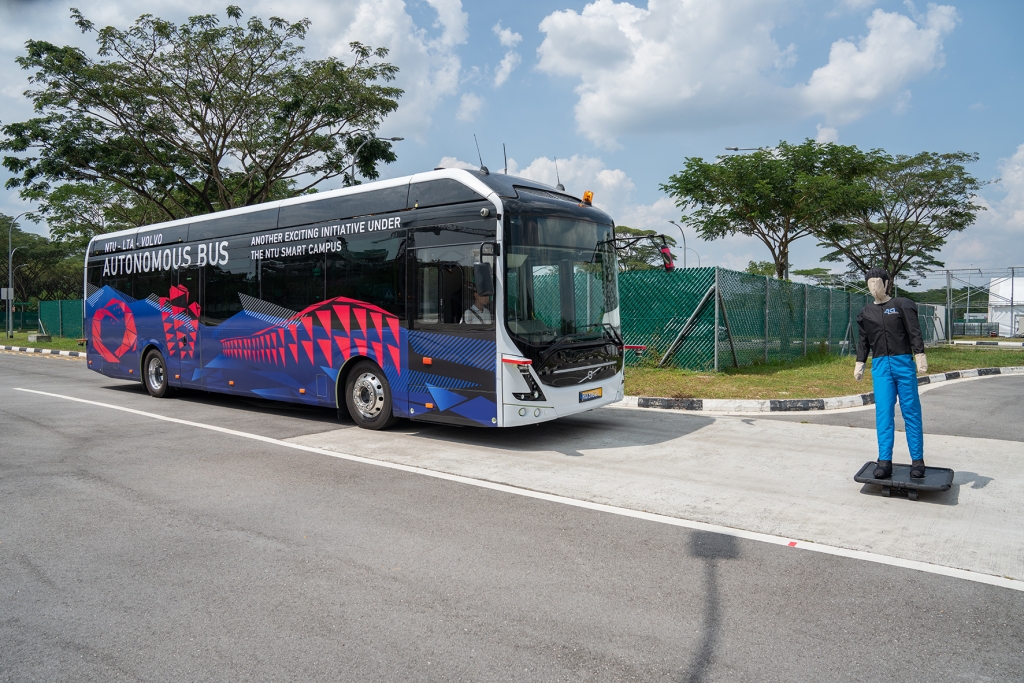 The electric bus Volvo 7900 Electric bus has been equipped with sensors and navigation controls that are managed by a comprehensive artificial intelligence (AI) system, Volvo points out in a press release. The AI system is also protected with cyber security measures to prevent unwanted intrusions. Volvo Buses showed the first autonomous bus concept to a selected public in Sweden last June, during the Volvo Ocean Race competition in Gothenburg (Sweden).

The AI system includes light detection and ranging sensors (LIDARS), 360-degree cameras and an advanced global navigation satellite system that uses real-time kinematics. This is like any global positioning system (GPS), but uses multiple data sources to give pin-point location accuracy up to one centimetre. The system is hooked-up to an “inertial management unit”, measuring the bus’s lateral and angular rate. This will improve the bus’s navigation when going over uneven terrain, ensuring a smooth ride. The Volvo bus has undergone preliminary rounds of rigorous testing at the Centre of Excellence for Testing and Research of Autonomous vehicles (CETRAN). At the beginning of the project, in early 2018, Singapore announced that driverless buses will be in service in the country by 2022.

As part of the public trials, Singapore’s public transport operator SMRT will play a key role in determining the roadworthiness of autonomous vehicles on public roads. While plans are in place to test the first bus on the NTU campus, a second autonomous 12-metre Volvo 7900 Electric bus will undergo tests at a bus depot managed by SMRT. It will provide a real-world environment to assess the vehicle’s ability to autonomously navigate into vehicle washing bays and park safely at charging areas. 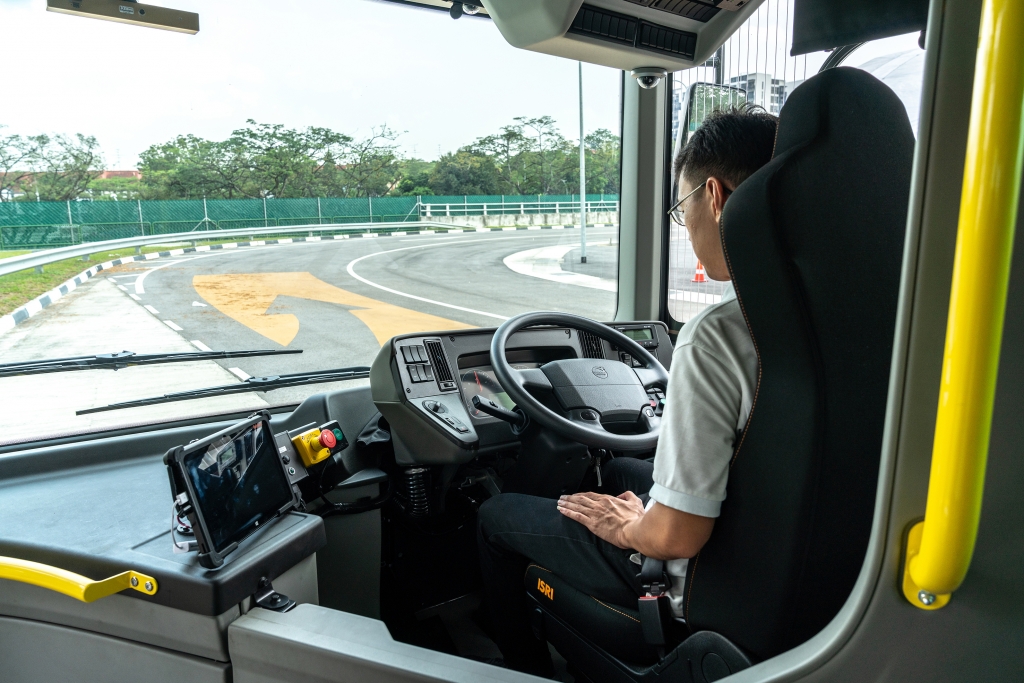 A partnership between Volvo Buses, NTU and LTA

Plans are in place to test the bus on NTU campus and to extend the route beyond the university. Håkan Agnevall, President Volvo Buses, said, “Our electric bus featuring autonomous technology represents an important step towards our vision for a cleaner, safer and smarter city.  The journey towards full autonomy is undoubtedly complex, and our partnership with the NTU and LTA (Singapore Land Transport Authority) is critical in realizing this vision, as is our commitment to applying a safety first approach.” NTU President Professor Subra Suresh said, “This fully autonomous electric bus will play a role in shaping the future of public transportation that is safe, efficient, reliable and comfortable for all commuters. It will soon be tested on the NTU Smart Campus, which has been home to a number of innovations as a living testbed for technologies that impact the human condition and the quality of life”. Lam Wee Shann, Chief Innovation and Technology Officer, Land Transport Authority, said, “The launch of the autonomous bus is in line with Singapore’s vision of deploying autonomous vehicles to improve accessibility and connectivity for commuters. We will continue to work closely with NTU to facilitate the safe and robust testing of the autonomous vehicles.”

ABB will develop a smart fast-charging solution. Based on the OppCharge concept, ABB’s HVC 300P fast charge system is ideally suited for autonomous charging in bus depots as well as in running traffic. Offering a charge power of 300kW via a pantograph mounted on the infrastructure, the fast chargers will recharge a battery in just three to six minutes. This will enable charging during the layover times at the end of the bus route, without impacting normal operations.

Tarak Mehta, President of Electrification Products division, said: “ABB is committed to pioneering technological innovations for a sustainable future. We are extremely excited to collaborate on such a landmark project which marks a positive step toward the electrification of public transport across the region and beyond.”

A few weeks ago Scania announced that it is going to start a pilot, together with public transport operator Nobina, with autonomous buses on regular routes in the Stockholm area. Two Citywide LF electric will be involved in the project, whose kickoff is planned in 2020. In this same year 2020, another project on autonomous buses is expected to start in Scotland, as announced by partners Alexander Dennis and Stagecoach (but it’ll involve diesel buses). 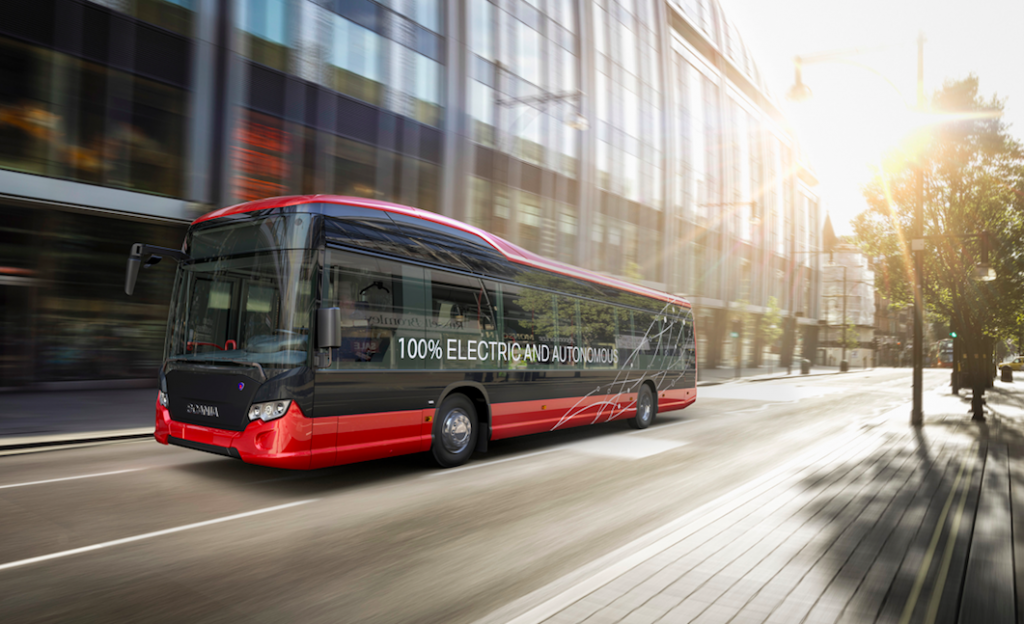