Grupo Ruiz gets a financing from the European Investment Bank (EIB) targeted at the modernization of bus fleet. 27.5 million euros will be invested in 173 low-emission vehicles, 32 of them being electric. Therefore, advantages in terms of quality and environmental impact will fall on the public transport systems of the Spanish cities Madrid, Majorca, Badajoz, Toledo, Salamanca and Murcia. The project is supported by the Investment Plan for Europe.

Loan projects managed by EIB have already been launched in Rotterdam and Barcelona, where the European bank is helping RET and TMB to buy 200 and 250 clean buses respectively. 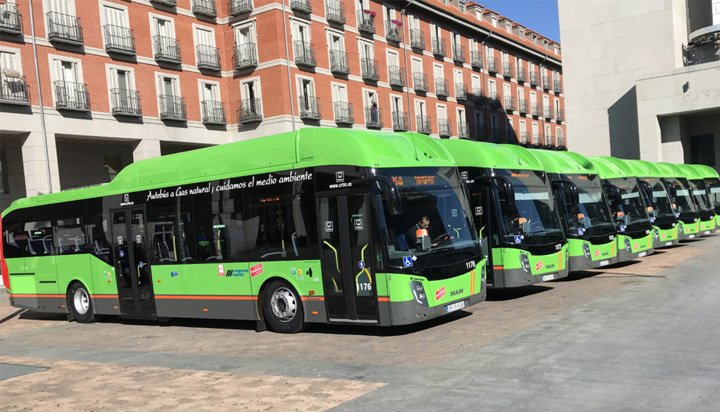 EIB to support the renew of Grupo Ruiz bus fleet

The new vehicles will provide public transport services in Madrid, Majorca, Badajoz, Toledo, Salamanca and Murcia, covering both urban and intercity lines. They will enter service over the next two years and will help to improve air quality in these cities. Grupo Ruiz’s EIB-financed investments include the construction of three new electric charging stations in Badajoz, Alcudia and Palma de Mallorca.

Since 2016, the EU bank and the European Commission have been implementing a joint initiative dedicated to financing cleaner transport (the Cleaner Transport Facility). It has been helping many Spanish cities to swap their older, more polluting diesel vehicles for new hybrid, electric or latest generation compressed natural gas replacements. The agreement signed yesterday is the fifth to be financed by the EIB in Spain under this initiative, for which it has provided almost €230m.

The project is being supported by the Investment Plan for Europe, whose guarantee makes it possible for the EIB to provide financing on favourable terms to support investments whose structure or nature means that they contribute to boosting economic growth and employment. In this case, the EIB-financed investments will facilitate the creation of 360 jobs during the project’s implementation phase.

European Commissioner for the Economy, Paolo Gentiloni, said: “Making the European transport sector more sustainable is a key component of the European Green Deal. By supporting Grupo Ruiz’s efforts to cut its bus fleet’s emissions, the Investment Plan for Europe continues to show its environmental credentials. I hope we will see an increasing number of companies replacing their polluting vehicles for cleaner alternatives in the near future, taking advantage of EU financial support.”

During the signing ceremony in Madrid, EIB Vice-President Emma Navarro, who is responsible for the Bank’s climate action and operations in Spain, said: “Supporting sustainable public transport that cuts polluting emissions is among the EIB’s key priorities. As the EU climate bank, we are determined to dedicate more resources to supporting investments promoting climate action while also generating economic growth and jobs. This project is a good example of this, and also shows the positive impact of EIB financing on people’s lives, helping to improve air quality in our cities.”

Grupo Ruiz CEO Gregorio Ruiz said the following at the signing ceremony: “We are very aware of our responsibility in one of the big challenges of this century: working together to protect the environment. Mobility sector players have a key role in this, which is why we are committed to continuing to promote far more sustainable transport; a journey that we already began over 25 years ago with our first natural gas-powered buses. The agreement between the EIB and Grupo Ruiz shows how important it is to join forces to achieve this goal.”