Carbon-free vehicles only. In 2039 Daimler Trucks & Buses will be selling only battery-electric and hydrogen powered buses and trucks, at least in the main markets of Europe, North America and Japan. In the same regions, battery-electric commercial vehicles will be in serial production by 2022. In the same year, thus three year from now, all European plants will be CO2-neutral, according to the group’s plans. Hydrogen vehicles will follow at the end of 2020s.

This strategy on carbon-free vehicles has been outlined today by Martin Daum, Member of the Board of Management of Daimler AG, responsible for Trucks & Buses, in his keynote address at the International Supply Chain Conference in Berlin. 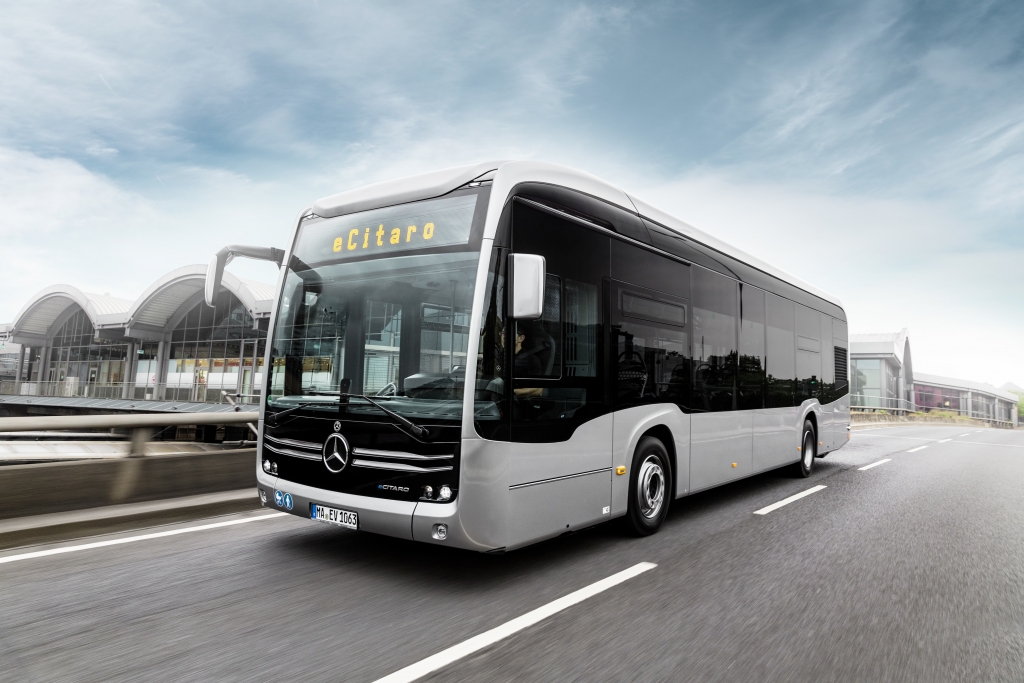 Daimler Trucks & Buses aims to offer only new vehicles that are carbon-free in driving operation (“tank-to-wheel”) in the triad markets of Europe, Japan and NAFTA (US, Canada and Mexico) by 2039.

In addition, all European Daimler Trucks & Buses plants will be CO2-neutral by the year 2022. All other plants will follow.

Today the carbon-free, battery-electric bus Mercedes eCitaro is already operating in cities such as Berlin, Hamburg (both Germany), Oslo/Norway and Ystad/Sweden. eCitaro vehicles were also delivered to Luxembourg and Switzerland. The eCitaro just received the Sustainable Bus Award 2020 for city buses at Busworld and is being continuously advanced for use in regular service.

As of 2021, the eCitaro will come to the market with the next-generation NMC battery (by Akasol) and in the second half of 2020 with solid-state batteries (lithium-polymer batteries) supplied by Blue Solutions. As of 2022 the battery bus will come with a fuel cell range extender (hydrogen-based fuel cell provides the high-voltage battery with power). Future battery technologies will lead to increasing service coverage in regular operation – with the fuel cell as a range extender nearly all routes can be served.

Since the electrification of bus fleets is associated with major changes at public transport providers, Daimler Buses joins with its customers to provide an understanding of the overall e-mobility system through holistic consulting.

Daimler has been working on drive technologies based on hydrogen for more than 30 years, says the group in a press release. To date the company’s fuel cell vehicles have traveled many millions of kilometers, demonstrating the marketability of this drive concept. Still, there are very specific challenges in the commercial vehicle sector, such as service life and payload availability. Battery-electric and hydrogen-drive technologies offer different benefits depending on the purpose and therefore complement each other. The decisive criterion for truck and bus customers is the total cost of ownership.

With the “Vision F-Cell” Daimler Trucks & Buses is further strengthening its activity in the hydrogen field. The FUSO brand is using this prototype (in the image below) to test the possibilities of fuel-cell technology for various commercial vehicles. The 7.5-tonner has a drive with a maximum output of 135 kW. The range is up to 300 kilometers. The “Vision F-Cell” electric powertrain architecture is basically comparable to that of a battery-powered truck – apart from significantly reduced battery power and additional hydrogen tanks. 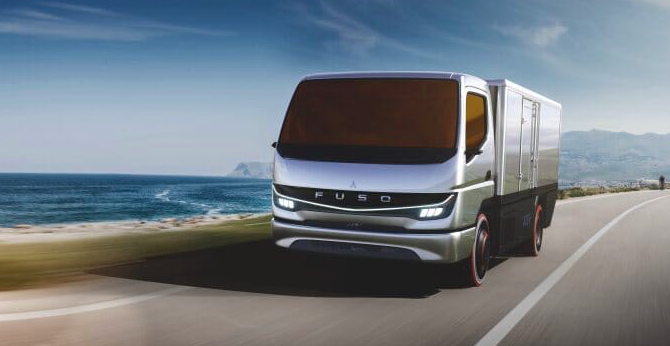 European Daimler plant to be carbon-free in 2022

In addition, Daimler Trucks & Buses is setting the course for “green” production in Germany and Europe: it is planned that all German and European plants will be supplied by CO2-neutral energy by 2022. All other plants will follow. In concrete terms, this means existing truck and bus plants will only receive their electrical energy from renewable sources.

Martin Daum said, with regards to carbon-free vehicles future production at Daimler: “We are clearly committed to the goals of the Paris Climate Protection Agreement and thus to the decarbonization of our industry. Having CO2-neutral transport on the road by 2050 is our ultimate goal. This can only be achieved if competitive conditions for CO2-neutral transport are created for our customers in terms of costs and infrastructure. As it takes about ten years to completely renew a fleet until 2050, our ambition is to offer ‘tank-to-wheel’ locally CO2-neutral new vehicles in the triad by the year 2039″. 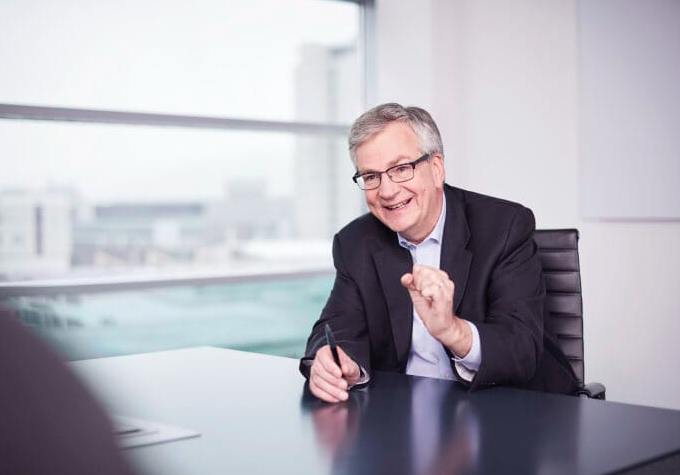 Battery-electric and hydrogen drives are the keys

“Truly CO2-neutral transport only works with battery-electric or hydrogen-based drive – still Daum speaking -. We were the first manufacturer to seriously commit to electromobility in heavy trucks and, today, are pioneers and in all segments with electric vehicles in customer use. With our holistic approach to e-mobility in the bus sector, which consists of an electric city bus and consulting, we are already making a significant contribution to the locally emission-free public transport of the future and air pollution control in urban areas.”

“Locally CO2-neutral trucks and buses won’t sell themselves, because even in 2040, despite all efforts by manufacturers, the acquisition and total cost of ownership of trucks and buses with electric drives will be still higher than for diesel vehicles. We therefore need government incentives to make locally CO2-neutral trucks and buses competitive. Particularly necessary: converting and staggering tolls Europe-wide based on CO2 values whereby CO2-neutral vehicles would get significant relief, a targeted subsidy program for buses and for a nationwide charging and hydrogen infrastructure as well as uniform standards for the transport and refueling of hydrogen,” continued Daum.