Transdev has signed an €874 million electric bus contract with TransMilenio S.A. (Colombia), Bogotá City’s Public Transport Authority, for the 15-year operation and maintenance of 406 electric buses in the capital Bogotá, starting at the end of November 2021.

Still in Bogota, Enel X has been awarded the building of two new electroterminals, and BYD won another tender for 1,002 e-buses. 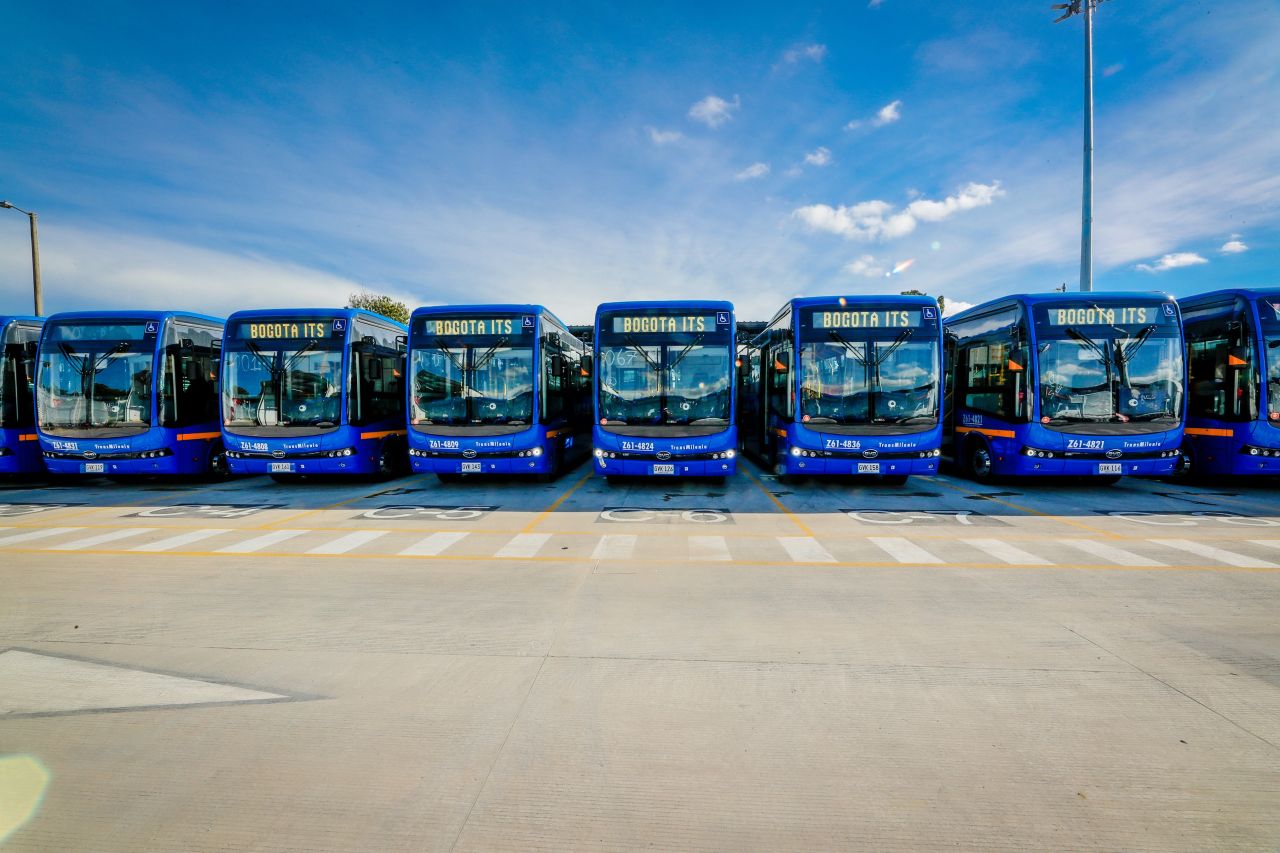 The massive electric bus fleet will be composed of a mix of respectively 9-meter (272) and 12-meter (134) buses. These new e-buses will replace a fleet of 20-year-old traditional public transport diesel buses. The fleet will serve as zonal buses along 15 routes bringing passengers from Bogotá’s Fontibon district (over 300,000 inhabitants) into the main TransMilenio BRT system, which Transdev and Fanalca already largely operate. These 15 routes will generate yearly some 24 million kilometers and transport some 36 million passengers.

Transdev in Bogotà, drivers to be trained for e-buses

Furthermore, in Fontibon, Transdev and Fanalca will jointly build South America’s largest electric bus depot over 40,000 m², in order to operate, park, maintain and charge the entire electric bus fleet of this contract. Drivers will also receive specific electric eco-driving training in order to make the best use of battery-life and optimize the operating range of the electric bus fleet.

Together, at the end of 2020, Transdev and Fanalca already operated some 660 “red” buses (articulated and bi-articulated) for the TransMilenio BRT system within the city of Bogotá as well as the 163 cabins of the acclaimed urban cable system TransMiCable, which has now been successfully operating for two years. With this new contract, at the end of 2021, Transdev and Fanalca will be jointly operating 1,067 buses in Bogotá. In 2020, Transdev in Colombia generated total sales of € 95 million and employed a staff of 2,750.

“With this massive electric bus contract in Bogotá, Transdev is delivering on its ambition to transition its bus fleets to zero emission in Colombia and globally. We are proud to continue serving Bogotá where we have been successfully operating large parts of the TransMilenio with our BRT systems. I am convinced that, for large urban areas, there is no way around the mass deployment of sustainable mobility solutions, including biofuels, battery-electric and ultimately hydrogen and fuel-cell electric fleets”, says Thierry Mallet, Chairman and CEO of Transdev Group.

Within the frame of the future metro Line 6 (The Orange Line) in São Paulo (Brazil), Transdev do Brasil has signed an eight-year technical assistance contract with the Acciona-led consortium Concesionária Linha Universidade. This contract includes the design, preparation for commercial service and the first three years of commercial operation. The new São Paulo Line 6 will be a fully automatic metro line (GoA4) along a 15.3 km underground line serving 15 stations between the area of Brâsilandia in the northwest to the São Paulo city center, with an estimated ridership of some 650,000 passengers per day. The Orange Line is currently the largest public-private partnership infrastructure project under development in Latin America.