VHH and MAN are working together to test how used batteries behave after initial use in vehicles and as a stationary energy storage system, under real-world operating conditions.

To this end, in the Bergedorf quarter of Hamburg, a container with a total capacity of 500 kWh has been connected to the depot charging network at VHH depot, that will power the electric buses to be included in VHH’s fleet (16 Mercedes eCitaro and 17 MAN Lion’s City E have been ordered to date). The Volkswagen group is part of the pilot as well: the batteries were previously mounted on Volkswagen Passat GTE plug-in hybrid cars. The public transport company has just taken delivery of the first MAN Lion’s City E electric bus.

With regards to the second life of batteries from electric buses, Volvo Buses has undertaken a couple of projects in Gothenburg. And Irizar went into a partnership with Ibil in order to equip car charging stations with used batteries. 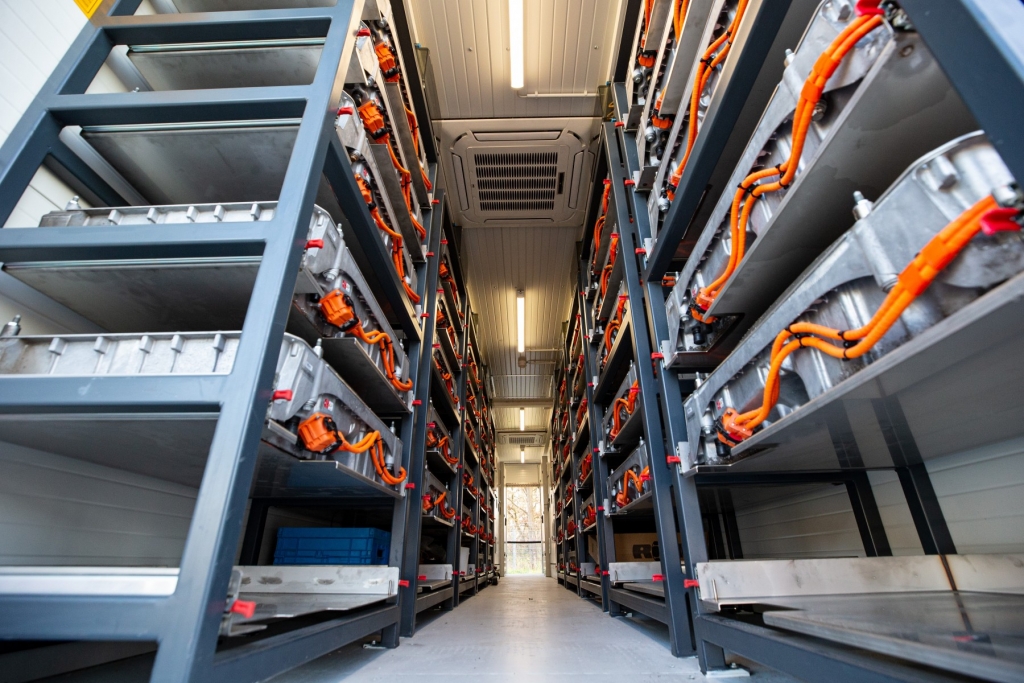 The question of how used batteries from electric vehicles can be used after their first life in the vehicle is now being explored in Hamburg by three companies. The joint project from MAN Truck & Bus, Verkehrsbetriebe Hamburg-Holstein (VHH) and the Volkswagen Group is being carried out in the Bergedorf quarter of Hamburg, at the VHH bus depot.

A white container containing 50 batteries – which were previously installed in VW Passat GTE vehicles (a plug-in hybrid car) – is located in the depot. Each battery has a nominal capacity of 9.9 kWh, meaning that the container has a total capacity of exactly 495 kWh. The batteries are mounted on racks and then interconnected via battery management to form a large battery. One objective of the project is to develop a flexible battery storage concept which allows for the replacement of batteries. 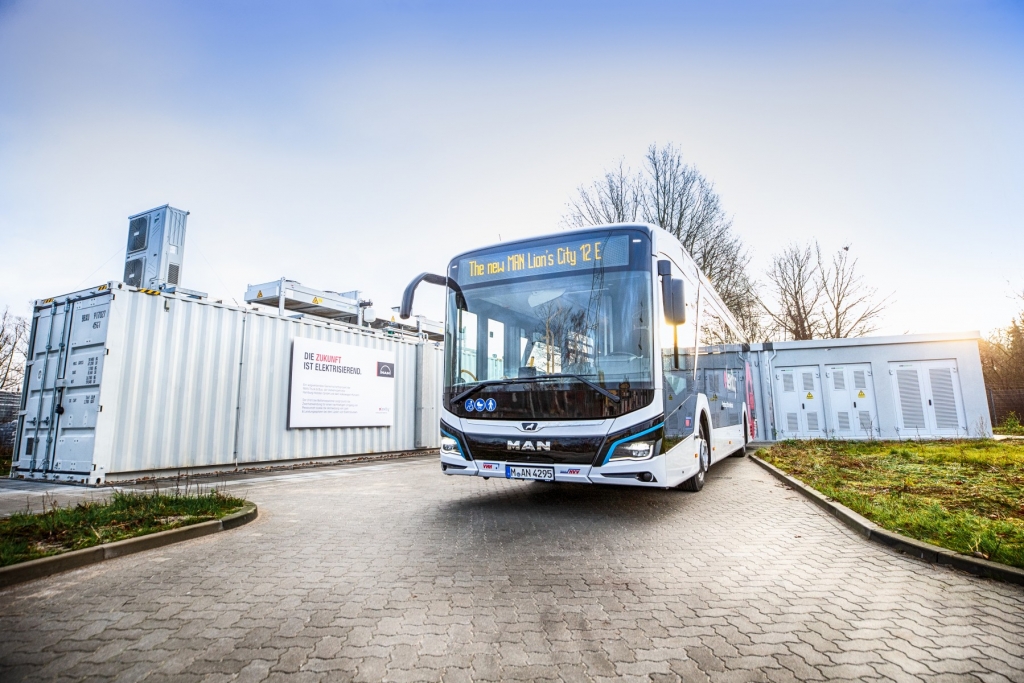 Different scenarios are tested using the large storage system, in order to optimise power consumption at the VHH depot. This includes improved utilisation of the network and cushioning of peak loads when charging electric buses (peak shaving).

Alexander Adler, responsible for the second use energy storage system project at MAN Truck & Bus confirms this: “With the peak shaving method, the storage system can reduce up to 600 kW of peak load, and thereby lower the costs when using electricity.” Additionally, the project partners anticipate new findings on the ageing behaviour of the batteries, on efficient battery management and on the life cycles of future battery technologies.

A MoU between VHH and MAN

The energy storage system made of used batteries is the product of a memorandum of understanding (MoU) which Verkehrsbetriebe Hamburg-Holstein and MAN Truck & Bus signed in March 2018. 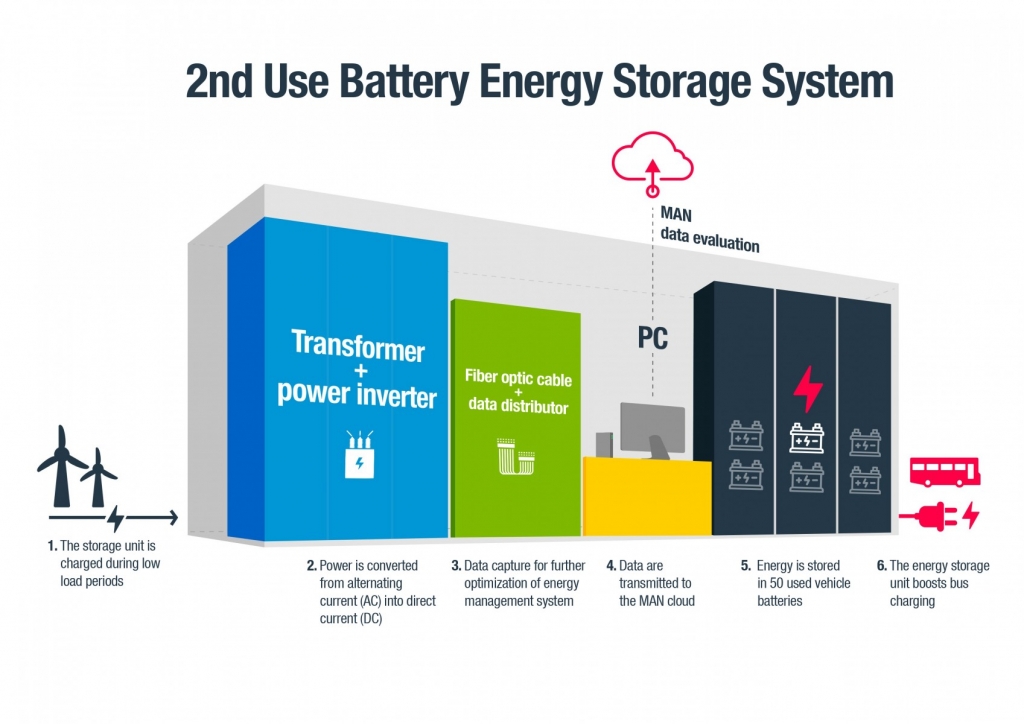 Stefan Sahlmann, Head of MAN Transport Solutions says: “Battery second use is an extremely important topic in view of the ever-growing electrification of mobility as a whole. In the Bergedorf quarter of Hamburg, we want to investigate how used batteries behave together with our project partner – so that we are able to develop future applications based on that. The project with VHH and Volkswagen is part of our strategy to make transportation of the future sustainable.”

A project supported by German government

“Our customers expect that we as companies implement modern, sustainable technologies, such as electric buses, and also that we test it thoroughly,” states Toralf Müller, Managing Director of VHH. “We are very grateful that the German Federal Ministry of Transport and Digital Infrastructure (BMVI) also supports this project – it again emphasises the public interest in examining all aspects of e-mobility, from the perspective of responsible sustainability.”