Volvo Buses enters the autonomous era with its first driverless bus concept. Starting on June 15 and throughout the Volvo Ocean Race competition in Gothenburg (Sweden), the autonomous bus by Volvo will be shown to specially invited guests.

The race has also been the occasion for Volvo Buses to unveil the electric articulated bus. The prototype is based on Volvo’s commercially produced electric city bus, which has been modified for autonomous operation. 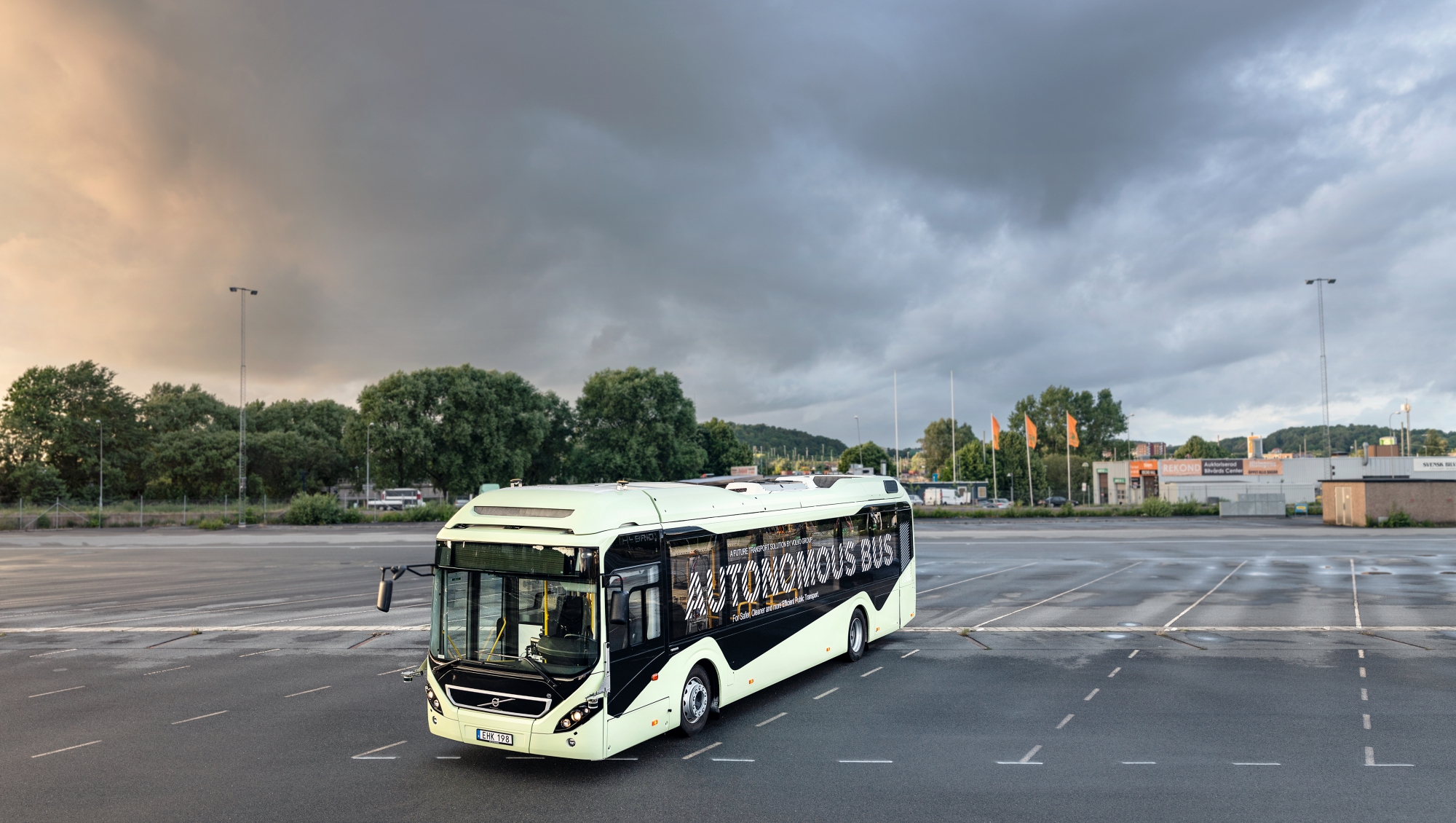 The autonomous bus in the future smart depot

The technology of autonomous bus can contribute to safer and more comfortable travel as well as more efficient handling of vehicles in the depot. Indeed, the “smart depot” where buses move in driveless mode is one of the first kind of application of autonomous bus that could become reality. The autonomous bus by Volvo, 12 meters long, is designed to give its passengers a safe and comfortable ride. As states a press release from Volvo Buses, it is programmed to accelerate and brake gently and smoothly when starting off and stopping. At bus stops, the bus always halts in exactly the same position, with the same gap between the bus and the platform for convenient entry and exit.
Volvo Buses had already launched a joint autonomous electric bus project with the leading Nanyang Technological University (NTU) in Singapore for developing and trialling autonomous buses in Singapore. Furthermore, Volvo Group has previously demonstrated autonomous vehicles for mining and refuse operations.

Autonomous bus, efficiency is the outcome

The bus is equipped with sensors that maintain a constant watch around the vehicle. Information from the sensors is used to navigate the vehicle, and also in the future to prevent incidents and accidents by identifying objects approaching the bus, adjusting its speed accordingly or stopping the bus. The autonomous bus is designed for gentle driving so that its operation is as energy-efficient, environmentally friendly and economical as possible. 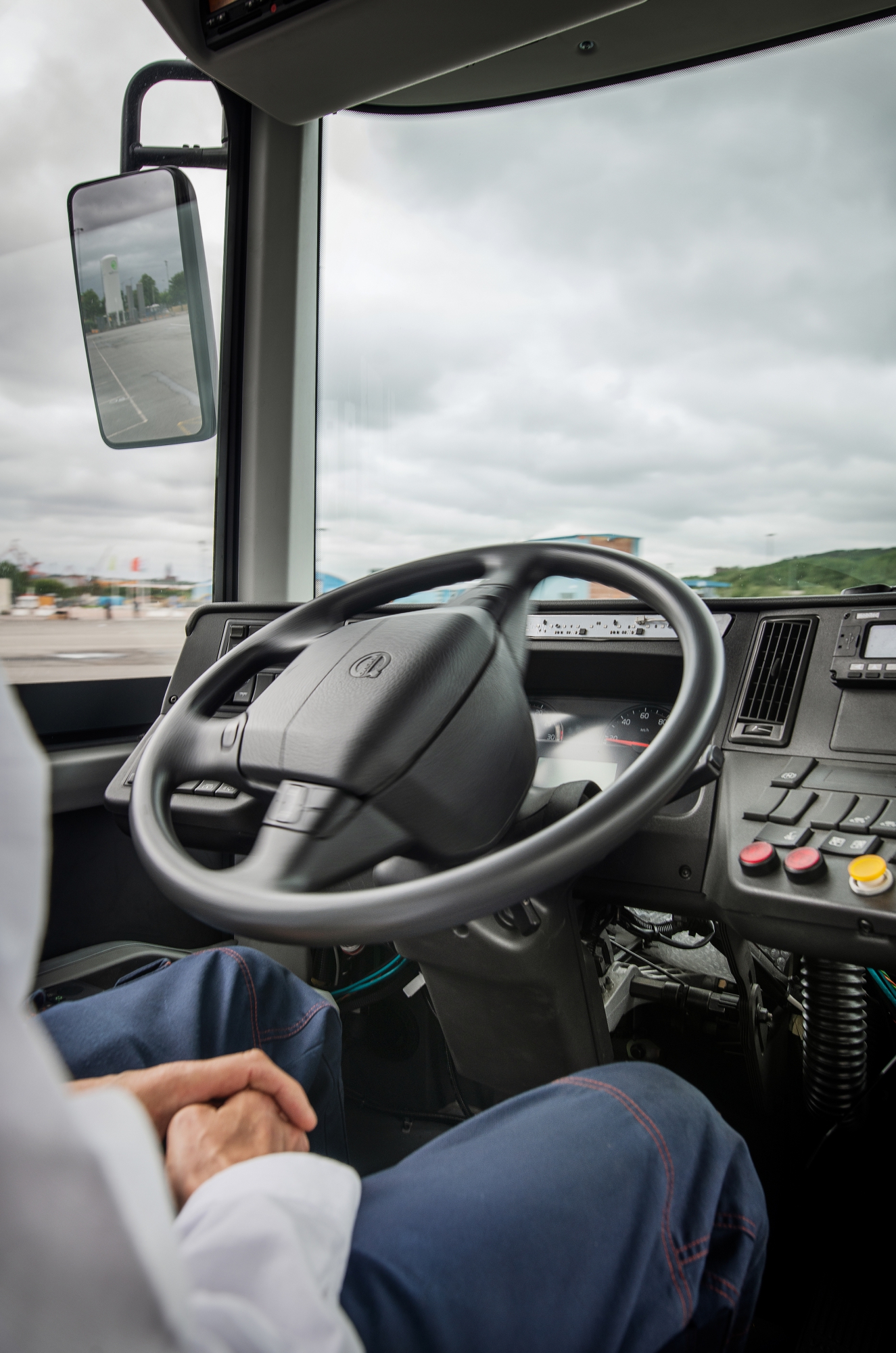 On the road for sustainable and attractive public transport systems

“With low noise level and emission-free operation, electric bus systems provide an excellent alternative for attractive and sustainable public transport. With various degrees of automation, we can make even further progress regarding safety, comfort and efficiency.  Leveraging Volvo Group technologies, we will demonstrate these opportunities for the future during the Volvo Ocean Race,” says Håkan Agnevall, President Volvo Buses (here and below the interview to Sustainable Bus). “The technology also permits more efficient vehicle handling when the bus is not in traffic operation. With autonomous buses depot staff can focus on service and maintenance instead of having to charge the batteries, drive to the bus wash and park the bus. Tomorrow’s buses will be able to do all this on their own,” relates Håkan Agnevall.

And the bus platooning?

The autonomous bus will also be used for research into bus platooning, where buses drive in close convoy in urban traffic. “Volvo has been a pioneer within high capacity transport systems based on buses, so called Bus Rapid Transit (BRT). Now we take the next step by using automation to wirelessly connect the buses to bus trains with high flexibility”, says Håkan Agnevall, that adds: “Electric bus systems provide an attractive alternative to rail bound solutions in the cities’ future public transport”. Over the next two years the bus will be used in two automotive research projects – FFI’s Autonomous City Buses project and KRABAT. FFI is the Strategic Vehicle Research and Innovation Programme, a cooperative venture between the automotive industry and the Swedish state. KRABAT is part of the Swedish government’s joint programme entitled “Next-generation travel and transport”, financed partly by Vinnova through Drive Sweden.