Volvo S-Charge. The Swedish manufacturer is launching a brand new family of full hybrid hybrid buses. The previous range has been upgraded with new capabilities and can now drive silently and emission-free up to 50 km/h and cover longer distances than before (up to 1 km at a time), the group points out. Last year, a fleet of Volvo hybrid buses was delivered in Zaragoza (Spain).

With this add, Volvo Buses aims to provide the market a vehicle that can be used, in place of a purely electric one, in city zero-emission zones and other sensitive areas. 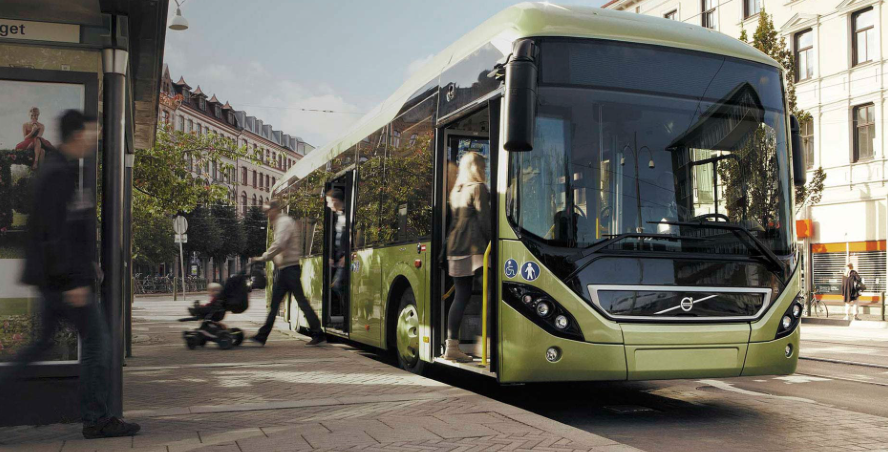 For the new Volvo S-Charge model range, electric propulsion can be used at speeds of up to 50 km/h compared to the previous 20 km/h. Depending on climate and topography, the Volvo S-Charge can run on electricity for up to 1 km at a time.

The batteries, whose capacity is not specified, are charged via the energy that is generated through brake energy recapturing.

The upgrade also includes improved connectivity and Volvo’s system for geo-fencing, Volvo Zone Management, which makes it possible for the operator to program the bus so it automatically switches to electric propulsion within selected areas and has its speed regulated without driver intervention. It is also possible to define zones for sustained self-charging, to ensure emission-free operation in an upcoming zero-emission zone.

One other advantage is that the S-Charge models can be driven quietly, emission-free and energy-efficiently on electricity even before arriving at the bus stop, while at a standstill for boarding and exiting, and when leaving the bus stop. This makes it possible to not only reduce emissions, but also to create bus stops and zones where the buses run in silent and clean electric mode. 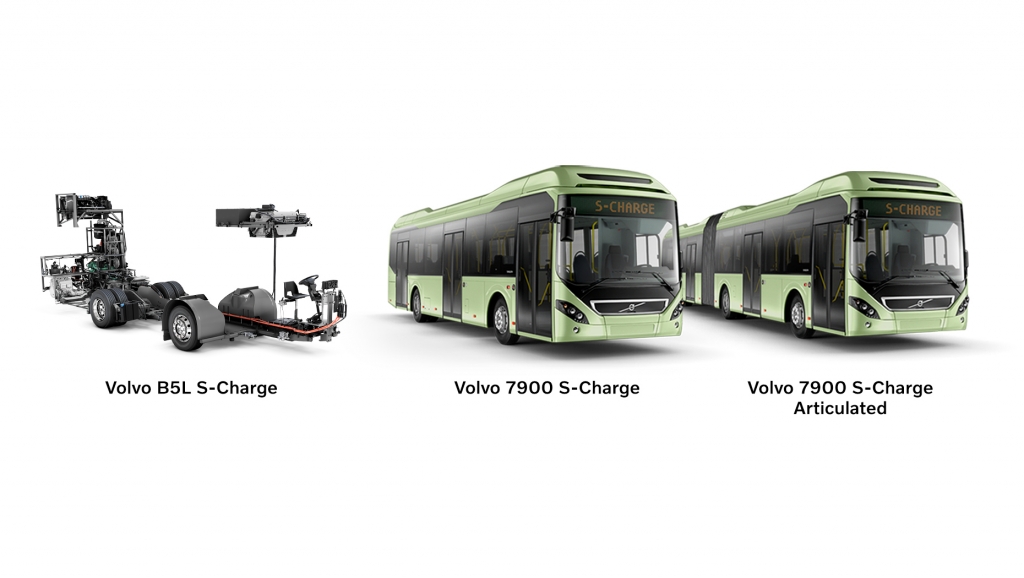 No infrastructure needed for Volvo S-Charge

“We are now expanding our customers’ possibility for harnessing the benefits of electric power while at the same time retaining the impressive flexibility offered by hybrid buses. The new S-Charge model range can be deployed on any route since no charging infrastructure is needed, which enables fast implementation and improved operational efficiency for our customers. The new S-Charge models are among Volvo’s cleanest buses and will reduce the carbon footprint by up to 40% compared to equivalent diesel buses. The S-Charge can also drive on biofuel, reducing CO2-emissions even more. It is probably the most fuel- efficient and reliable self-charging bus on the market”, says Håkan Agnevall, president of Volvo Buses.