Solaris Bus & Coach solidified its position as European leader in trolleybus production. Last step in this successful period is the order of 85 Trollino 12 by the public transport operator of Kaunas city, UAB Kauno Autobusai, in Lithuania. The delivery of the zero-emission vehicles from Bolechowo shall be carried out over a period of 15 months from the signing of the contract, reports Solaris in a press release. 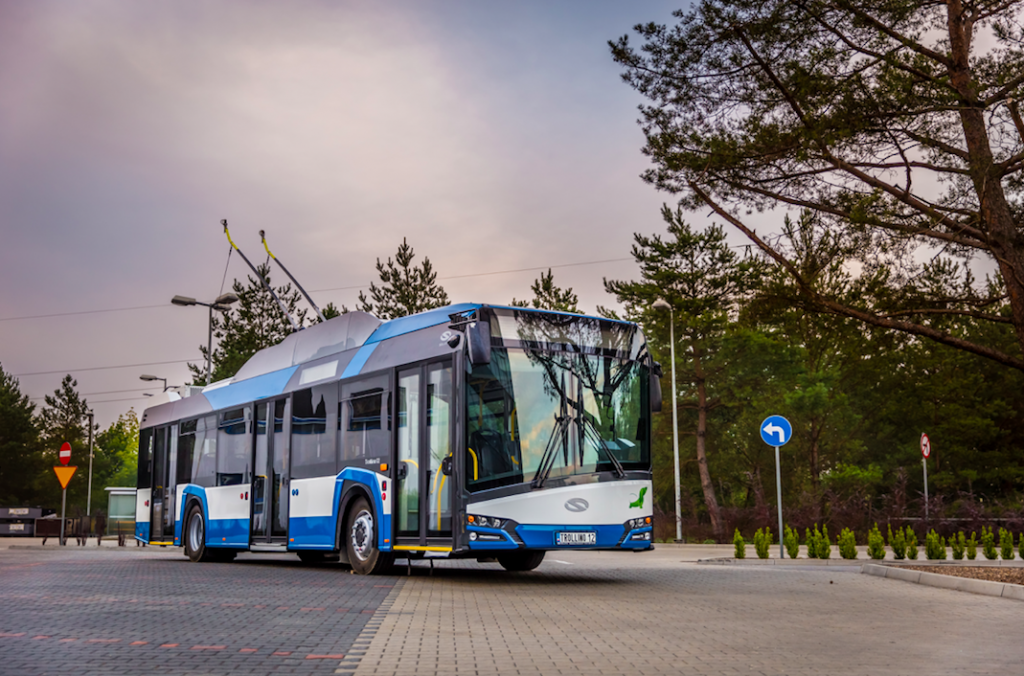 Solaris trolleybuses to Romania and Italia as well

Assuming the supply of 85 Solaris Trollino 12, the order placed by the Lithuanian operator is worth nearly EUR 30 million. With this agreement Solaris has solidified its position as European leader in trolleybus production, thus continuing a series of orders scored over the past months. Apart from landing the trolleybus commission for Kaunas, Solaris has recently signed deals for the delivery of 50 articulated Trollino 18 trolleybuses to Cluj Napoca in Romania (also electric buses will be in operation in the same city) and of another 80 vehicles of the same type to Milan in Italy.

The trolleybuses ordered by UAB Kauno Autobusai will accommodate up to 85 passengers, of whom 27 are seated. The entrance to the trolleybus is facilitated by a 2+2+2 door arrangement and a kneeling function thanks to which the right hand side of the trolleybus is lowered when it arrives at a stop. For even more travel comfort, the vehicle passenger compartment will be air-conditioned. The environmental-friendly trolleybuses are equipped with an asynchronous traction motor with a power of over 150 kW. 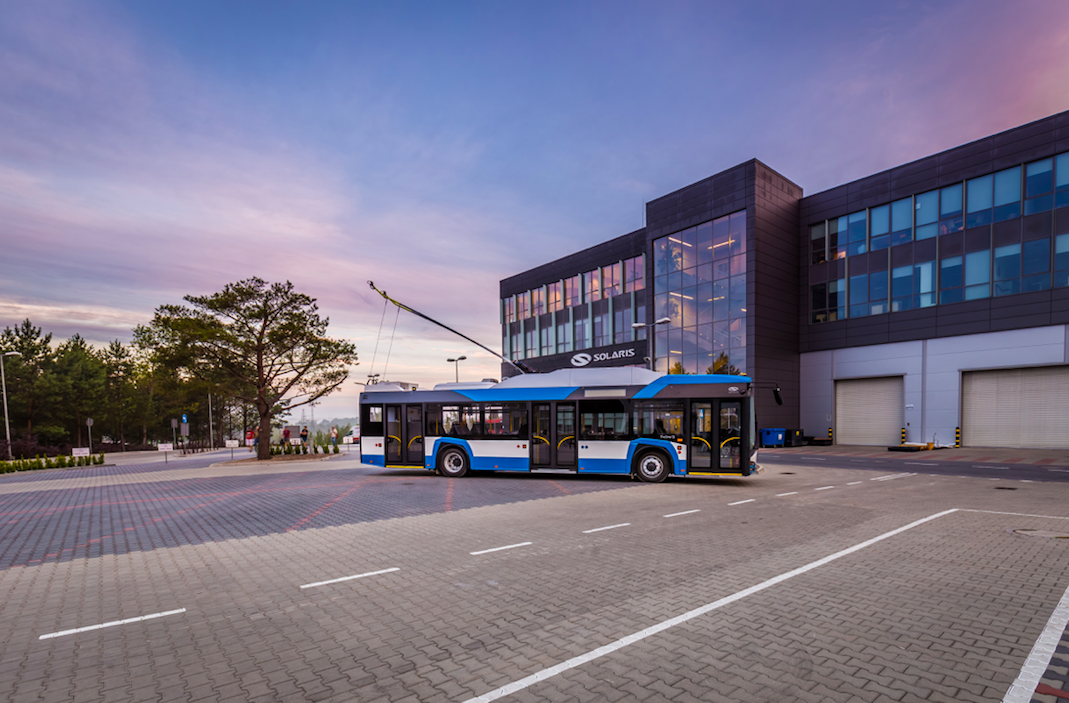 Furthermore, the trolleybuses will be fitted with ecological LED lighting consisting also of lamps illuminating the pantograph and the traction lines. Apart from a comprehensive passenger information system, the bus will encompass a video surveillance system including a recording system that will monitor not only the passenger compartment but also the driver’s cabin. Moreover, the Polish producer (recently taken over by Spanish group CAF, a change followed by the designation of Javier Calleja as new Ceo) will install a series of other amenities for drivers in the ordered vehicles, thus making the drivers’ work easier and safer. These facilitations include a breath alcohol ignition interlock which prevents the driver from starting the engine whenever the device detects an excessive alcohol level in the driver’s breath. The Trollino 12 for Kaunas will also possess an electric power steering (EPS) pump consisting of two pumps – the chief one, installed next to the traction motor, and an auxiliary one. Thanks to this arrangement, even when there is no power coming from the traction line, the power steering system of the vehicle will still be able to operate.

The world of trolleybuses

By implementing the order for UAB Kauno Autobusai, Solaris Bus & Coach S.A., reasserts its position on the European market as leader of trolleybus production, still Solaris reports in its press communication. Another big actor of European trolleybus market is Iveco Bus, that has recently launched its new trolleybus range. Crealis 18m In motion charging has been awarded with Sustainable Bus Award 2019 in Urban field.
With this last order, Solaris also strengthens its solid standing on the Lithuanian market to which it has already delivered over 220 vehicles; it is also about to complete the delivery of another 150 vehicles to the Vilnius-based operator. Nearly 100 Solaris, including 42 trolleybuses, are currently roaming the streets of Kaunas in Lithuania.

The first Tramlink lands in Milan. In fact, the first new generation tram, destined for both urban and extra-urban service, managed by ATM, arrived from the Stadler plant in Valencia. The vehicle, numbered 7201, has been stored in the main workshop in Milan, awaiting line tests to be held in the com...
Krakow is preparing to receive new trams. Poland’s beautiful and ancient city of 780,000 inhabitants has an impressive tram network, which has been in operation since 1882, and today is extended for 85 km with 22 daytime lines and 3 night-time lines, with over 350 stops. The service operates f...
After Berne, Basel, Waldenburg and Lugano, Tramlink will also arrive in Lausanne. On 10 November, Stadler Rail announced that it had signed a contract with the Lausanne network operator TL for the supply of 10 standard-gauge Tramlink trams for the future T1 line, as well as spare parts and equipment...
by Stefano Alfano VBZ, the public transport operator for the city of Zurich, has awarded Swiss manufacturer Hess with an order for 13 articulated battery-powered trolleybuses and 13 Hess lighTram bi-articulated battery-powered trolleybuses. And there are plans for further 140 vehicles. The commissio...
Sign Up Here!