As of 2013, electric minibuses by Rampini were already operating in Vienna. And other cities followed. It happened before battery-electric technology became the target of the industry’s efforts with regards to Class I buses. A commitment to growth and technological innovation has marked the last 18 months of Rampini’s history. The family-owned business with roots in central Italy (headquarters in Passignano del Trasimeno) today produces only zero emission buses and is expanding both its workforce and its portfolio by offering new options in terms of battery capacity.

Rampini produces in Italy two electric bus models, the 6-meter Rampini E60 and the 8-meter Rampini E80. As a consequence of a commercial agreement signed with CaetanoBus, the Italian manufacturers offers also the CaetanoBus e.City Gold (in 10.7 and 12-meter version) as Rampini E100 and E120 on the Italian market. With a crucial difference: battery modules, also on the vehicles coming from Portugal, are made by Rampini itself. 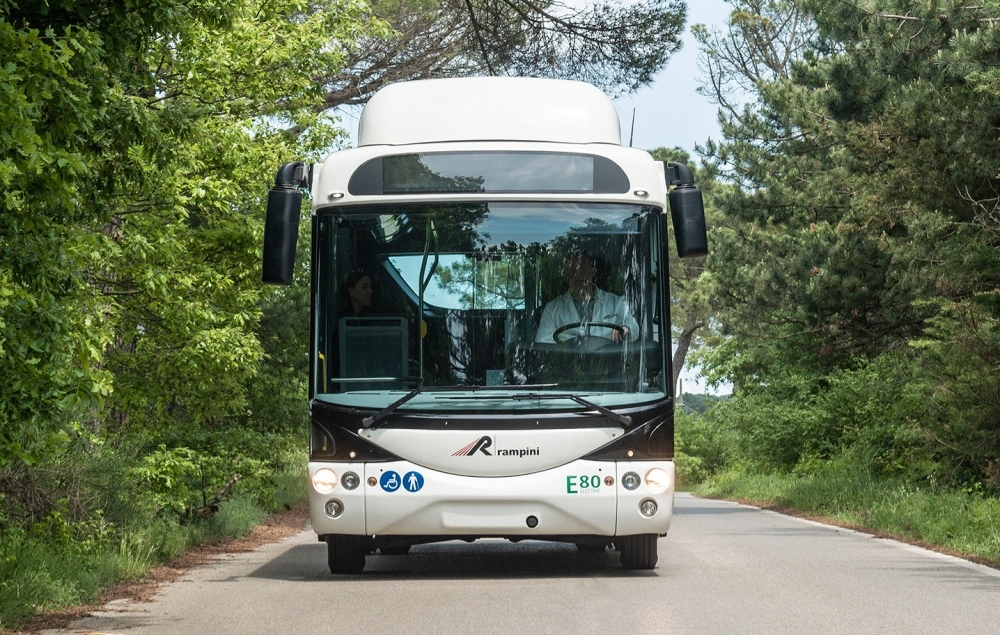 The electric minibus Rampini E60, that was delivered in Niort (France) and Madrid so far (plus an order from Keolis for 13 vehicles with expected delivery by the end of 2020), has a capacity of 35 people (10 seated, 24 standing plus driver).

Upon termination of the agreement with Spanish CarBus, its longtime body-maker, Rampini gave the vehicle an external makeover, reshaped its interiors, revolutionized its driveline and increased its total length by 100 mm. Ten cm more, then, from 6,010 to 6,110 mm, entirely to the benefit of the last row and of passengers seating at the back. The vehicle is powered through a 122 kW central motor by Siemens (as against the 100 kW of the old version). A powerful solution for a six-meter bus, that makes it able to face steep roads.

The battery packs, still based on Lithium-iron-phosphate (LFP) formula, had originally a capacity of 143 kWh, but a new option of 170 kWh has been added. For the time being the bus can be only charged overnight. 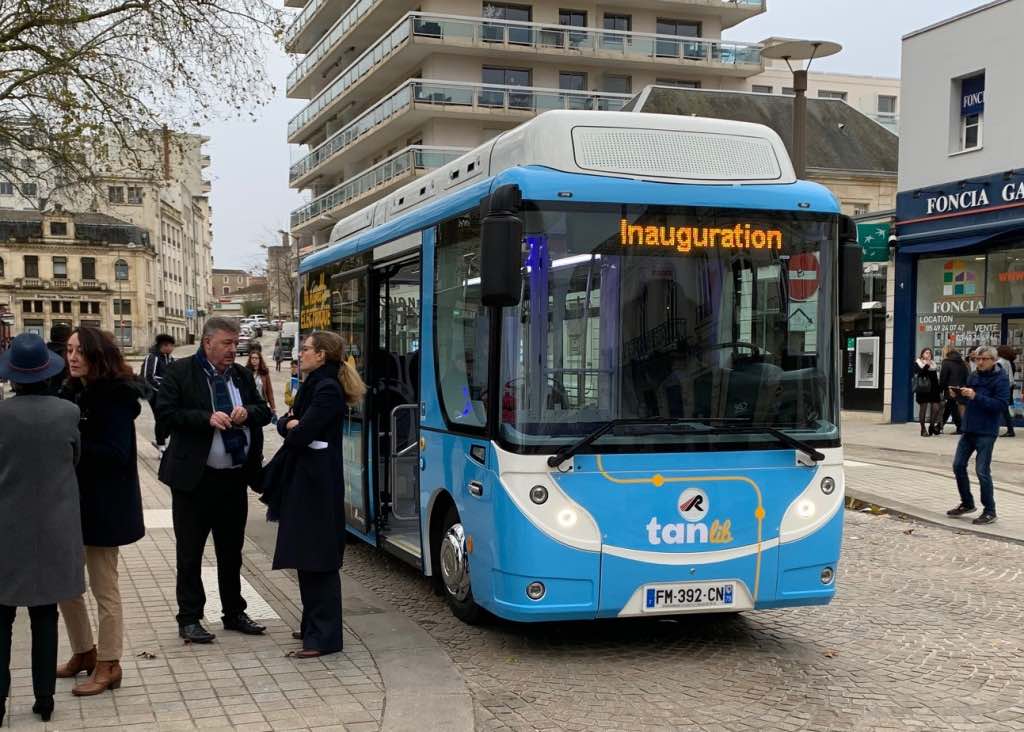 The Rampini E80, electric ‘heir’ of the well-known Alè, is 7.8 meters long and can accommodate up to 45 people, including ten seats. Several units are operating in Genoa (Italy), where a tender for 10 vehicles was awarded to Rampini in 2018. The electric bus features the same Siemens three-phase asynchronous motor of the E60 (122 kW). The batteries, located on the back and on the roof, are able to store up to 200 kWh (the similar model equipped with rapid charging systems, in service for example in Vienna and Regensburg, has battery packs of 90 kWh). And battery capacity reaches no less than 358 kWh on the Rampini E120.

Rampini speeds up on R&D

A series of new developments has recently interested the Italian electric bus company, Rampini points out. The workforce has grown by 20% in the last 12 months. In particular, new resources have joined the R&D office.

A total reorganization of the warehouse has been realized with the introduction of automatic picking systems. The factory has also been reorganized: today the E60 and E80 are assembled on two parallel production lines. Waste materials are recuperated with the aim of increasing the company’s level of eco-sustainability. And flexibility in the interior configuration has become mandatory: Rampini is prepared to accomplish the anti Covid-19 measures, for instance by providing the buses with a protective barrier for driver’s cab). 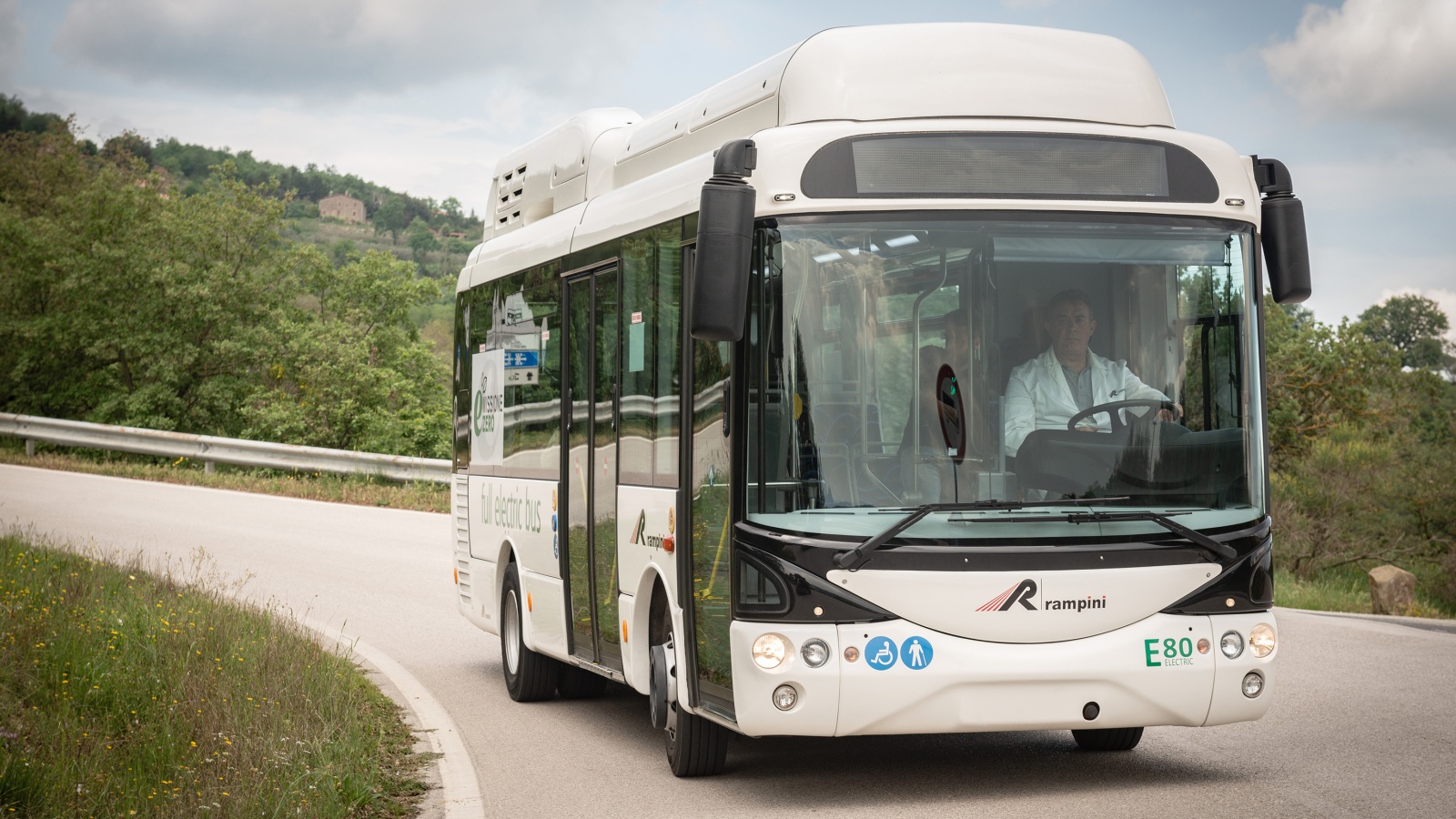 Electric turn for Altas Auto, Latvia-based company active in the production of small buses. The Lithuanian manufacturer, in fact, from 2022 will focus on electric vehicles, setting itself the goal of achieving at least 20% of its sales with electric vehicles. And that’s not all: by 2025 Altas ...
The latest Sustainable Bus magazine, September 2021 issue, is out. The MAN Lion’s City E stands on the cover, while other prominent zero emissions bus models such as Isuzu Novociti Volt and Solaris Urbino hydrogen have been tested and put under the lens within the magazine. Interview? VDV Vice...
Electric powertrain experts Equipmake and Spanish bus builder Beulas introduce Jewel E, a full electric double decker bus with claimed range of up to 250 miles. Battery capacity can reach (optionally) 543 kWh. The new electric double decker (which is the electric variant of Beulas Jewel model) will ...
The Finnish bus company Oy Pohjolan Liikenne Ab and VDL Bus & Coach sign on a further boost to green public transport in Finland, with 25 VDL Citea New Generation, based on electric drivetrains and with state-of-the-art features, to join the fleet in the port city of Kotka. They will also serve ...