Solaris has received sofar more than 500 orders for its battery electric buses. And is ready to unveil the new design for Urbino range at UITP Global Public Transport Summit in Stockholm within a couple of weeks. The same venue will be the occasion for the launch of the Solaris Urbino 12 hydrogen. 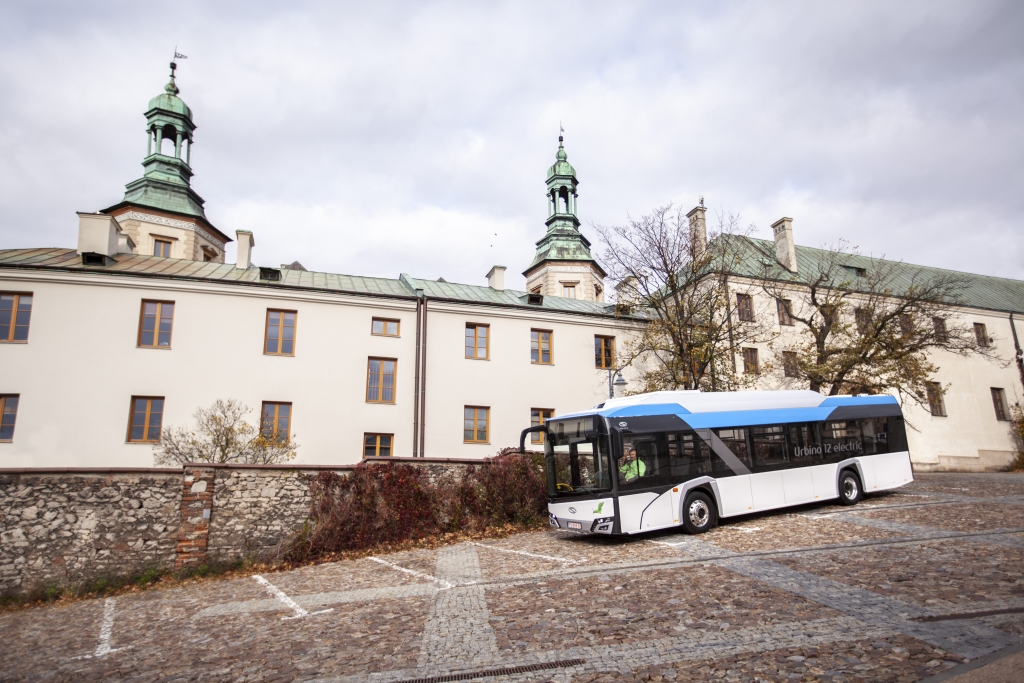 The nearest implementation is the contract for the supply of four Solaris Urbino 12 electric buses, which will soon be included in the Norgesbuss operator fleet from Oslo. These buses, Solaris points out, will join two Urbino 12 electric delivered to the carrier last year. The new buses will be equipped with 145 kWh Solaris High Power batteries, which will recharged via both the plug-in connector and the fast charging pantograph.

Norgesbuss also ordered as many as 17 zero emission buses Volvo 7900 Electric to be delivered this year. In the Norwegian capital will also go into service 40 electric buses (thirty articulated and ten 12 meters) by Vdl Bus & Coach, that will be deployed by the operator Unibuss, and 42 articulated BYD ebuses ordered by Nobina.

Sorlandsruta operator will receive a Solaris Urbino 8,9 LE electric, that will be operate the line in the city of Mandal in the southern part of the country. The Urbino 8,9 LE electric ordered for Mandal will be driven by a 160 kW central engine (by TSA) in place of the ZF electric axle. The energy needed to power the vehicle will be stored in 160 kWh Solaris High Energy batteries (the option suitable for overnight charging). The charging of the batteries will take place via a plug-in connection, while the vehicle will be mechanically and electrically prepared for the subsequent installation of the fast-charging pantograph, Solaris states.

Further zero emission buses from Bolechowo which will soon be delivered to Norway: two Solaris Urbino 12 electric ordered by Boreal. The buses will be operated in the city of Kristiansand, on the south coast of the country. Electric axles with integrated electric motors with the power of 2×125 kW will be used to drive the vehicles. For energy storage, a set of 145 kWh Solaris High Power batteries will be provided, which will be charged both via the plug-in connector and through the pantograph. This is another purchase of Solaris electric buses by Boreal, which already received a delivery of five Urbino 12 electric in 2018. Kristiansand has been the second Norwegian city after Oslo to order Solaris zero emission buses.

The equipment ordered by the Norwegian operators will include, among others air conditioning, monitoring system and passenger information system with a voice announcement of stops. The Polish manufacturer will also install the additional thermal insulation package characteristic of the Scandinavian countries, including heating mats in the door area. Another solution that increases the safety of travelers is the breathalyzer that prevents the vehicle from starting without subjecting the driver to a sobriety test.