Ebe Europa will supply 15 hydrogen buses equipped with Proton Power Systems fuel cell system in Germany. The news was announced a few days ago. Proton Power System received a order from Memmingen company Ebe Europa (integrator and distributor of electric buses) for 15 hydrogen powered fuel cells of 60kW of generating capacity each. The supply was awarded in the framework of European funded Jive project. 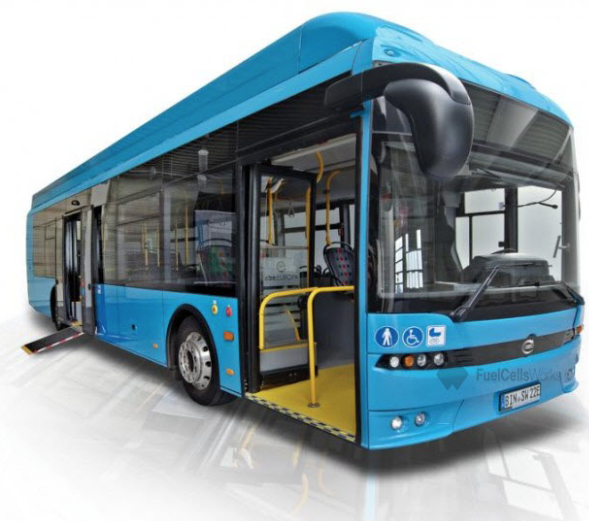 Founded in 1998 as a spin-off from Magnet Motor, Proton Power System is a German company that addresses stationary, mobile and maritime applications with integrated energy supply concepts. Also applications for buses, commercial vehicles, ships and stationary power generation are part of the company’s portfolio.

The ultimate customers of the 15 fuel cell buses are four city councils in Germany (Frankfurt am Main, Mainz, Muenster and Wiesbaden).  The total value of the order is EUR 4.1 million, with secured payment conditions including a further eight years warranty. It is expected that the 15 fuel cells will be delivered within the next 12 months.

Proton is already in discussion with the other major component suppliers to Ebe Europa in order to achieve delivery within the next few months.

In October 2018 it was announced a supply for 11 fuel cell buses to be provided by Ebe Europa to Frankfurt, Mainz and Weisbaden. The buses, named Blue City Bus, are manufactured by Autosan in Poland and feature e-Traction electric drive system.

Skoda Electric and Proton Power System recently signed a letter of intent in order to jointly develop, sell and service fuel cell buses using Proton’s modular HyRange systems. The first outcome of the cooperations is expected to debut on the road by the first quarter of 2020. Cooperation between the two companies was already established in 2009. The two companies set the goal of producing, in the first stages of the cooperation, at least ten fuel cell buses per year for European markets.