Ebusco 3.0 is on the launching pad, while 2020 is ending with 200 e-bus deliveries. Next year, due to the pandemic, will not end up with such numbers. Anyhow, next year will see the begin of series production for the new generation e-bus made by the Dutch company and for the first time entirely produced in the Netherlands. Focus on light-weight and lifespan.

We discussed with Peter Bijvelds, CEO of Ebusco, outlooks and strategies of the Deurne-based company. 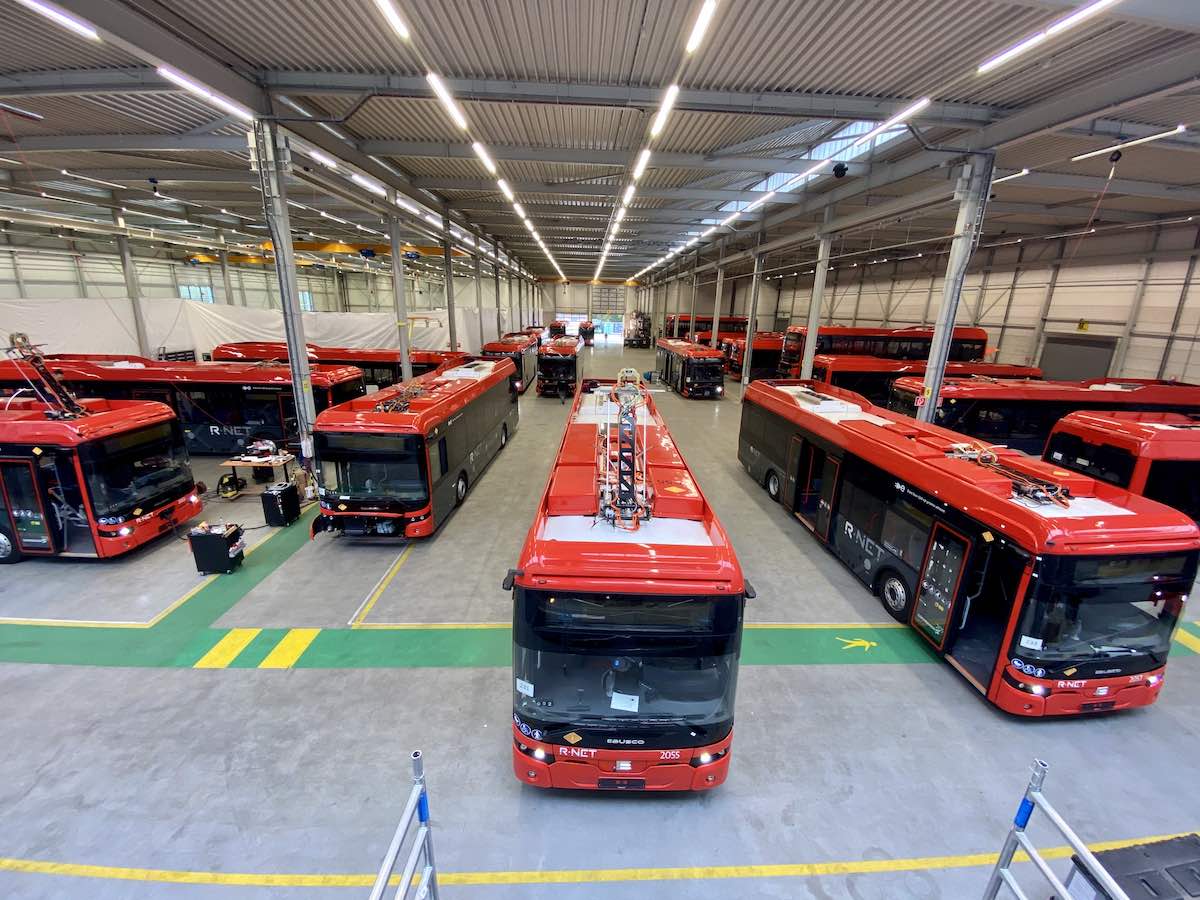 Peter Bijvelds, CEO of Ebusco, based on the figures at your disposal, which has been the impact of the Coronavirus crisis on the European e-bus market, this year? And what are you expecting for the 2021?

«This year is still very good for us. We grow every year more than 100 per cent. This year we have been delivering around 200 buses, compared to around 100 in 2019. But, we must say, in 2021 we won’t keep growing at such pace. A lot of tenders this year have been cancelled or delayed, particularly in the Netherlands. Next year we hope we will win tenders in big cities in Europe, but in some cases, even if we win, deliveries will be scheduled in 2022».

German players are going to approach the e-bus market aggressively in 2021. How do you see the consequences on the development of the electric bus market?

«I believe it is certainly good that many manufacturers will deliver more electric buses. This will help the market to grow. On the other hand, we already gained a lot of experience. I’m happy they are here but we are not afraid, especially given that we are going to start delivering the Ebusco 3.0 soon».

«For the Ebusco 2.2 all the components are from Europe (let’s mention ZF axles, Continental dashboard and Thermo King AC). Part of the assembly is done in China and part, the end works, here in Deurne. The Ebusco 3.0 will be built entirely here in the Netherlands».

Which production capacity are you targeting in Deurne?

«We can grow up to 3.5 buses per day, for a yearly capacity between 700 and 800 vehicles on two shifts. In the company there are at the moment around 180 people directly working for us, with another 40-50 people hired externally».

Your company has received significant orders so far in the Netherlands, in some German cities (Frankfurt and Munich, for instance)  and in Belgium. At the moment are you targeting any other market in particular? Are you going to expand in other markets through dealers or with Ebusco organization directly?

«Normally directly with Ebusco. We are targeting in particular France, Switzerland and the Scandinavian countries. It will also depend on the markets».

When should we expect the launch of an Ebusco articulated e-bus?

«Between 30 and 40 buses will be in operation in the Netherlands next year. Our Ebusco 2.2 articulated bus has 525 kWh of battery capacity and rear cameras in place of mirrors. It features a big window in the rear as all the batteries are on the roof. This is a different configuration than on the 12-meter, where half of the batteries are on the roof and half on the rear. But we’d like to stress that also the Ebusco 3.0 will be available in articulated version, around 12 months after the start of production of the 12-meter».

Indeed, when are planning the start of series production of Ebusco 3.0?

«We are now producing the first vehicles for Munich. Series production will begin in March 2021. Main novelties will be the use of composite for the whole body, and the placement of all the battery packs under the floor. What is also worth noticing is the 90 cm wide corridor in the rear that allows smooth movement of wheelchairs and prams. Also, the pavement is completely flat from front to rear. The weight will only be 9 ton».

And concerning the driveline?

«On the Ebusco 3.0 we will have the ZF AxTrax, that is already used on the Ebusco 2.2 articulated. But we have modified the axles together with ZF: we have made it wider, in order to allow the displacement of batteries in the floor and to make the pavement as low as possible».

Ebusco vehicles are equipped for depot charging only. Don’t you think that this could end up being penalizing for some markets?

«On the Ebusco 3.0 we’ll have up to 500 km of range: with such range you don’t need opportunity charging».

Are you going to offer any e-bus homologated in Class II?

«We already have buses in Germany that travel an average of 380 km per day. They are homologated in Class I. But if a customer demands a Class II bus we can deliver it».

«No, it won’t. The Ebusco 3.0 is meant to be a completely different bus, 5 tons lighter than MAN and Mercedes. Normally a bus has to be changed in 10 years, because of the emission level. But now we have zero emission buses. They don’t have any emission class anymore. Therefore, we expect the Ebusco 3.0 to be in operation for minimum 20 years. After all, the composite doesn’t corrode. Our goal, in the future, is to sell it at the same price as the Ebusco 2.2».

Batteries will have to be replaced. How often?

Most of Western manufacturers are working with NMC and solid-state batteries are coming as a further option. Ebusco has been adopting LFP chemistry so far. Which are the reason of this choice?

«It’s the safest technology. The solid-state batteries that will come on market have a lower energy density than our LFP batteries. We reach 150 Wh/kg at packing level. I think the electric commercial vehicles will be mainly equipped with LFP batteries in the future».

Which is the position of Ebusco with regards to fuel cell buses?

«We think both are electric buses, we are open for both. At the moment, taking TCO into consideration, hydrogen buses can’t compete with electric buses, so we keep being focused on the battery-electric technology».