Ebusco in Frankfurt, 13 electric buses for Transdev. Deliveries within 2020

New commercial success for Ebusco in Germany. The Dutch manufacturer will deliver 13 electric buses Ebusco 2.2 to Frankfurt with the Transdev Group in the end of 2020. The model is already working in several German cities (amongst others in Munich, Wartburg and on the island Borkum) and in Dutch cities (such as in Groningen, Dordrecht and Utrecht). Another 156 electric bus units will be driving in the Dutch cities of Haarlem and Amsterdam at the end of 2020, that will be operated by Transdev the Netherlands. An order has been recently secured in Belgium. 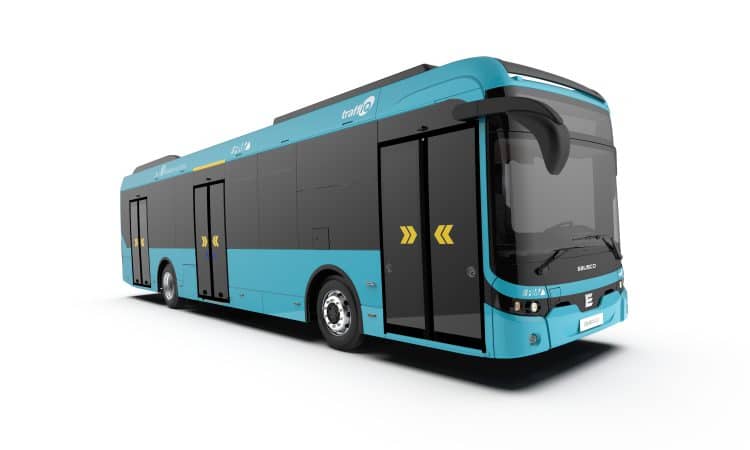 Frankfurt, alternative buses in the spotlight (with Ebusco)

The Ebusco 2.2 for Frankfurt will be in low-floor version and will be operated by Transdev Rhein-Main GmbH under the Alpina brand, and will replace the current diesel buses.

The City of Frankfurt am Main is pursuing the goal of operating all bus traffic by 2030 with alternative drive types. The operator In-de-City-Bus GmbH (ICB) has placed orders for 9 articulated electric buses by Irizar and 5 Solaris Urbino 12 Electric. According to a survey carried out last year by the German weekly magazine Wirtschaftswoche, in 2030 the main five German cities (Frankfurt of course is part of the group) will have a total of 3,000 electric buses in operation.

«With our Europe-wide experience in the field of e-mobility, we actively support local authorities in the turnaround in traffic and at the same time make a contribution to improving air quality», says Henrik Behrens, Managing Director Bus of the Transdev Group in Germany.