In Berlin 15 electric articulated buses will join the thirty 12-meter ebuses already ordered (and partially delivered). Solaris Bus & Coach has been awarded a contract for 15 Solaris Urbino 18 electric. With this order BVG enters the next phase of electric bus procurement and for the first time orders fully electric articulated buses. The contract is worth around 14 million euros.

CLICK HERE FOR THE ARTICLE:
SOLARIS URBINO 18 ELECTRIC, WHEN THE DRIVER DESERVES THE BEST 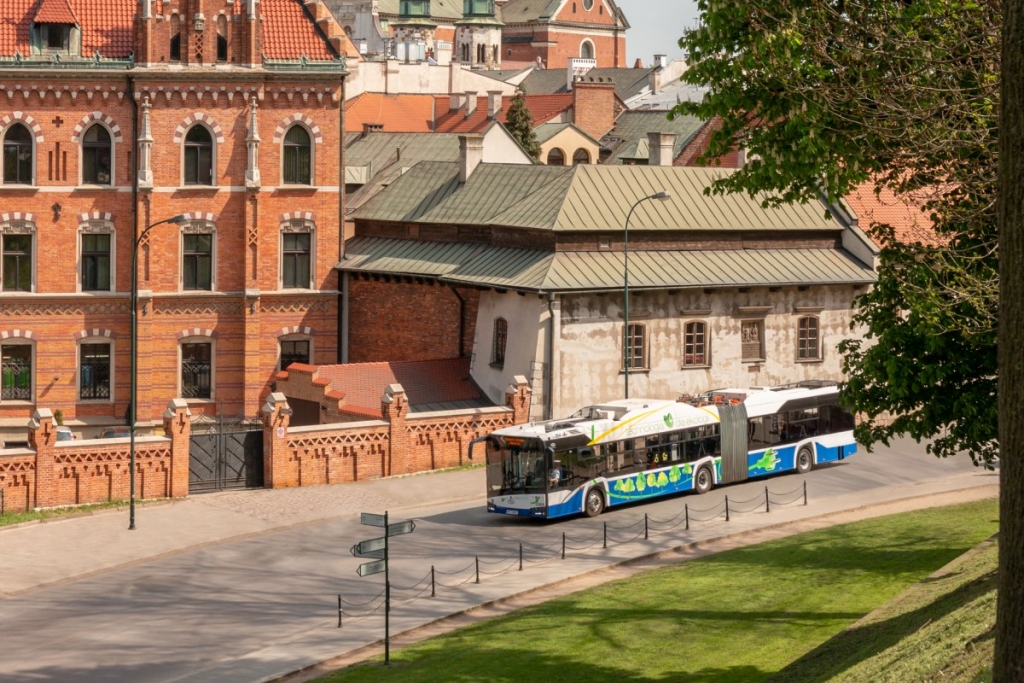 The first time of pantograph charged buses in Berlin

The articulated electric buses by Solaris (a company that in 2018 registered a 36 per cent low or zero emission bus sales) will be delivered from spring 2020. The new vehicles ordered by BVG Berlin will be charged through pantograph at the terminal stops (a premiere in Berlin). The fast charging stations will be supplied by Siemens. The vehicles will be equipped with Solaris High Power batteries with a total capacity of 174 kWh. The drive unit will be made of an axle with integrated electric motors ZF.

The lighting of the bus both inside and outside will be made using LED technology. The operator decided to order electric heating for the vehicles, and the air conditioning will be equipped with a heat pump.

The new vehicles are 18 metres long and offer space for 99 passengers. The electric articulated vehicles will be located at the depot in Indira-Gandhi-Strasse and will be used on line 200 (popular between tourists), BVG points out. Stopovers include the Philharmonie, Potsdamer Platz and Alexanderplatz.

BVG bought its first electric bus units last year with a tender won by Mercedes for 15 eCitaro and by Solaris, with its Urbino 12 electric, for the other 15. The vehicles will be delivered in spring 2018, even if the first units has already been presented. Anyway, this doesn’t mean the city is stopping its investments on diesel bueses, as proved by the record-breaking order for up to 950 city buses, also Citaro, signed in 2018.

Vehicles and infrastructure will be procured as part of the “E-MetroBus” research and development project. The aim of the project is to test the vehicles on high-frequency bus service in Berlin. The “E-MetroBus” project is being funded by the Federal Ministry of Transport and Digital Infrastructure with a total of 5.6 million euros within the framework of the Electromobility Funding Directive, BVG explains in a press release. The implementation of the funding directive is coordinated by NOW (National Organisation for Hydrogen and Fuel Cell Technology).

The transition to electric buses in Germany

Many cities in Germany are increasingly implementing diesel bans in order to lower the CO2 and particulate pollutions. In August 2018, the Federal Ministry of Transport pledged a total of 125 million euros for the implementation of projects dedicated to the improvement of air quality. Also discount on public transport tickets are included among the measures taken in order to convince citizens to use collective transportation instead of private cars. The priority, anyway, Wirtschaftswoche reports, is the conversion of public transport to electric bus. The German weekly magazine has carried out a survey involving local public transport companies in Berlin, Hamburg, Munich, Cologne and Frankfurt, i.e. the five largest German cities. The outcome? They are planning to purchase at least 3,000 electric buses by 2030.

CLICK HERE FOR THE ARTICLE
GERMANY 2030: 3,000 ELECTRIC BUSES IN THE 5 BIGGEST CITIES