Electric bus by Scania is moving forward toward serial production. Three Citywide LF electric have been tested since the end of 2017 in the Swedish northern city of Östersund on a 14 km line equipped with two charging stations at both ends of the line. The electric bus has been shown at IAA in Hannover, where Scania unveiled the first LNG coach in the world. 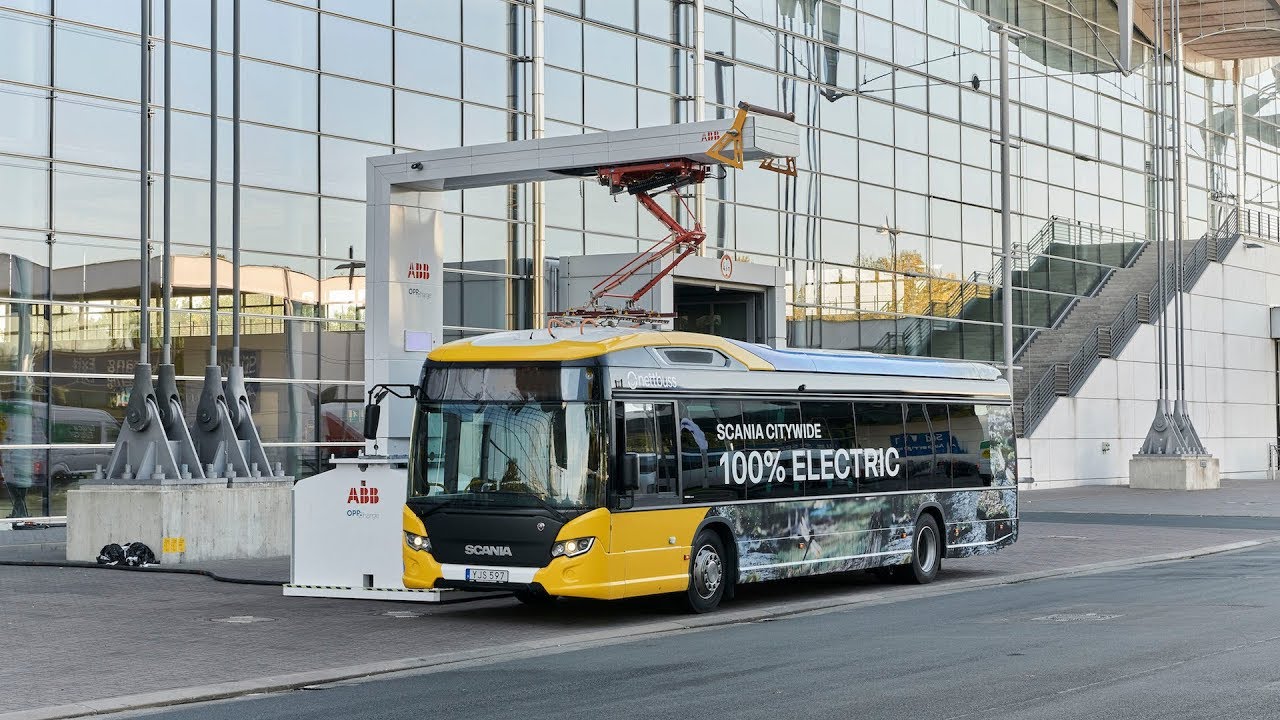 A pilot in the north for Scania electric bus

Following six-month trials of the battery electric Scania Citywide in the northern Swedish city of Östersund, results are encouraging and Scania is moving forward toward serial production, Scania reports in a press release. No information are provided regarding the starting moment of serial production. According to the announcements released before the beginning of the pilot, in 2019 other three units of electric bus by Scania will start the operations. The first three vehicles have been deployed on the city main line, with buses running every 15 min, for a total of 100 journeys a day.

“We have an uptime level which is basically in line with our conventional buses,” reports Karin Rådström, Head of Buses and Coaches, Scania. “The buses are performing very well and both the operator and the public transport authority are pleased.” In developing battery electric buses, Scania adheres to its modular philosophy to meet diverging demands. “We know that all cities and operators have varying demands and that won’t change just because the buses are electrically powered. However, robustness and uptime will remain as important as ever. In the long run, the total cost of operating battery electric buses will come down since we can use and reuse technology and the same parts as in our conventional buses. That will also enable us to provide a wide range of different versions of electric buses, such as articulated variants and buses with different bodies.”

Electric bus is clean if energy is clean

Rådström underlines that battery electric buses are only effective in curbing carbon emissions if the charging electricity is generated through clean energy. In Östersund, the buses are charged on hydroelectric power and are thereby fully fossil free. “Otherwise, it’s actually better to operate a diesel bus.”

Scania and the focus on gas

Battery electric buses, according to Scania, are best suited for inner city bus operations that actually only account for one-fifth of bus operations in urban areas. “In different areas of the city, there will be different needs. Our electric bus has its place in the inner city but in suburbs and in traffic between the inner city and suburbs we have other solutions that we believe are more suitable such as buses fuelled by natural and biogas as well as our hybrid buses.”
For instance, Scania sold 184 units of interurban Cng buses to EMT Madrid. In UK, Bristol Community Transport has invested in a fleet of 21 Scania biogas buses built with Alexander Dennis bodywork. Also, recently a Scania Interlink LD powered with ED945 (a kind of biofuel made of grape marc, the residue produced in wine-making process) has been used on a pilot between Bordeaux and Blaye, in France, deployed by the transport operator Citram Aquitaine