MZA Warsaw has just taken delivery of the 20,000th bus ever produced by Solaris Bus & Coach. This handover involves the last of the 130 electric bus units supplied to the capital of Poland following the order secured in summer 2019 (the first bus was delivered in end March).

Solaris announced yesterday that the 20,000th bus has just rolled out of the Solaris factory gates in Bolechowo, near Poznań. Today the firm manufactures over 1500 buses annually, with nearly half of these featuring electric drives and a clear majority of these not generating gas emissions. In the first three quarters of 2020, Solaris was the biggest maker of battery buses in Europe, with a market share of 23%. 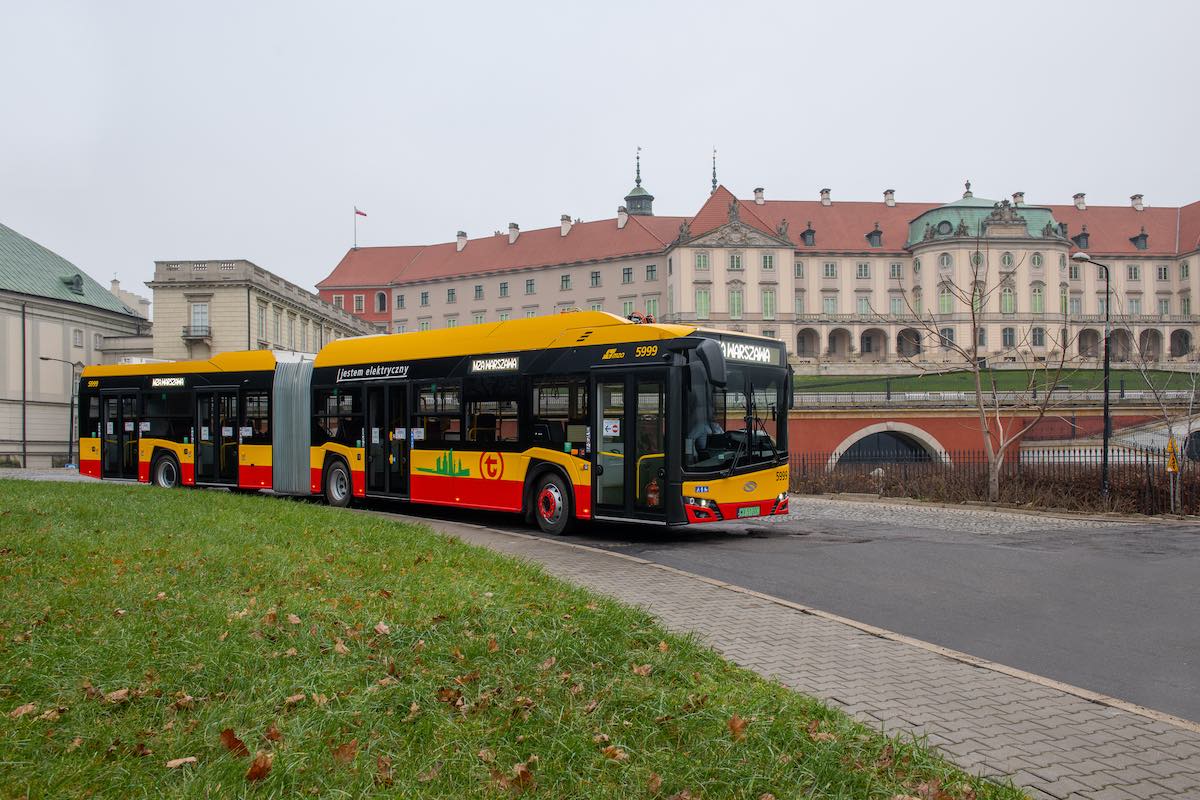 The 20,000th Solaris bus is a battery-electric bus

Solaris has been producing innovative and environmentally friendly buses since 1996. Today, the 20,000th vehicle manufactured in the Solaris factory has rolled out onto the streets of Warsaw. Its MZA bus fleet number is 5999.

The bus that will be carrying Warsaw residents as of today is the last of the vehicles delivered by Solaris under a huge order for 130 electric buses placed by Warsaw in 2019. Operator MZA in Warsaw is definitely the biggest – and incidentally also one of the first – clients of Solaris, the bus producer says. The municipal carrier has purchased over 1200 Solaris vehicles of various generations so far, and this includes 150 ultramodern electric buses.

The jubilee bus of Solaris – the 20,000th Urbino – is then an electric vehicle. That bus will be deployed to the line 503, which is served exclusively by zero-emission vehicles. Painted in the red and yellow coat of MZA, the bus will be stationed at the depot Stalowa, where its batteries will get recharged overnight. Ekoenergetyka has been chosen as charging partner for Warsaw’s e-bus deployment.

The last of the 130 electric buses does not mark the end of the impressive purchasing strategy of MZA though. According to the plans of the operator, by 2027 half of all the 1,500 Warsaw-based buses are to be either low- or zero-emission.

“If you take a look at the first and at the latest generation of Solaris vehicles of the Urbino range, you will definitely notice the enormous progress made in public transport. It is not only about the advancement of technology and the design of vehicles, although this area, too, has undergone an impressive transformation. For Solaris though, the most important change that has happened in the industry over the past two decades is the transition of priorities towards clean drivelines, and consequently, towards the quality of life of city inhabitants,” noted Javier Calleja, CEO of Solaris. 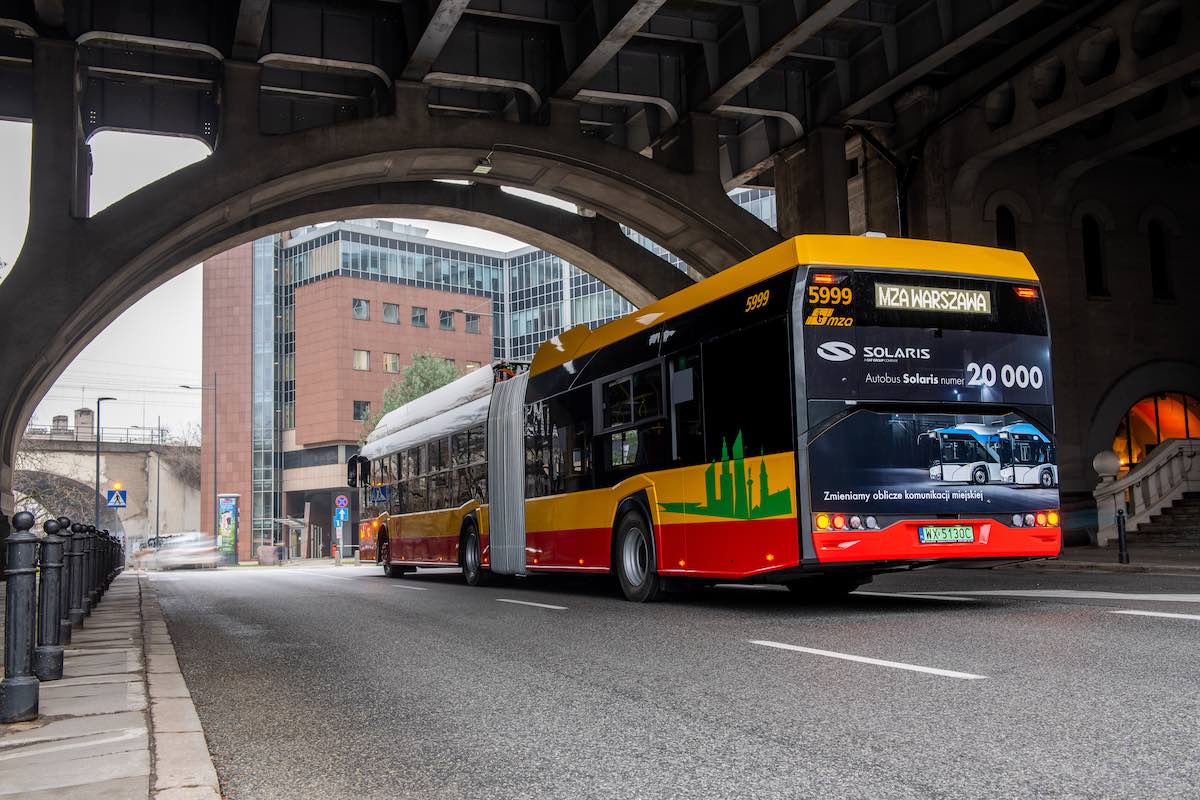 Zero-emission trolleybuses since 2001 for Solaris

The producer has recognised the future prospects of electric drives long before the launch of its first electric bus. Since 2001, Solaris has been producing zero-emission trolleybuses. Solaris’ experience stemming from the assembly of over 1600 Trollinos, currently cruising in dozens of cities, elevates the company to the top of rankings of European manufacturers of such vehicles.

2006 marked yet another step on the path of development of the firm, Solaris reminds. That was the year the hybrid bus Urbino hybrid – the first serially produced bus of its type in Europe – had its debut.

The first Urbino electric, in 2011

A milestone for the company, 2011 was the year Solaris unveiled its first Urbino electric, which catapulted the company to the rank of sector pioneer and defined the DNA of Solaris. From that moment on, the firm has been investing above all else in the perfection of zero-emission technology. 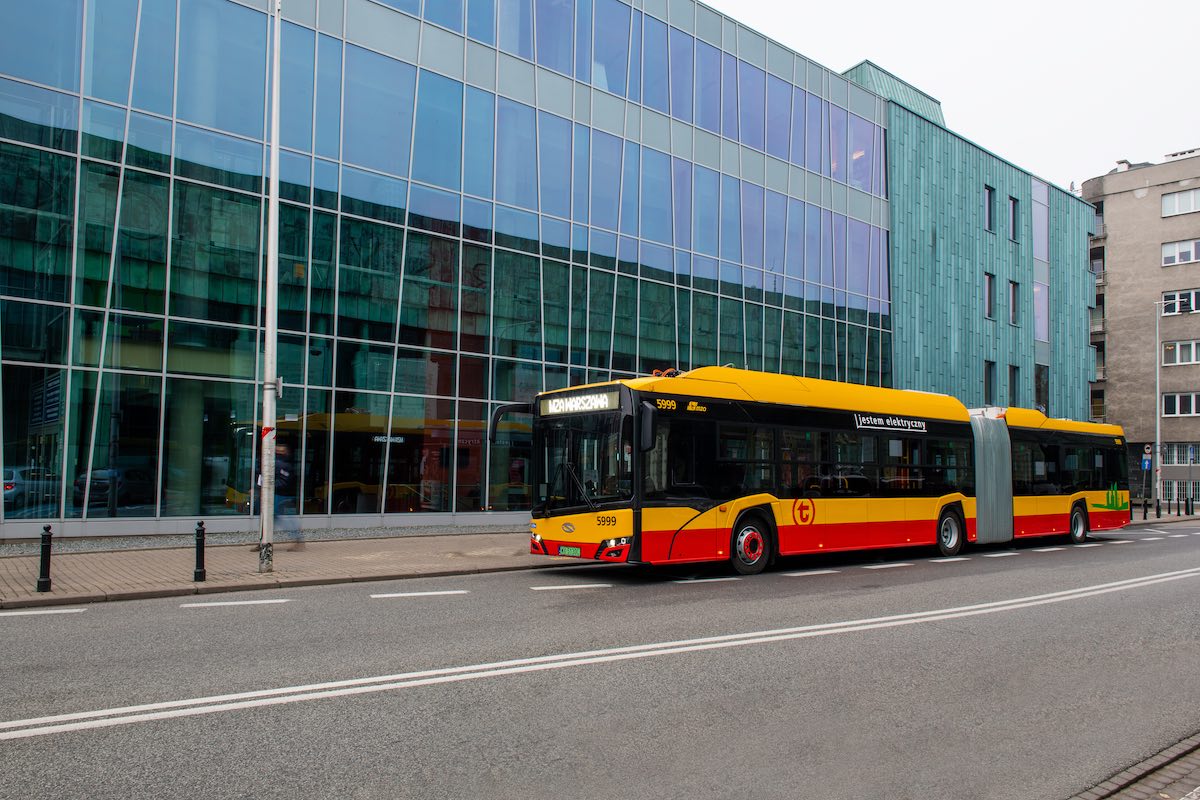